Other presidents did not declare martial law despite rebellion – Pangilinan 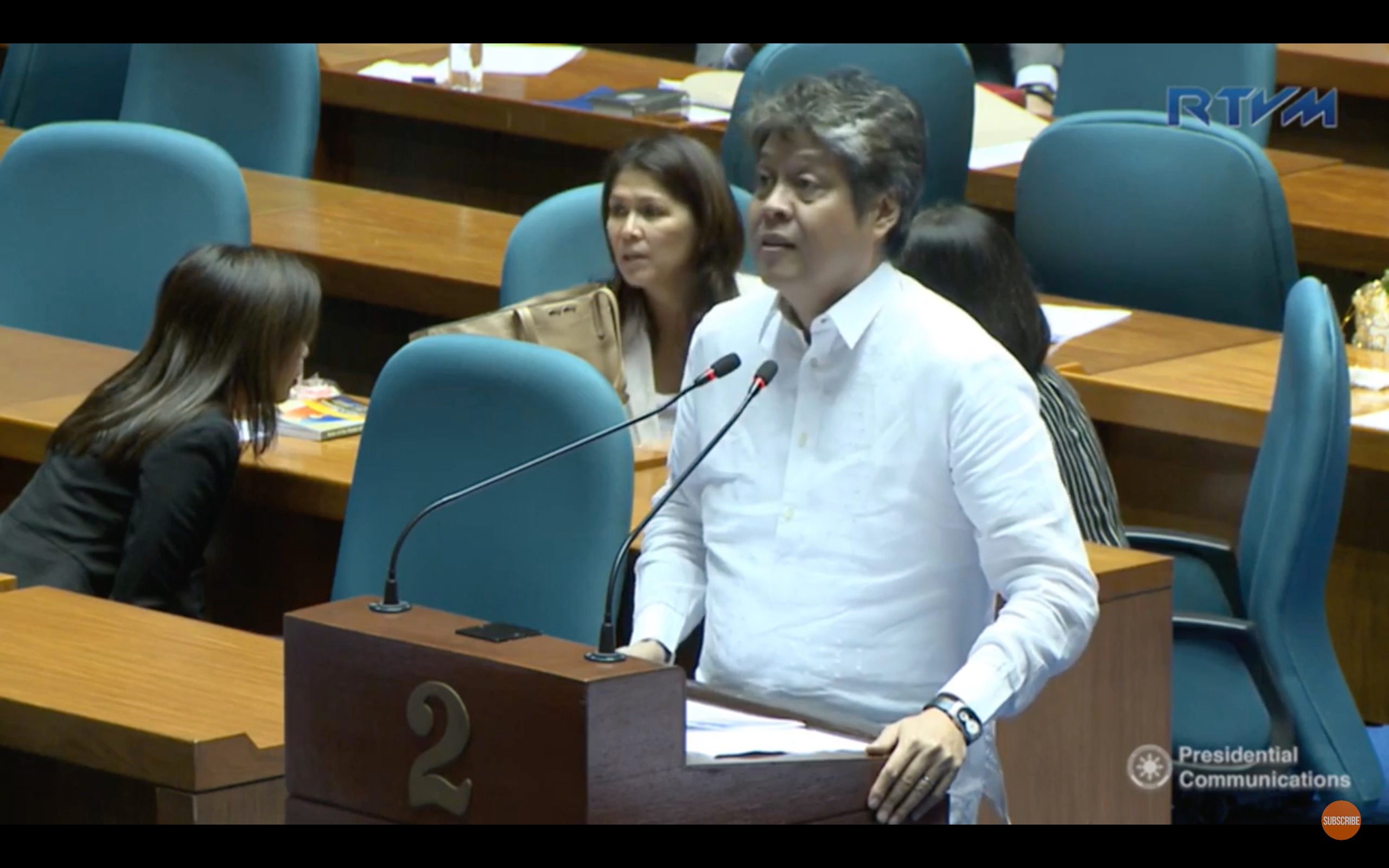 Facebook Twitter Copy URL
Copied
In response, Executive Secretary Salvador Medialdea says President Rodrigo Duterte is different from his predecessors, and 'what we have on hand is the 2017 situation'

MANILA, Philippines – Liberal Party president and minority Senator Francis Pangilinan questioned the seemingly “arbitrary” declaration and further extension of martial law in Mindanao, saying other presidents did not declare it despite instances of rebellion.

Pangilinan said martial law is an extreme measure that must not be exercised whimsically – a view shared by Senior Deputy Executive Secretary Menardo Guevarra when asked by the senator during a joint session of Congress on Malacañang’s request for a one-year extension of martial law in Mindanao.

Pangilinan questioned why there was a need to extend martial law in Mindanao until end of 2018, when Marawi City was already cleared to terrorists, as earlier announced by the military.

He cited past incidents since 2000, when previous leaders faced clashes with rebels, resulting to deaths and loss of property, but did not declare martial law to solve it.

“In 2012, the Zamboanga Siege, hundreds were displaced during the 3 weeks of fighting with MNLF rebels, martial law was not declared precisely because martial law is an extreme measure that cannot be imposed by whim,” Pangilinan said.

“No more combat operations, why are we asking for one year? Why not 6 months? Why one year when martial law is an extraordinary measure as admitted by our resource persons? It’s no longer extraordinary, it has become a norm if we are to allow this one-year extension,” he added.

In response, Executive Secretary Salvado Medialdea said President Rodrigo Duterte is a different kind of leader and added that the situation now could not be compared to previous instances.

“We cannot answer about the judgment call of the President. We now have a different president who has political will to answer for the consequences of the decision. What we have on hand is the 2017 situation,” Medialdea said.

Pangilinan did not buy it, maintaining there was no logic to the proposal.

During the joint session, other minority senators questioned President Rodrigo Duterte’s request, with Senate Minority Leader Franklin Drilon warning that the further extension was a “prelude” to a nationwide declaration. – Rappler.com