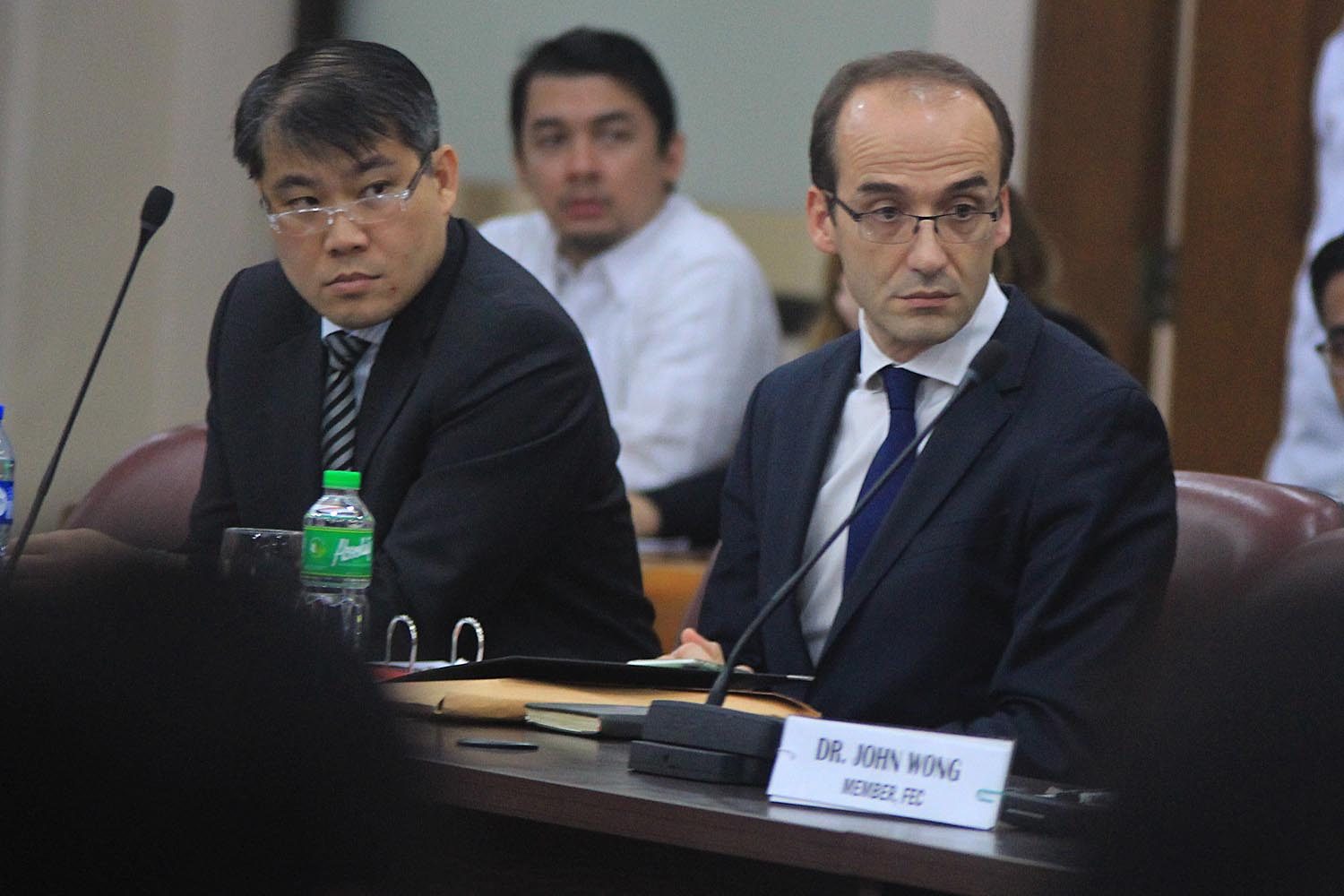 Facebook Twitter Copy URL
Copied
Sanofi Pasteur Asia Pacific head Thomas Triomphe tells a House committee there is no worldwide scare due to their latest advisory, and that Dengvaxia is safe and effective

MANILA, Philippines – A representative of French pharmaceutical giant Sanofi Pasteur on Wednesday, December 13, insisted that even after their latest advisory on dengue vaccine, “there is no reason for a public scare.”

During a joint committee hearing at the House of Representatives, Sanofi Pasteur Asia Pacific head Thomas Triomphe said there is no worldwide scare caused by their latest advisory, and that Dengvaxia is safe and effective.

“There is no such thing as any vaccine that has no adverse event. It is the work of [the] manufacturer to identify that and report it,” he explained to Nueva Ecija Representative Estrellita Suansing.

Sanofi earlier revealed that its Dengvaxia dengue vaccine could cause more severe cases of dengue if administered on a person who had not been previously infected by the virus.

Suansing on Wednesday clarified with Triomphe if what he’s saying is that there is no reason for a public scare at the moment. To this, he answered yes.

SAGIP Representative Rodante Marcoleta then told Triomphe that their advisory actually caused public alarm. He even asked the Sanofi representative if he knows the meaning of the word “tact.”

“Please be considerate in your statements. Be sensitive…. This is our society, this is not Paris,” he added.

Dr Tony Leachon, who has opposed the implementation of the dengue vaccination program as early as 2016, said if Sanofi’s advisory is not serious “why would you have to change your product label?”

Health Secretary Francisco Duque III also slammed Sanofi, saying that “there seems to be a lot of mental dishonesty going on.”

“Kumambyo ‘tong mga ‘to (they shifted gears). They were trying to water down the impact of their initial advisory that created public uproar,” he said.

Duque questioned why days after their first advisory, Sanofi clarified and said they observed grade I and grade II symptoms, and never saw grade IV symptoms.

“What happened to the grade III? You did not even mention if you had observed grade III. I suspect they did observe grade III but they didn’t want to disclose this precisely because they were afraid that the public uproar was reaching a crescendo and therefore they had to water down,” he said.

But Antipolo City Representative Romeo Acop asked Duque if his manifestation means that the Department of Health did nothing wrong on the issue of the dengue vaccine.

“That wasn’t what I meant. I only meant their first press release on November 29 where they said they observed severe dengue and then 4 days later they practically withdrew their first statement by saying that the symptoms belong to grades I and II under [World Health Organization] definition. That’s all,” Duque explained.

The hearing is still ongoing as of this posting. – Rappler.com