Dec 13, 2017 9:50 PM PHT
Patty Pasion
Facebook Twitter Copy URL
Copied
A lawmaker questions why the pharmaceutical company seemed 'certain all along' that it would get the contract from the Philippine government 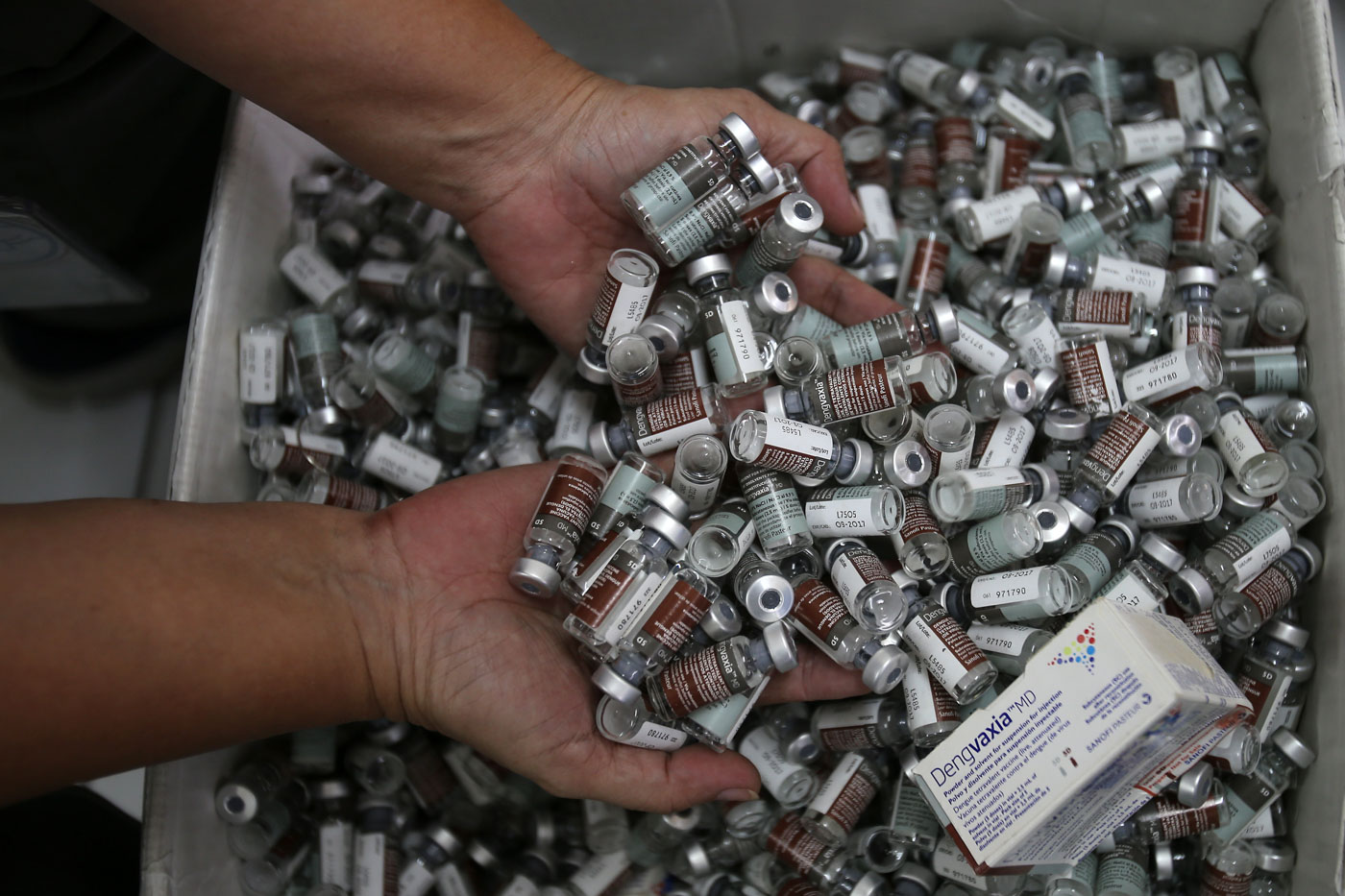 MANILA, Philippines – Even before pharmaceutical company Sanofi Pasteur bagged a contract from the Philippine government, it had already imported stocks of its Dengvaxia dengue vaccine into the country.

According to Triomphe, 200,000 vials – equivalent to one million doses – were brought to the Philippines by mid-January 2016.

This made the delivery of the vials to the Philippine Children’s Medical Center (PCMC) unusually fast – just 4 days after the date of issuance of the notice to proceed. PCMC was the agency directed by the Department of Health (DOH) to procure Dengvaxia.

Iloilo 4th District Representative Ferjenel Biron questioned why the vaccine was imported into the country even before the awarding of the contract.

“You were certain all along that you will get this contract of P3 billion,” said Biron. (READ: Sanofi exec denies meeting with Aquino a ‘sales pitch’)

Triomphe then replied that they were just prepositioning their stocks and that it would have been easy to transport the vials back to France.

But Biron said such would be an inconvenient practice for Sanofi and its Philippine distributor, Zuellig Pharma.

The lawmaker also questioned the length of time Sanofi was able to secure a Certificate of Product Registration (CPR) from the Food and Drug Administration (FDA).

According to the FDA, it usually takes 9 to 24 months to get a CPR. But it only took 7 months for Dengvaxia’s distributors to get one.

The “hasty” procurement and registration are among the issues raised against the dengue vaccine that cost the Philippine government P3.5 billion.

Senate blue ribbon committee chairperson Richard Gordon said in a Senate hearing last Monday, December 11, that there might be a “conspiracy” behind the procurement since it was too fast.

Around 837,556 public school students received Dengvaxia as part of the government’s immunization program. The Department of Education has ordered the monitoring of these students. (READ: [EDITORIAL] #AnimatED: Somebody has to answer for the dengue vaccine disaster) – Rappler.com