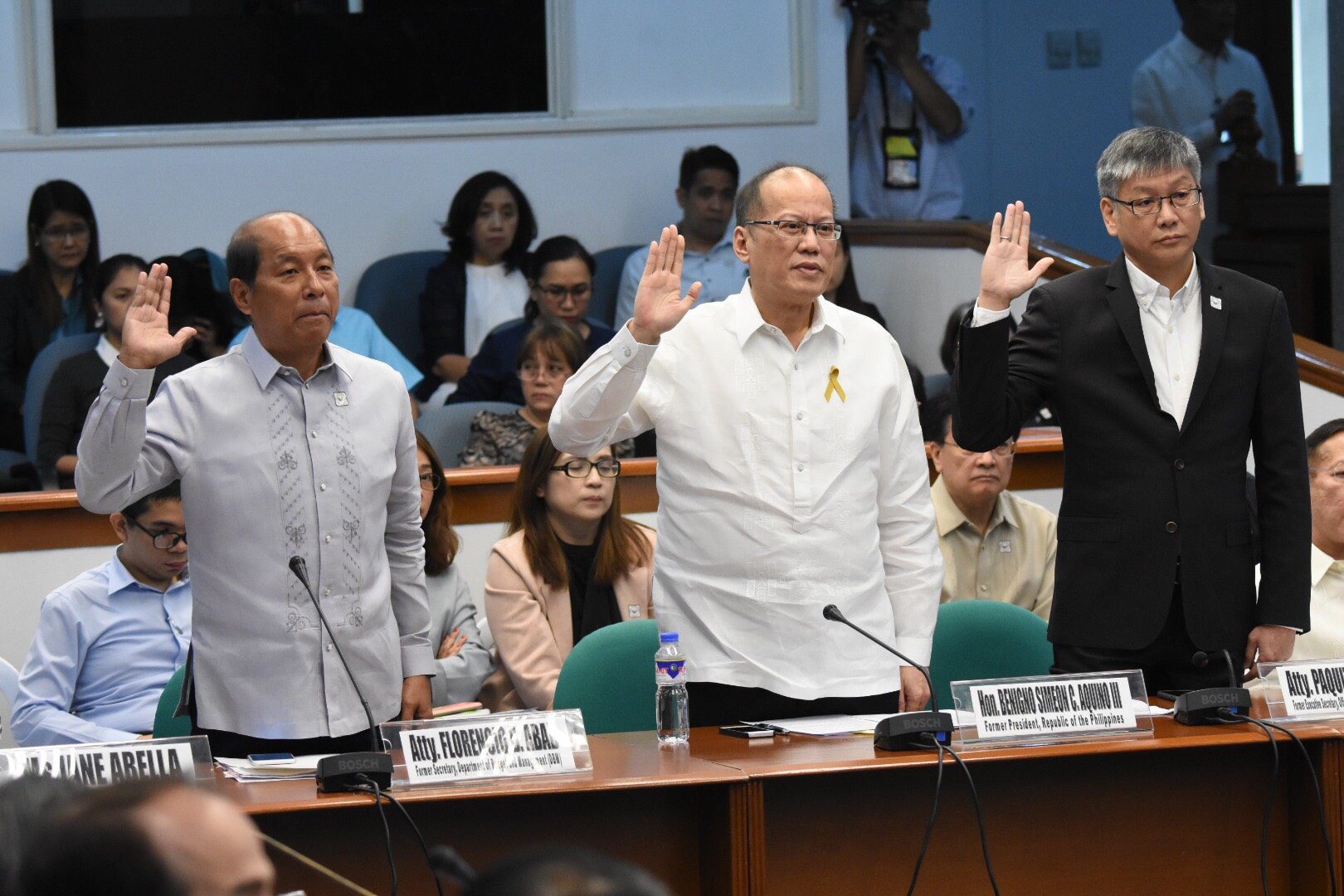 Facebook Twitter Copy URL
Copied
'It's incumbent upon me as a citizen to try and allay certain fears; to put it in proper perspective,' says former president Benigno Aquino III

Aquino arrived at the Senate on Thursday, Decembr 14, after being invited by the Senate blue ribbon committee.

In an interview with reporters ahead of the hearing, Aquino said he is “confident” in his position amid the issues thrown at him for launching the vaccination program.

“I think we’re confident in our position at saka may opportunity para naman masagot natin mga innuendos na binabato kaliwa’t kanan (and there is an opportunity to respond to the innuedos that are being thrown left and right),” Aquino told reporters.

Asked if he was ready to address questions about the program, the former chief executive said, “Yes.”

He also said that it was his duty as a citizen to try to allay fears arising from the announcement of Sanofi Pasteur that its vaccine could lead to “more severe” cases of dengue when administered to a person who had not been infected by the virus prior to immunization.

“The announcement by Sanofi and the reactions to it, there’s been a lot of tension building up. It’s incumbent upon me as a citizen to try and allay certain fears; to put it in proper perspective,” he said.

Aquino also said he would answer all the questions that would be asked during the hearing.

Senate blue ribbon chair Richard Gordon has said that the speed with which the Philippine government approved the commercial release of the Dengvaxia dengue vaccine was “too fast,” hinting that a “conspiracy” might have been behind it.

Health Secretary Francisco Duque III earlier said that Aquino should explain why he supported the now-suspended dengue immunization program, which was launched during his term in 2015. – Rappler.com