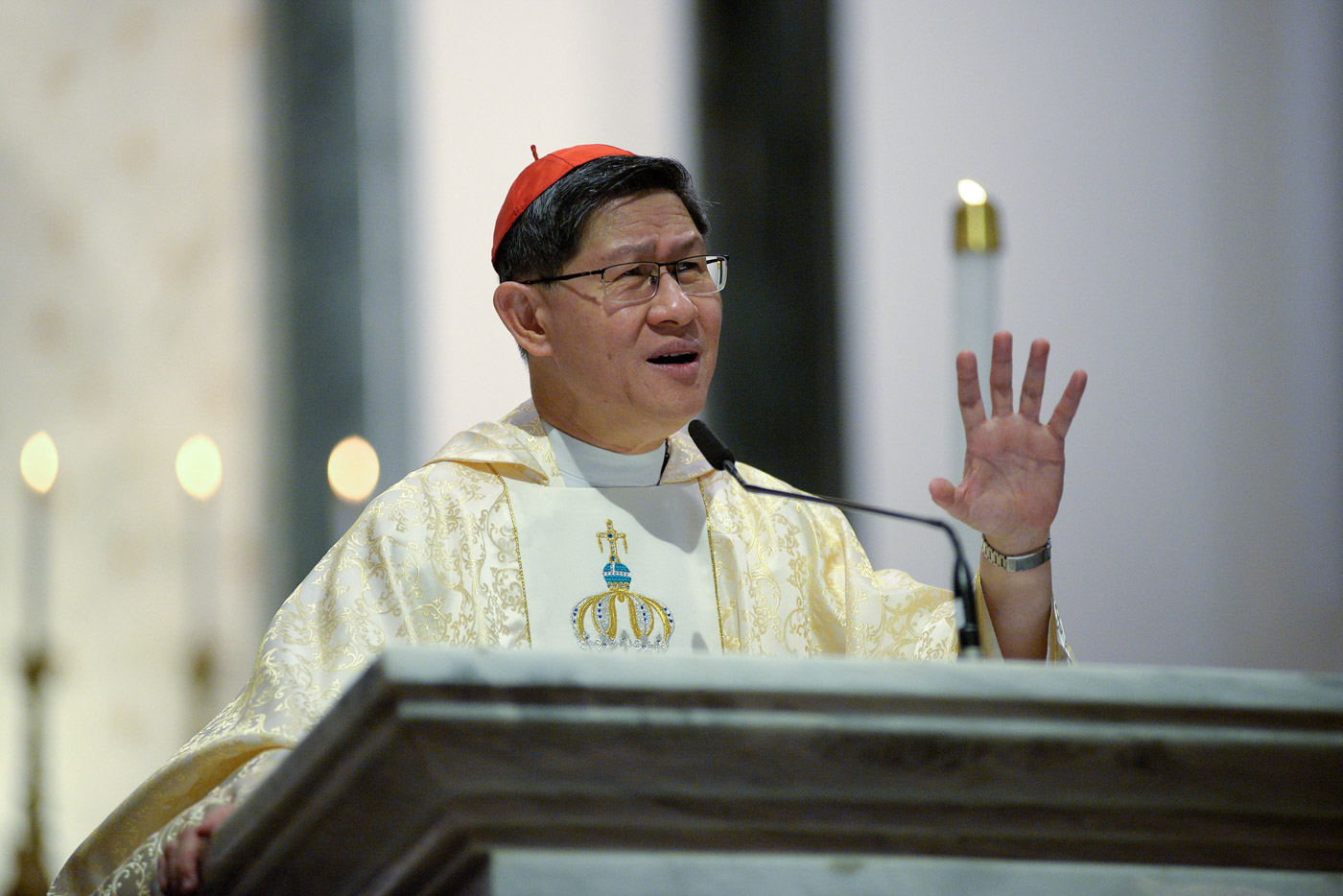 In his homily on Saturday, December 16, Tagle recognized the need for Filipinos to come together despite differences in belief, attitudes, and characteristics.

“Ang kailangan natin ngayon ay ang pagkakasundo, ang pagsasama-sama, ang pagtigil sa hidwaan, sa pagkakanya-kanya na nauuwi pa minsan sa karahasan,” the cardinal said. (What we need now is to be at peace with each other, to come together, to stop wars, to end selfishness which often leads to violence.)

“Walang magandang nadudulot ang pagsisiraan na nauuwi sa pagkakahati-hati,” he added. (Nothing good comes out of saying bad things against each other, which only leads to division.)

Highlighting several incidents during the Marawi siege when Muslims protected Christians against harm and violence, Tagle called on his flock to bring down the wall of differences. (READ: Trapped in Marawi, Muslims shield Christians from terrorists)

(Let’s fix our tendency to discriminate against others who are different from us. I hope that the relationship of Christians and our Muslim brothers progress for the better.)

Dwelling on differences would only strengthen walls that divide communities.

To fix this, Tagle urged people to discover the personalities of those they deem “different” and to go beyond what is seen on the surface of another person.

Doing so, the cardinal said, would mean helping “give birth” to Jesus Christ.

Simbang Gabi is the traditional set of 9 Masses in preparation for Christmas Day. It is held either in the evening or at dawn, in churches and improvised places of worship, such as malls. (LIST: Simbang Gabi schedules across the Philippines for 2017) – Rappler.com