Stranded passengers due to Urduja now over 16,000 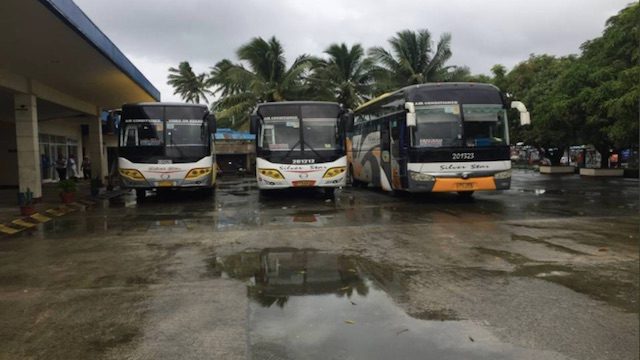 MANILA, Philippines – The number of stranded passengers due to tropical depression Urduja (Kai-tak) rose to 16,449 as of Sunday morning, December 17.

At least 118 vessels, 1,711 rolling cargoes, and 37 motor bancas were also stranded, according to the coast guard.

UPDATE as of 8AM today, 17 December. Stranded due to #TDUrduja in the affected areas of NCR, Eastern & Southern Visayas, Bicol and Southern Tagalog; Passengers–16,449 Vessels– 118, Rolling Cargoes-1,711 and motor bancas-37. pic.twitter.com/Gn4u8Pqd0b

Urduja weakened late Sunday morning.  It was at the vicinity of Mobo, Masbate, moving west southwest at 15 kilometers per hour (km/h) as of 11 am. (READ: EXPLAINER: How tropical cyclones form) – Rappler.com