Sereno camp insists allegations vs her ‘not impeachable offenses’ 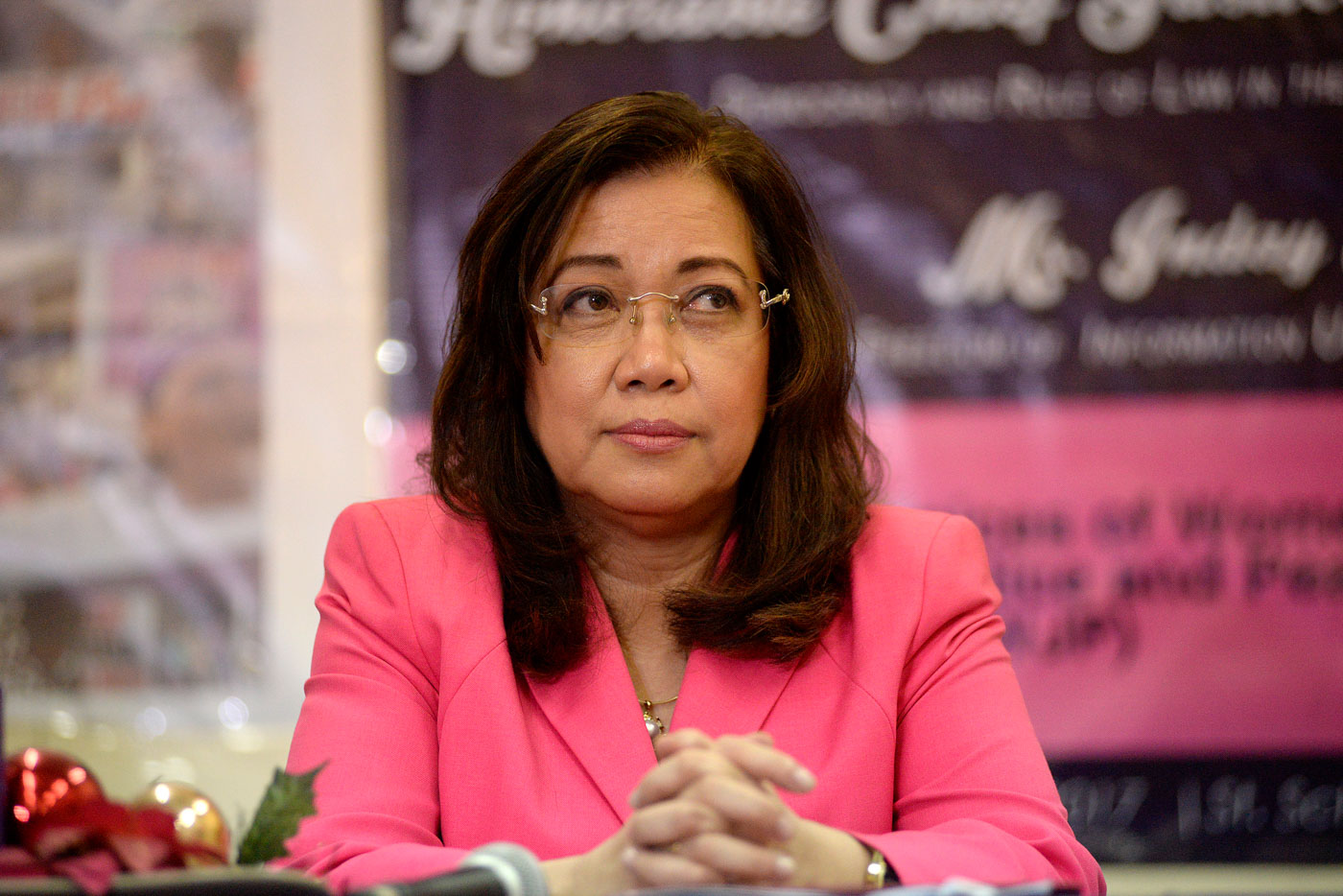 MANILA, Philippines – The camp of Supreme Court (SC) Chief Justice Maria Lourdes Sereno on Sunday, December 17, reiterated that the allegations thrown against her during recent impeachment hearings were “personal and administrative matters” and are not impeachable offenses.

In a statement on Sunday, Sereno’s spokesperson Winnie Salumbides said the testimonies of SC Associate Justices Teresita Leonardo-de Castro, Francis Jardeleza, and Noel Tijam, as well as that of retired associate justice Arturo Brion, were “personal and administrative matters that have been threshed out by the Supreme Court en banc, as these primarily pertained to its own internal rules.”

“We go back to the crucial question: are those really impeachable offenses? Definitely they are not,” he said.

This week, De Castro, Jardeleza, Tijam, and Brion stood as witnesses in an impeachment complaint filed against Sereno.

Sereno’s camp noted that statements made inside and outside the hearings of the House justice committee “were purely hearsay, personal opinions, innuendos, and optics to persuade the public into thinking that there’s basis to oust the Chief Justice.”

Aside from the 4 justices, there were also reports that SC Senior Associate Justice Antonio Carpio has yet to decide on whether he will appear in the impeachment proceedings at the House of Representatives.

“Everyday they float new names and personalities of those who are supposed to testify against the Chief Justice,” Salumbides said.

He added: “People can only conclude that this is all part of the propaganda to make it appear that Chief Justice Sereno is losing support among her colleagues in the Supreme Court.”

Salumbides then urged the House justice committee to expedite the impeachment proceedings and transmit the appropriate articles to the Senate, which would sit as an impeachment court.

“If some members of the panel feel there’s ‘overwhelming’ evidence against the Chief Justice, they should simply elevate the proceedings to the Senate. There is no good reason to delay,” he said.

But as it is, Salumbides noted, the committee still wants to build up the complaint filed by Larry Gadon “as some members probably know that the allegations are baseless and will not prosper.” – Rappler.com