26 dead in Biliran landslides after Urduja 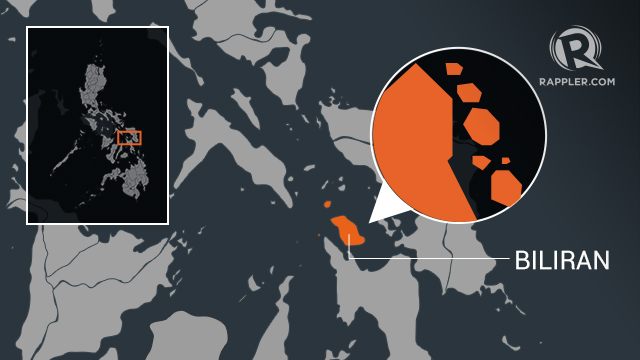 The deaths were reported in the small island province of Biliran, a day after the storm pounded the east of the archipelago nation.

Urduja tore across the major islands of Samar and Leyte on Saturday, December 16, toppling power lines in 39 towns or cities and damaging roads and bridges, the national disaster agency said.

Some 87,700 people were forced from their homes in the region. But the previous death toll had stood at just 3.

“Rocks as big as cars fell on concrete houses after 3 days of continuous, heavy rain,” chief inspector Lilibeth Morillo, Biliran police information officer, told AFP as she described a landslide in the mountainous district of Lucsoon.

“There were 6 families living there but they did not evacuate,” she said, adding 7 bodies were recovered in the area.

Gerardo Espina, governor of the island province just east of Leyte, gave the same overall death toll of 26 in an interview on ABS-CBN television. He said 23 people were missing.

The national disaster risk reduction agency could not immediately confirm if the 26 deaths included the initial 3 fatalities it announced on Saturday.

Urduja weakened on Sunday afternoon, with gusts of up to 80 kilometers (50 miles) an hour, and was downgraded to a tropical depression, state weather forecasters said.

President Rodrigo Duterte on Sunday said he would soon fly to the storm-hit areas.

“There is so much destruction there. There are places where the bridge was destroyed and I would like to see for myself what government can do better,” Duterte said in a speech.

Disaster officials warned that more floods and landslides were possible and said 15,500 passengers were stranded because ferry services remained suspended in parts of the region.

“I’ve been stranded for 3 days, sleeping in the bus, and I just want to get home to my family for Christmas,” Eliaquin Pilapil, a 55-year-old farmer, told AFP from a port in the town of Matnog in the eastern province of Sorsogon.

The Christmas holidays are a busy travel season in the mainly Catholic Philippines, with people heading home to the provinces.

The nation is battered by about 20 major storms each year.

Samar and Leyte bore the brunt in 2013 of Super Typhoon Haiyan which left more than 7,350 people dead or missing.

In the Leyte city of Tacloban, Saturday’s storm brought flash floods of up to 1.5 meters (5 feet) and strong winds that left the city without power and water, according to its disaster office chief.

“The storm moved so slowly that it brought so much rain to our city. The floods resulted from 4 days of rain,” Ildebrando Bernadas, head of Tacloban’s disaster risk reduction office, told AFP.

The storm also damaged farms and crops, bringing more misery to people who had been recovering from Haiyan’s destruction.

“We had a phobia from (Haiyan) which destroyed our coconut trees. We planted lettuce and eggplant but the new storm took them away too. It’s devastating,” Remedios Serato, a 78-year-old farmer in Leyte, told AFP. – Rappler.com