Legarda open to DSWD post after term ends in 2019

Dec 18, 2017 12:20 PM PHT
Camille Elemia
Facebook Twitter Copy URL
Copied
'Can I say, I am thinking about it?' says Senator Loren Legarda on talks she would be the next Department of Social Welfare and Development secretary 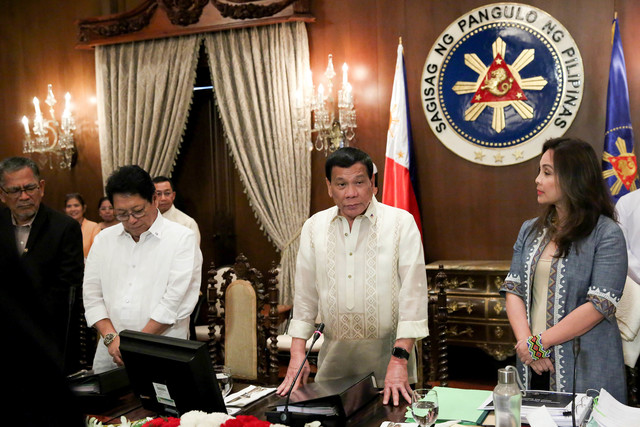 MANILA, Philippines – Senator Loren Legarda is open to a post at the Department of Social Welfare and Development (DSWD) after her term ends in 2019.

Asked about it, Legarda said she would want to have “very strong oversight functions” over an agency taking care of the people.

“Can I say, I am thinking about it?” Legarda said in an interview on ANC on Monday, December 18.

“I am not certain whether I am allowed to comment on that on national television but my being mum about it would probably spill the beans. Let me just say that I would want to exercise very strong oversight functions over a department that is very important that takes care of the needs of the people,” Legarda added.

Directly asked if she is open to it, the senator said the DSWD is a “very important” department that takes care of the “most vulnerable” sector.

“Just like I do oversight functions with all other government departments… but this is a very important department that should take care of the poorest and the most vulnerable populations like what is happening now with [Tropical Depression] Urduja,” Legarda said.

She did not answer, however, when asked if President Rodrigo Duterte has asked her to become his next DSWD secretary. Instead, Legarda talked about her job as Senate finance committee chairperson.

“All I can say is that I really appreciate the opportunity to be able to serve as a [chairperson] of finance and I think the President hopefully appreciates the work we do, not just myself but the whole Senate, and I hope to continue and finish the 2019 budget which is a year from now. Let’s take it from there,” Legarda said.

Duterte earlier told reporters that he made an informal offer to a lady senator he refused to name. The offer came “long before” the Commission on Appointments (CA) rejected then DSWD secretary Judy Taguiwalo in August.

In October, when rumors of the President’s offer reached her, Legarda said she intends to finish her term as senator and serve as chairperson of the committees on finance, foreign relations, and climate change.

Duterte has yet to appoint a new DSWD chief 4 months after Taguiwalo was rejected. The President has so far only appointed an officer-in-charge, Undersecretary Emmanuel Leyco.

A high-ranking source in Malacañang said the President has indeed made the offer and is just waiting for Legarda to end her term. – with a report from Pia Ranada / Rappler.com