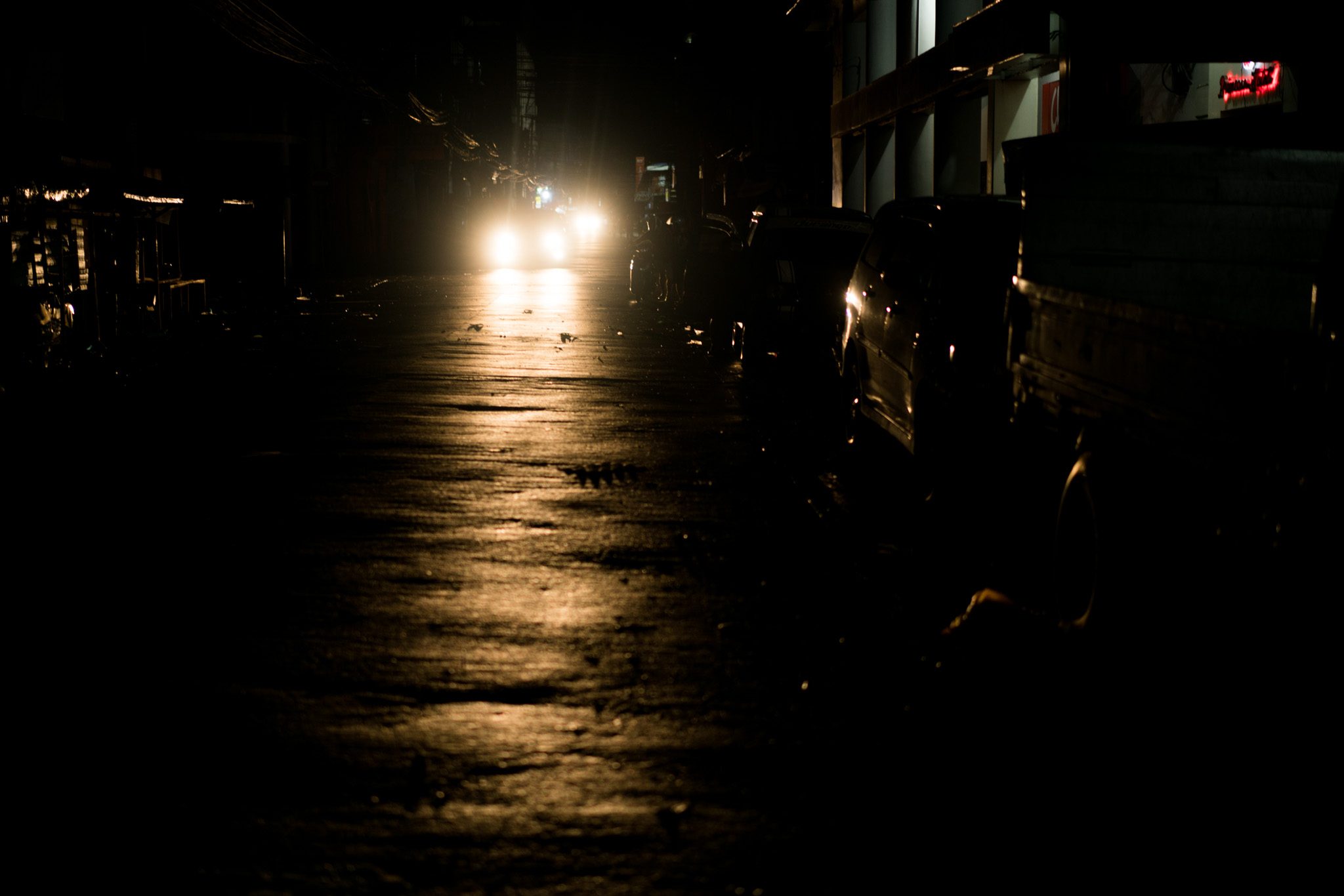 Facebook Twitter Copy URL
Copied
Some 365,000 food packs are also on standby for those affected by Tropical Depression Urduja

MANILA, Philippines – The government gave assurances that the people of Biliran will have electricity back in their homes before Christmas Day.

Energy Undersecretary Wimpy Fuentebella said on Monday, December 18, that the Department of Energy (DOE) is targeting the return of power to the island province by Thursday, December 21, 4 days before Christmas.

Biliran was among the areas hardest hit by Tropical Depression Urduja (Kai-tak), which battered Eastern Visayas as a tropical storm.

“Through 24/7 work shifts, they are targeting December 21 to return the power by Christmas,” he said during a press conference of Duterte Cabinet members in Biliran.

As of posting, there is a “total blackout” in 7 towns in Biliran where intense rains caused deadly landslides and floods.

In the province alone, at least 23 have died while 33 are missing.

Bringing back power to affected provinces remains a challenge since there are areas that have been rendered impassable due to flooding or landslides.

But Fuentebella promised that the DOE, with the help of power cooperatives, would do their best.

He also urged citizens to report any overpricing of power. Those with any concerns can contact the DOE through its hotline, 429-2900 local 329.

Department of Social Welfare and Development (DSWD) officer-in-charge Undersecretary Emmanuel Leyco said the government is on top of relief efforts in Urduja-affected areas.

P37.6 million in food packs and non-food items have been readied for those affected. Around 356,000 food packs are on standby. The DSWD also has a P188.8-million fund on standby.

Leyco promised that 15,000 family food packs would reach Biliran within the day from Cebu, from where the relief goods will be transported using a Philippine Coast Guard boat.

Some 44,000 families or 191,000 persons stayed in 608 evacuation centers spread throughout Eastern Visayas but many of them have begun returning to their homes, Leyco added.

Rural health units across the provinces have treated around 54 patients.

Agriculture Secretary Manny Piñol said the initial assessment by Biliran officials shows the estimated cost of damage to agriculture and fisheries in the province is over P30 million.

But he said Department of Agriculture (DA) regional offices are still collating data for a final figure.