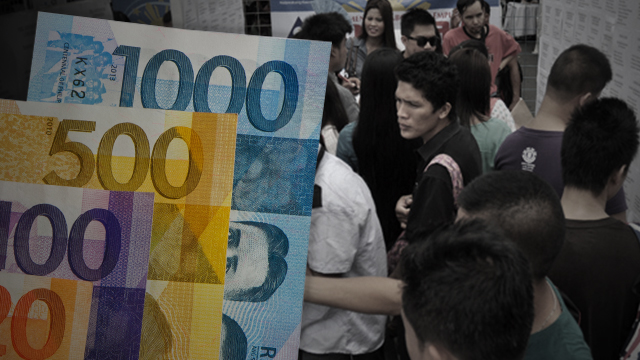 MANILA, Philippines – Labor groups on Tuesday, December 19, urged the government to implement better social protection policies that will shield the poor from the effects of the newly-signed tax reform law.

The Tax Reform for Acceleration and Inclusion (Train) law, which President Rodrigo Duterte signed on Tuesday, December 19, reduces income taxes but imposes higher taxes on fuel, cars, coal, tobacco, mining, and some sugar-sweetened beverages. Critics have warned that this will cause a price surge in basic commodities.

“Additional excise taxes for fuel will increase transport fares and the cost of LPG. The increase in power rates, while we have not completed the shift from coal to renewable sources of energy, will increase electricity rates,” the Federation of Free Workers (FFW) said in a statement shortly after the Train law was signed in Malacañang.

“These products and services are sensitive to workers. The increase in these costs will not only nullify any gains from the tax exemptions afforded to workers, it will push workers to get more loans and be victimized by loan sharks,” it added.

The Associated Labor Union-Trade Union Congress of the Philippines (ALU-TUCP) stressed that some 15.6 million informal workers will be hit by the Train law.

“Informal sector workers working in the informal economy will be run over by the Train. Getting no direct benefits from the tax reform package, these underground economy workers will fall further way below the poverty line,” said ALU-TUCP spokesperson Alan Tanjusay.

Informal economy workers are small-scale independent service and goods providers such as public utility vehicle drivers and street vendors. These workers are not covered by labor laws because they do not have a formal employer.

More often than not, they are the ones who are not registered to avail of social safety nets like the Social Security System, PhilHealth and Home Development Mutual Fund (Pag-IBIG).

The Philippines is behind its Asian neighbors when it comes to providing social protection, which could prevent citizens from falling into poverty when faced with disasters or unforeseen circumstances.

SSS has the AlkanSSSya program, which allows low-income earners to pay the minimum P300 monthly contribution by saving P11 per day. But it still needs to improve collections for members to enjoy the benefits they are entitled to.

The House passed in September the universal health insurance bill. A similar measure is pending at the Senate committee level.

“The government should instead prioritize programs that will provide food and livelihood,” KMU Chairperson Elmer Labog said in Filipino. – Rappler.com