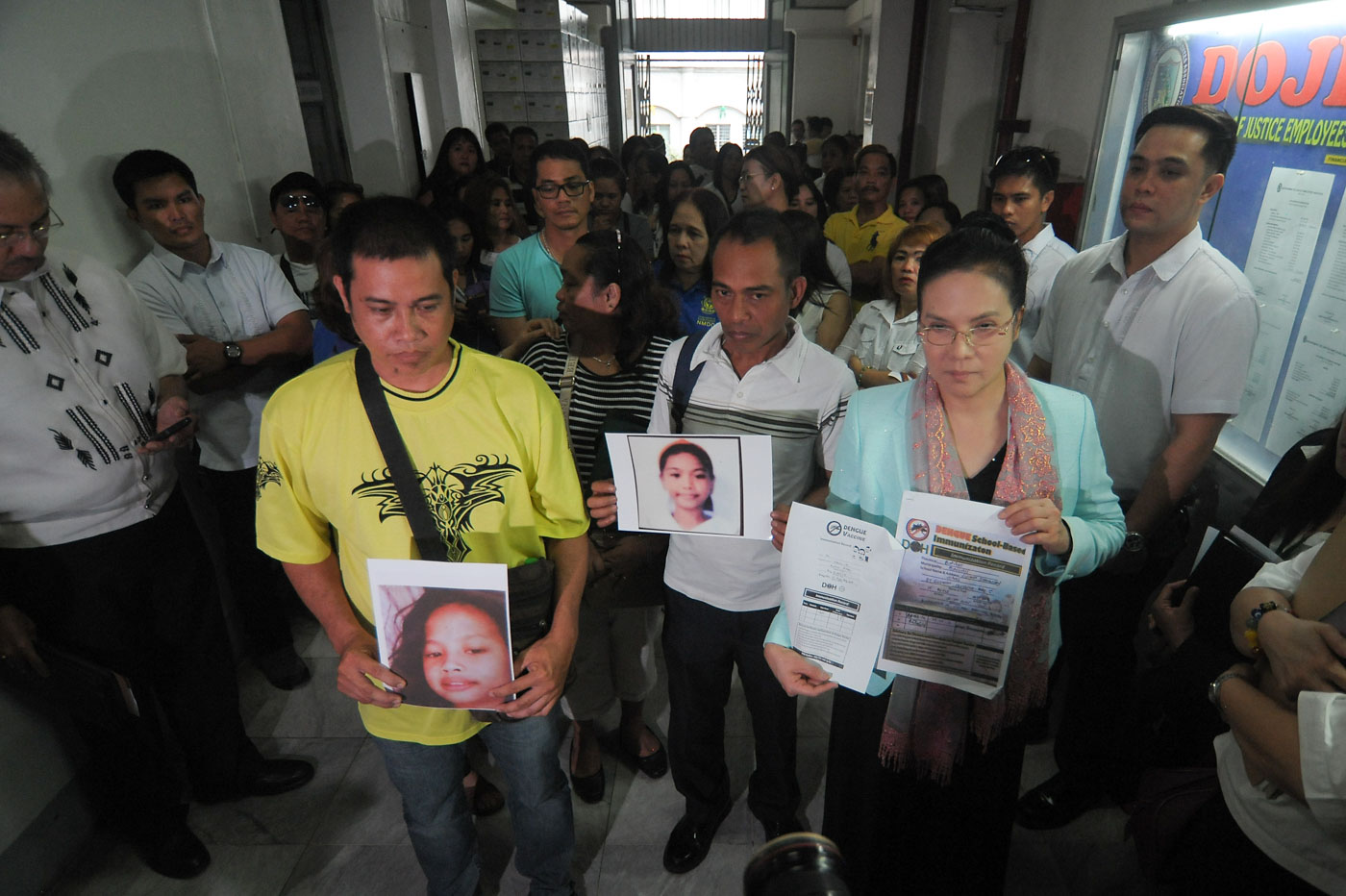 MANILA, Philippines – Justice Secretary Vitaliano Aguirre II ordered the Public Attorney’s Office (PAO) to assist the families of children and other individuals who got the Dengvaxia vaccine in possible criminal and administrative cases that they may file.

Acosta and Volunteers Against Crime and Corruption (VACC) founding chairman Dante Jimenez accompanied to the Department of Justice (DOJ) on Tuesday, December 19, the parents of two students who died. Both students had died months after receiving the Dengvaxia vaccine.

Pharmaceutical company Sanofi Pasteur has already denied that deaths are linked to the vaccine, saying that an international body is monitoring adverse effects of Dengvaxia and has reported none so far.

Still, parents are outraged that the vaccine was administered even though it lacked the backing of the country’s public health experts at the time. Sanofi also came under fire after it disclosed that people who have not had dengue prior to immunization are at risk of acquiring severe dengue.

Nelson and Marivic de Guzman submitted a joint affidavit saying their daughter, 11-year-old Christine Mae de Guzman, died 6 months after getting the vaccine on April 16, 2016 at the Sisiman Elementary School in Mariveles, Bataan.

“While they were asking some personal information before the vaccine was administered, we were told that we should be grateful to the government for giving us the anti-dengue vaccine for free,” Nelson said.

Ramil and Liza Pestilos are also blaming Dengvaxia for the death of their daughter, 10-year-old Anjielica Pestilos. Anjielica got the vaccine in September this year and died just last December 15.

The National Bureau of Investigation (NBI) is already conducting its own probe, also upon Aguirre’s orders. Investigators are taking off from the VACC’s witness alleging corruption in the procurement of P3.5 billion worth of Dengvaxia doses, as well as a cover-up among key officials including former health secretary Janette Garin and former president Benigno Aquino III. – Rappler.com