Dec 20, 2017 3:14 PM PHT
Aika Rey
Facebook Twitter Copy URL
Copied
(UPDATED) 'I think in terms of effectiveness, Duterte is more effective than the past administrations [in using the funds],' Budget Secretary Benjamin Diokno says, even as opposition lawmakers decry getting a zero budget 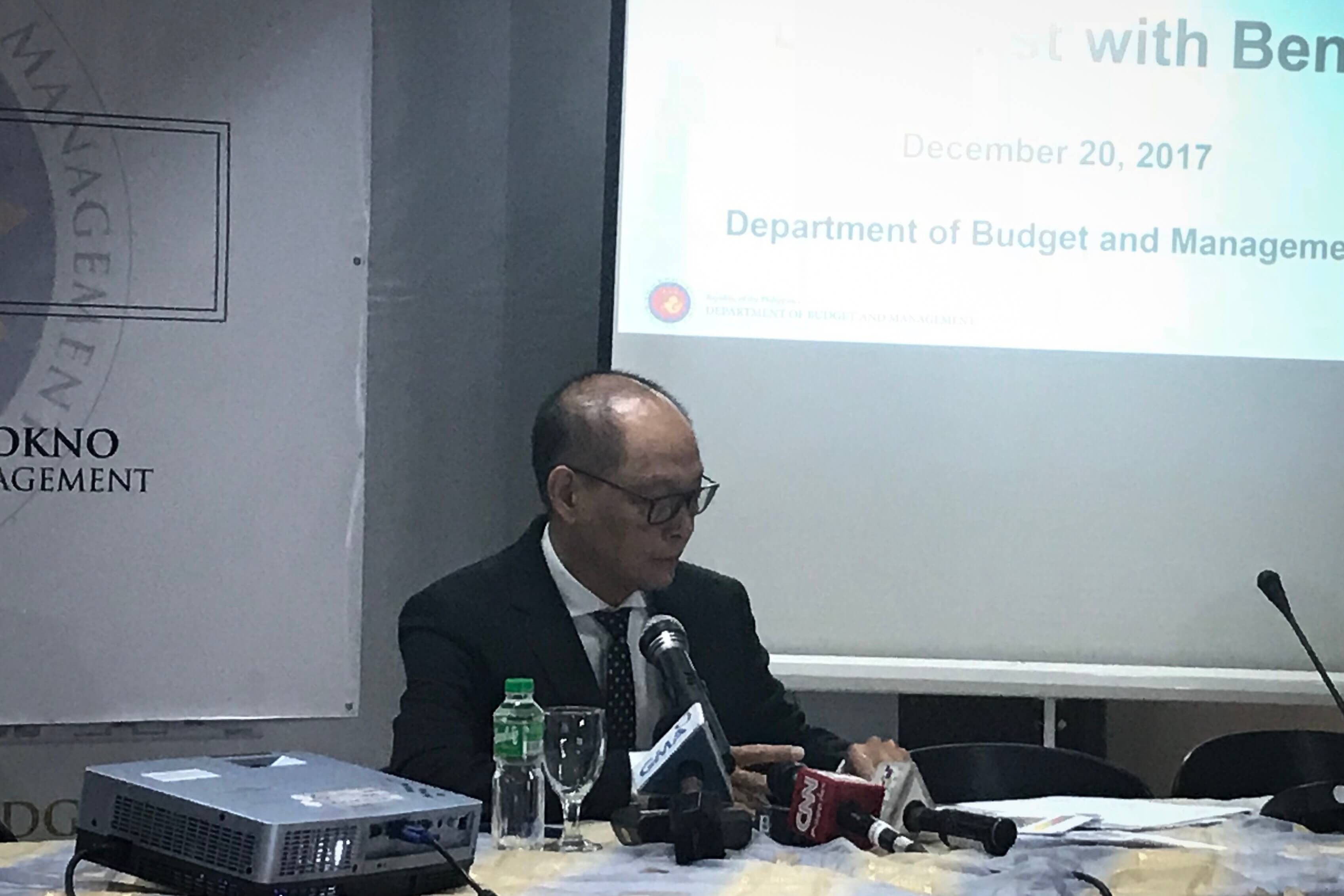 In a briefing, Diokno said that the allocation for confidential and intelligence funds for the Office of the President remains at P2.5 billion. OP funds for 2018 stand at P6.03 billion.

“I think in terms of effectiveness, Duterte is more effective than the past administrations [in using the funds],” he added. (READ: Are Duterte’s multi-million-peso intel funds achieving their purpose?)

Confidential funds are used for surveillance activities in civilian government agencies to support their mandate, while intelligence funds are for information-gathering activities of military and uniformed personnel that have direct impact on national security. (READ: EXPLAINER: Office of the President’s confidential, intel funds)

In response to questions on where Duterte spent the funds, Diokno said that the question should be posed to the President.

The budget chief gave assurances that the OP submits reports to the Commission on Audit (COA). “Contrary to common belief, it is still being audited by the COA…But by the Chairman himself,” he said.

In separate statements on Wednesday, December 20, members of the “Magnificent 7,” who brand themselves as the genuine opposition, called it an “assault to democracy” and a combination of “vengeance plus caprice.”

Albay 1st District Representative Edcel Lagman said the move was done in the bicameral conference with the Senate, “reportedly upon instructions of Speaker Pantaleon Alvarez.”

“Why punish citizens and communities for the earnest and valiant efforts of their Representatives to maintain responsible dissent as the bedrock of democracy?” he asked in his statement.

Since the first enacted budget under the Duterte administration, confidential and intelligence funds received a whopping 400% from its previous allocation of P500 million to P2.5 billion. These were supposed to be used for the administration’s “war against drugs, criminality and corruption.”

In an earlier statement, former COA Chaiperson Grace Pulido-Tan said that these funds are hard to audit as they would only rely on the reports and documents that the agency submits. (READ: Why intelligence funds require scrutiny)