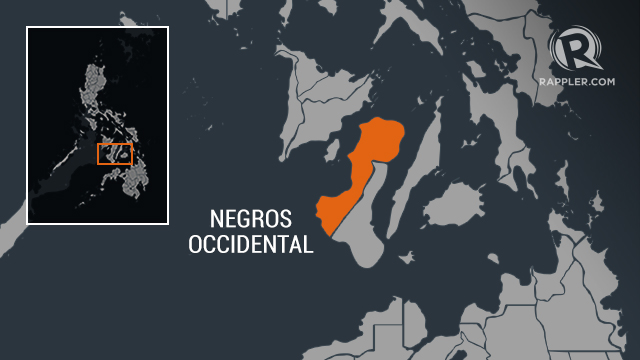 NEGROS OCCIDENTAL, Philippines – The policemen who intercepted a town vice mayor and her husband at a checkpoint here found grenades and firearms in the official’s car, the police blotter said.

The grenades and firearms were found by the car’s gearshift, the visible part of the vehicle between the front seats.

At the checkpoint, policemen saw a caliber .45 pistol placed besides the driver’s seat. Also recovered from the suspects were two hand grenades, two heat-sealed plastic sachets of suspected shabu, 3 caliber .45 pistols with ammunition, and P45,000 in cash, according to the police blotter.

The vice mayor and her husband are now facing charges of illegal possession of explosives, a non-bailable offense. The charges were filed before the provincial prosecutor’s office on Wednesday, December 20.

Additional charges of illegal possession of drugs and firearms, and direct assault, will also be filed against the couple within the week.

The vice mayor, however, cried harassment at the police checkpoint.

She accused the town police led by Chief Inspector Allan Reloj of manhandling them, stressing that she was dragged out of the vehicle.

She insisted that the grenades, firearms, and drugs were planted in their vehicle.

Reloj, however, stressed there was no harassment during the checkpoint.

He pointed out they only did a visual search on the vehicle, and didn’t dragged the vice mayor out, adding that it was the wife who got out of the car and cursed him. He said proper protocol was followed at the checkpoint.

He also said the couple, whom he alleged as drug personalities, were under surveillance for quite some time now.

He added they submitted the couple for a drug test.

Reloj in various interviews with local media seemed to have inconsistent statements on where exactly they found the grenades and firearms inside the vehicle.

The town police chief said they recovered the grenades and firearms by the gearshift. while they found the drugs at the backseat of the passenger’s side.

He reiterated it was discovered in plain view.

However, in his interview with ABS-CBN Bacolod, Reloj said they noticed a firearm on the husband’s lap, while the grenade was found at the passenger’s seat.

Bombo Radyo Bacolod, based on their interview with Reloj, reported that the firearms were found at the gear shift, side pocket of the driver’s door, and under the passenger’s seat.

On the other hand, Reloj told Aksyon Radyo Bacolod they saw the firearm at the “side” during the visual search, while they found the two other firearms under the seat.

No links to rebels

Moreover, the vice mayor also denied the allegations of Reloj that she has links to the New People’s Army, a claim that was supported by the Philippine Army.

Colonel Eliezer Lozañes, commander of the 303rd Infantry Brigade based in Murcia town, Negros Occidental, said they didn’t monitor a connection between the vice mayor and the communist rebels.

Meanwhile, Senior Superintendent Rodolfo Castil Jr, director of the Negros Occidental Police Provincial Office, said in a statement that a fact-finding committee was created to investigate the case of Yulo.

“This is to validate all allegations about the case. The committee will consider all angles of the investigation especially on the gathering of other evidence,” the statement said.

Castil directed the fact-finding committee to maintain the standards of professionalism in the conduct of the investigation and to stay neutral.

He appealed to the public, especially those who have witnessed the incident, to come out in the open so they can bring out the truth of this case.

In September, a cache of firearms, grenades, and illegal drugs was seized by agents of National Bureau of Investigation in a raid at the house of a policeman in Bacolod City.

Senior Police Officer 1 Joshua Barile, who was tagged in the killing of two family members of Negros Island top drug suspect Ricky Serenio, stressed that recovered firearms were evidence from the raids conducted by his unit, and these were placed in his house for safekeeping.

He added that the explosives found above the washing machine and the plastic sachet containing suspected shabu were planted. – Rappler.com