Dec 21, 2017 2:10 PM PHT
Lian Buan
Facebook Twitter Copy URL
Copied
Bong Revilla has asked for furlough from the anti-graft court hearing his plunder case, while Leila de Lima only asks her family to be allowed to visit on Christmas 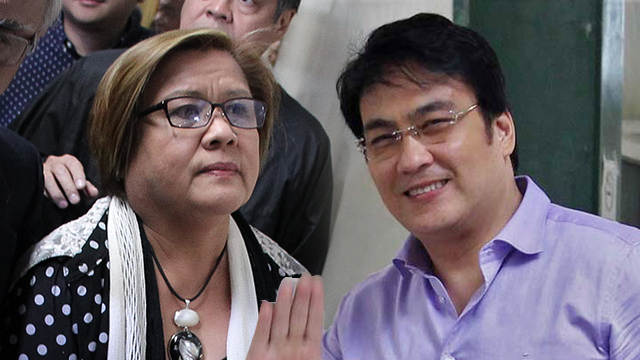 MANILA, Philippines – Two high-profile Camp Crame detainees will have a sense of home during the holidays.

Anti-graft court Sandiganbayan has allowed former Senator Ramon “Bong” Revilla Jr to spend December 24 in Cavite, while Senator Leila de Lima has been allowed to have visitors in her detention area on December 25.

Revilla, who is facing plunder charges for the misuse of his pork barrel as lawmaker, will be able to go home to his residence in Bacoor on December 24, but only from 11 am to 9 pm.

The senator’s co-accused and chief of staff Richard Cambe has also been allowed to go home to Imus, Cavite,on December 24, from 11 am to 9 pm only.

De Lima, on the other hand, has been allowed to receive visitors on December 25, which falls on a Monday, normally a no-visitor day at the custodial center in Camp Crame.

De Lima’s camp confirmed the senator did not request a Christmas furlough from the Muntinlupa Regional Trial Court, which is hearing the drug case filed against her by the justice department. – Rappler.com