Dec 21, 2017 7:45 PM PHT
Mick Basa
Facebook Twitter Copy URL
Copied
President Rodrigo Duterte says officials who travel every month should quit. 'I do not need you in the executive department.' 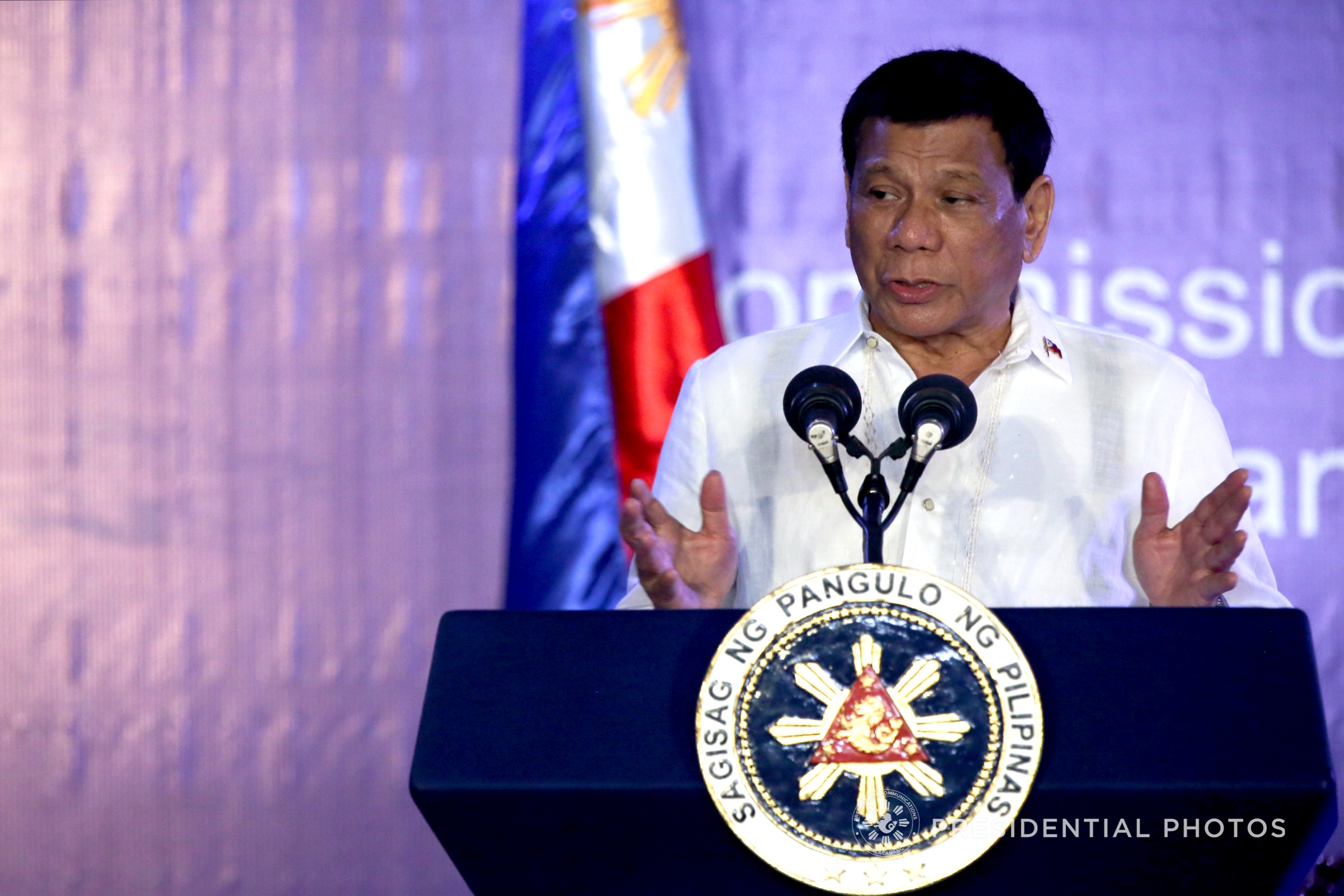 DAVAO CITY, Philippines – Irked by the discovery that several officials have been taking official overseas trips several times in a month, President Rodrigo Duterte said he would want officials under the executive branch to stay in the country beginning January 1.

The President was speaking at the Sasa Wharf for the commissioning of two Philippine vessels and the launching of the Department of Agriculture’s Rice and Corn Blend Program.

In his speech, he revealed that he told Executive Secretary Salvador Medialdea of his request which he would like to take effect on the first day of 2018.

“‘Yung lahat na every month nag-travel (All those who travel every month), you go. I do not need you in the executive department. So walang travel talaga (no travel at all), January 1,” he said.

Duterte also said he would have officials’ history of overseas trips audited to “look for plenty of victims.”

However, he would make an exception for officials traveling for personal reasons – for instance, if they had to visit a dying loved one abroad.

The President’s directive comes over a week after he fired all the commissioners of the Presidential Commission for the Urban Poor (PCUP) for their supposed penchant for going on “junkets.”

He had alleged that Terry Ridon, the agency’s former chairperson, traveled abroad about 7 times, which Duterte said was ironic since Ridon headed an anti-poverty body. Ridon, however, said all his travels were authorized by the Office of the President.