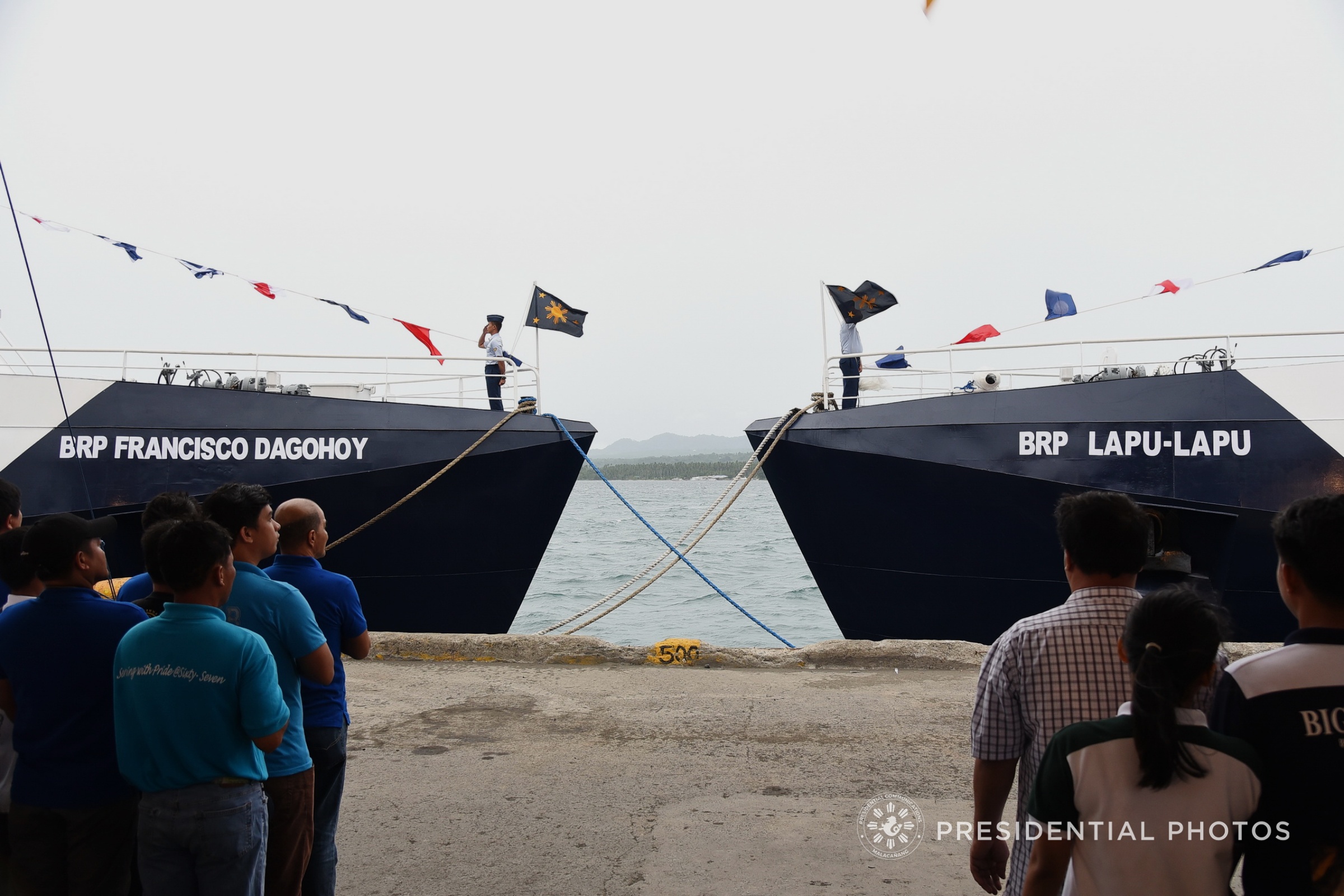 President Rodrigo Duterte and Agriculture Secretary Emmanuel Piñol led the commissioning of vessels Lapu-Lapu and Francisco Dagohoy. Both vessels are classified as Barko ng Republika ng Pilipinas (BRP) or ships of the Republic of the Philippines.

The ships, according to Piñol, would join the 16-vessel fleet of the Bureau of Fisheries and Aquatic Resources (BFAR) in the fight against illegal fishing. They can also be used to respond during disasters and to transport food.

“These vessels are at par with international standards,” Piñol told Duterte during the event.

A delighted President addressed the crowd at the Sasa Wharf.

At last, said Duterte, two historical figures of Visayan descent have been “elevated,” with the ships named after them.

“I’ve always been wondering eternally and complaining also. No offense intended to anybody, Filipino man tayong lahat (we’re all Filipinos). Bakit kaming mga Bisaya walang hero (Why don’t the Visayan people have a hero) in the roll of our national heroes?” the President said.

Back in the day, he added, Dagohoy was a term used by cops to refer to holduppers.

It was not the first time Duterte raised his qualms about the country’s failure to recognize Visayan heroes.

During his first political sortie in Cebu, he vowed that he would recommend the recognition of Visayan heroes.

At the same event, the Department of Agriculture (DA) also launched its Rice and Corn Blend Program.

Piñol acknowledged that introducing this new blend to Filipinos could be a challenge.

So aside from striking a memorandum of agreement with major supermarkets, the DA chief had one wish.

“Will you be our endorser, Mr President?” he said in Filipino.

An estimated 500,000 metric tons (MT) of corn grits will be introduced to the market by 2018, said Piñol. According to him, it will “satisfy the national requirements for staple food for only the second time in the history of this country.”

Piñol was referring to a point in history during the term of the late dictator Ferdinand Marcos, who introduced IR8, a rice variety developed to save Asians from famine in the 1960s.

He said that the introduction of the rice-corn blend would close the country’s rice sufficiency gap, which has been improving for two years.

Duterte in his speech said he is a big corn eater himself. “Ask the original Visayans, they’ll say we don’t want to eat rice,” he said in Filipino. – Rappler.com