Dec 22, 2017 11:05 AM PHT
Rambo Talabong
Facebook Twitter Copy URL
Copied
The oath is one of the final steps toward claiming financial help from the government in their return to 'mainstream society' 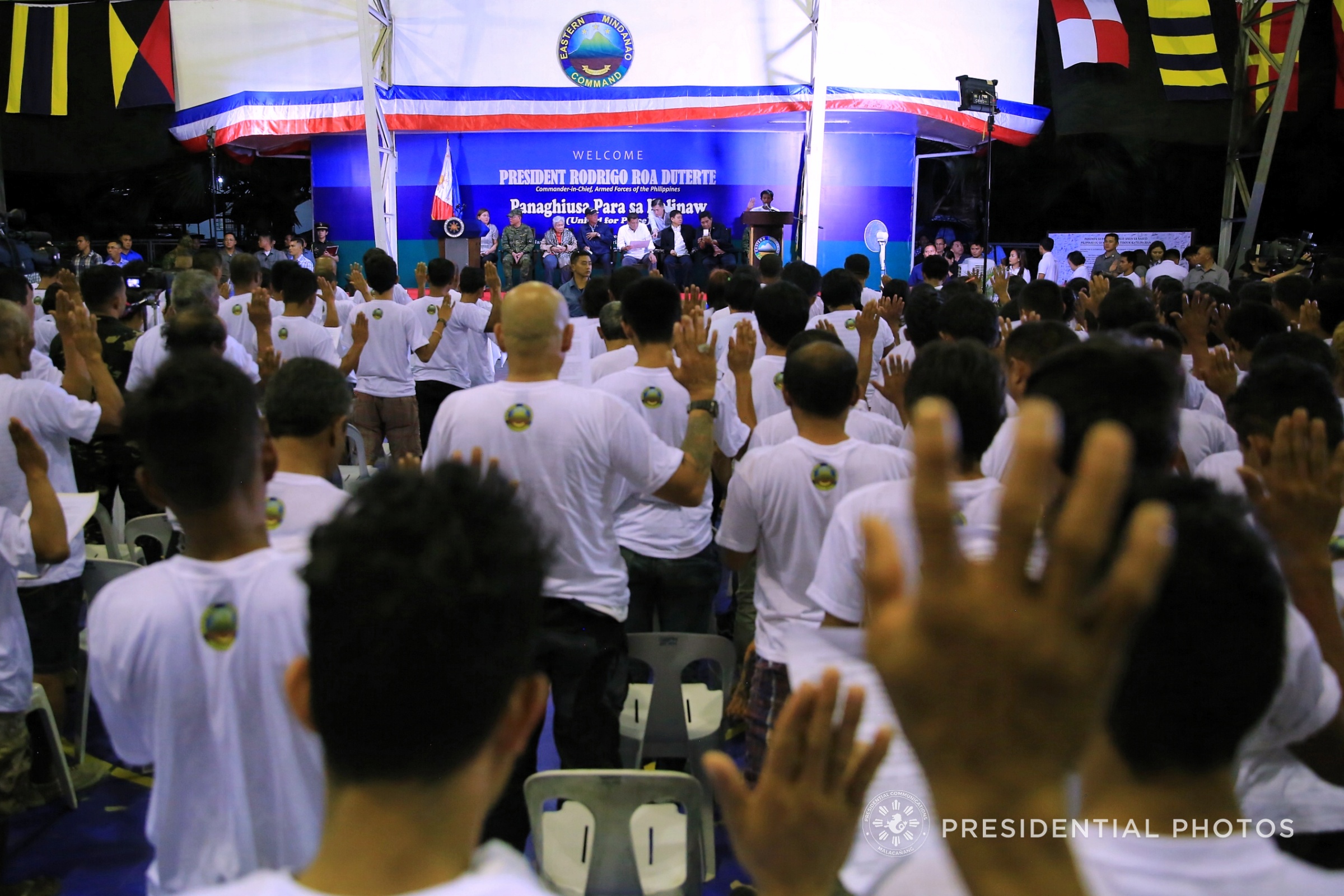 MANILA, Philippines – President Rodrigo Duterte on Thursday, December 21, led the oath of allegiance for 668 communist rebels who surrendered this year.

It is one of the the final steps for them to qualify for the Comprehensive Local Integration Program (CLIP).

The ex-combatants hailed from the provinces of Agusan, Bukidnon, Surigao, Davao, Cotabato, and Sarangani, most of whom were former members of the New People’s Army (NPA), the armed wing of the Communist Party of the Philippines.

Soldiers pooled from the ex-rebels 265 high and low-powered firearms, inspected by Duterte during the event.

The activity, the Armed Forces of the Philippines (AFP) said in a statement, aims to provide the basic needs of former mutineers and help them start a “reformed life away from armed struggle.”

“With debriefing seminars, livelihood programs and cash assistance, former rebels were given a chance to be reintegrated in the mainstream society,” the AFP added.

The meeting comes just two weeks after Duterte declared the NPA as a terrorist organization, and a day after the President announced a Christmas ceasefire with communist rebels. – Rappler.com