Dec 22, 2017 11:37 AM PHT
Lian Buan
Facebook Twitter Copy URL
Copied
Arvin Balag, a suspect in the fatal hazing of UST law freshman Horacio Castillo III, has been detained in the Senate for more than two months for contempt 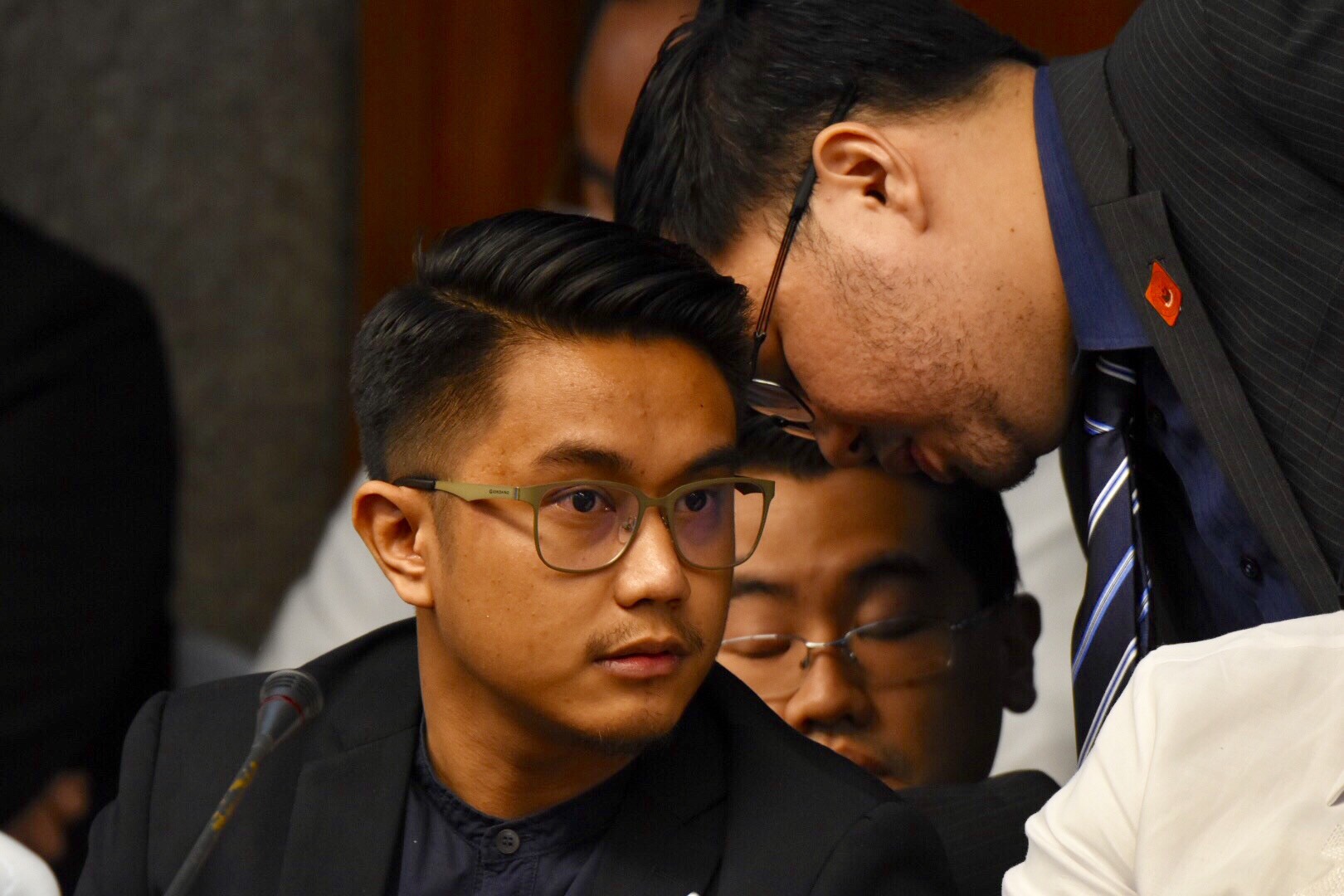 MANILA, Philippines – It’s Christmas at home for Aegis Juris fraternity leader Arvin Balag after the Supreme Court (SC) ordered his immediate release from the Senate, where he had been detained for contempt in the Horacio Castillo III hazing case investigation.

The SC en banc issued a resolution on December 12, released to media on Friday, December 22, ordering “in the interim the immediate release of petitioner Arvin Balag.”

The SC made clear that it has yet to rule on Balag’s petition for certiorari that seeks to quash the contempt charges against him by the Senate for not answering questions in the Castillo investigation. Nevertheless, the court granted Balag’s urgent petition for immediate release.

Balag was in detention in the Senate for more than two months.

SC orders the immediate release of Aegis Juris leader Arvin Balag from detention in Senate. The Senate held him in contempt for not answering questions during the Atio Castillo hazing case probe @rapplerdotcom pic.twitter.com/zNl8wPYpmh

It was Balag’s petition to the SC that extended his detention at the Senate. Senator Panfilo Lacson, chairman of the committee on public order and dangerous drugs which handled the investigation, was irked that Balag went to the SC.

Balag is facing murder and perjury cases pending before the Department of Justice (DOJ).

He is identified as the Aegis Juris Grand Praefectus and was said to have delivered the final blow on 22-year-old neophyte Castillo, who fell unconscious and died on September 17. (READ: The different angles in Atio Castillo’s hazing case)

In a statement Friday, Senator Lacson said his office was informed of the decision Thursday night, December 21. He said the Senate respects the High Court’s resolution and will comply with it, but still reserves the right of Congress to invoke its “inherent power…to compel witnesses and resource persons to testify in our inquiries in aid of legislation.”

“We did so, all in the spirit of Christmas, not to mention our desire to avoid a constitutional crisis during this holiday season. Having said that, there is no saying that we are about ready to give up the rights of the legislature, being a co-equal branch of government. We will tackle this issue at the proper time as a collegial body,” Lacson said. – Rappler.com