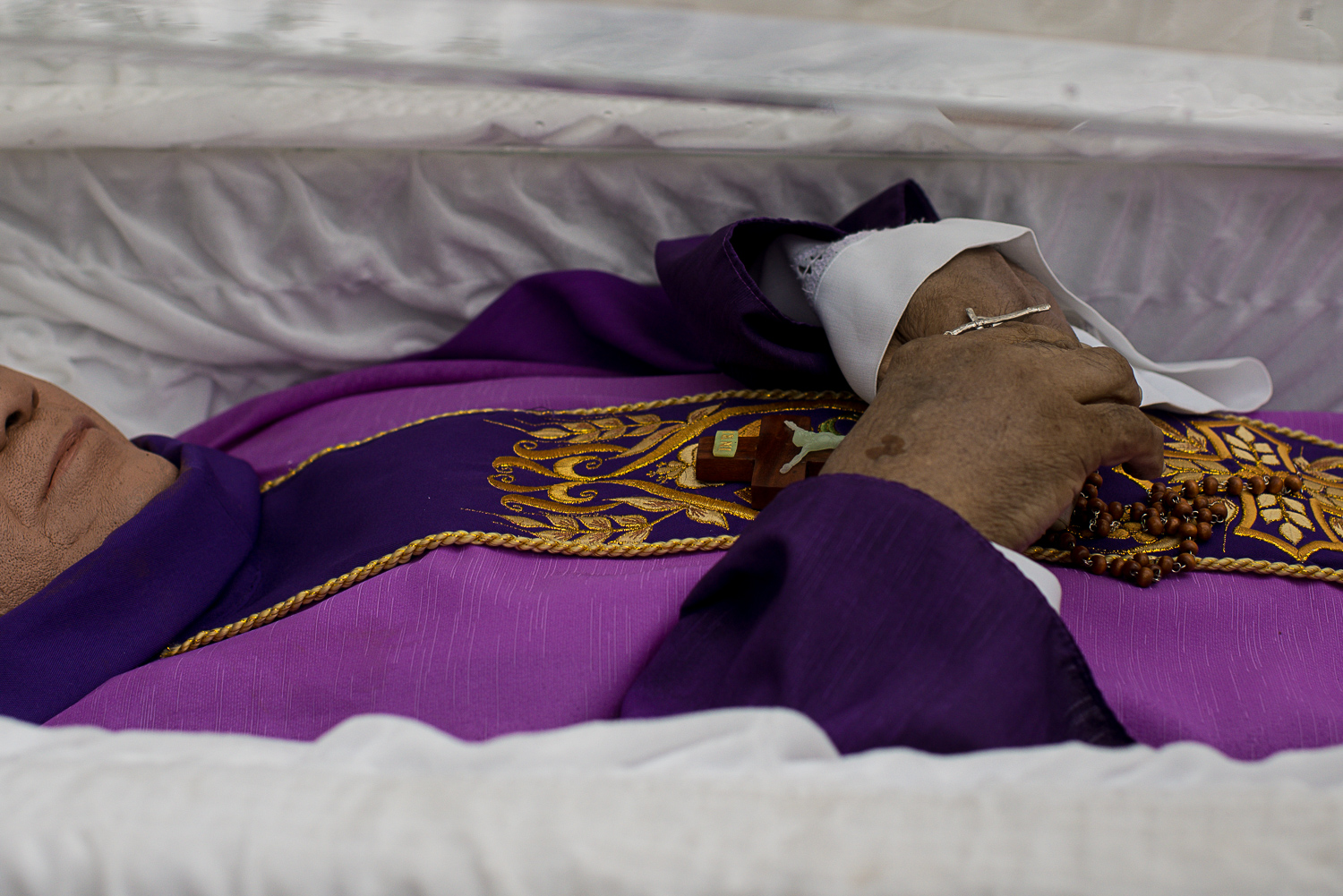 MANILA, Philippines – The Catholic Bishops’ Conference of the Philippines (CBCP) slammed the “brutal and senseless murder” of Father Marcelito “Tito” Paez, the 72-year-old priest from Nueva Ecija who was shot dead by a still unidentified gunman.

Now led by Davao Archbishop Romulo Valles, the CBCP on Thursday, December 21, also called for a probe into “countless other ‘deaths under investigation'” in the Philippines.

An activist priest who stood up for the oppressed, Paez was shot on December 4 while he was driving home. At that time, he had just facilitated the release of a political prisoner.

“We refuse to consider Fr Tito Paez as just another addition to the already very long list of victims of extrajudicial killings in our country. No, Fr Tito wasn’t just a victim; he should be counted among our martyrs,” Valles said in a statement on behalf of the CBCP.

“Victims have no choice with their fate; martyrs do. Fr Tito had made the choice to witness to Christ at all costs since a long time ago.”

Valles pointed out that most of the bullets that riddled Paez’s vehicle “were obviously meant for the passenger who the killers thought was still with him.”

Earlier that day, Paez “had facilitated the release of a prisoner upon acquittal,” the archbishop said.

“Like Maximilian Kolbe, Fr Tito had traded places with somebody else. He is therefore a powerful witness to what Jesus said to his disciples in the Gospel of John, ‘No one has greater love than this, to lay down one’s life for one’s friends.'”

“We also call on the authorities in government to conduct a serious investigation on the murder of Fr Tito, and bring to a resolution not just his death, but the countless other ‘deaths under investigation’ that have seriously disturbed our peace as a nation in the past several months,” Valles said.

Paez’s murder comes as thousands of other Filipinos, mostly drug suspects, die at the hands of vigilantes while President Rodrigo Duterte pursues a bloody war on drugs. – Rappler.com