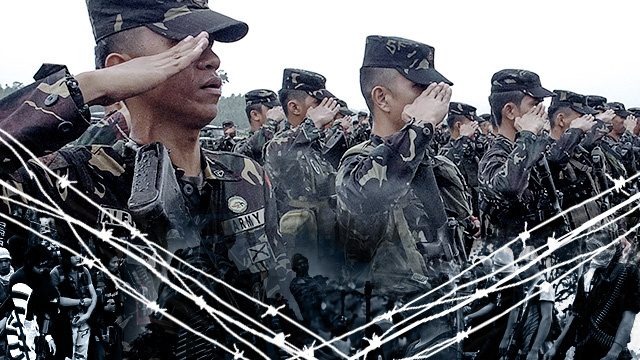 MANILA, Philippines – A new Social Weather Stations (SWS) survey showed that more than half of Filipinos believe there is no need to extend martial law in Mindanao.

The latest survey, conducted from December 8 to 16, found that 62% of Filipinos agreed that no extension is needed “because the war in Marawi City is over.” Meanwhile, 26% disagreed and 12% were undecided.

Opposition to the extension of martial law was highest in Metro Manila at 67%. Balance Luzon registered 63% while Mindanao and the Visayas were at 62% and 55%, respectively.

The Senate and the House of Representatives, in a joint session on December 13, granted President Rodrigo Duterte’s request to extend military rule in the whole of Mindanao for one more year.

First declared last May 23, prompted by clashes between the military and terrorists in Marawi City, martial law in Mindanao is expected to last until December 31, 2018. (READ: TIMELINE: Marawi clashes prompt martial law in all of Mindanao)

It was the second time martial law was approved after Congress voted on July 22 to extend the rule for another 5 months.

In a letter submitted to Congress, Duterte explained that the extension was needed “primarily to ensure total eradication of Daesh-inspired Da’awatul Islamiyah Waliyatul Masriq (DIWM), other like-minded Local/Foreign Terrorist Groups (L/FTGs) and Armed Lawless Groups (ALGs), and the communist terrorists (CTs) and their coddlers, supporters, and financiers.”

However, the SWS survey found that 66% of Filipinos believe that the Armed Forces of the Philippines “can suppress the Maute group and Abu Sayaff even without martial law.”

At least 18% disagreed while 16% were undecided.

The December 2017 results showing those who agree that the AFP can work without martial law is 12% higher than September 2017’s 54%.

Metro Manila registered the highest figure – 70% – of those who agreed in the statement, while there were 67% in Balance Luzon, 66% in the Visayas, and 61% in Mindanao.

Figures for all the probes increased compared to the results in September 2017.

Conducted using face-to-face interviews of 1,200 adults nationwide, the SWS survey has a margin of error of ±3% nationwide, ±4% for Luzon, and ±6% each for Metro Manila, the Visayas, and Mindanao. – Rappler.com