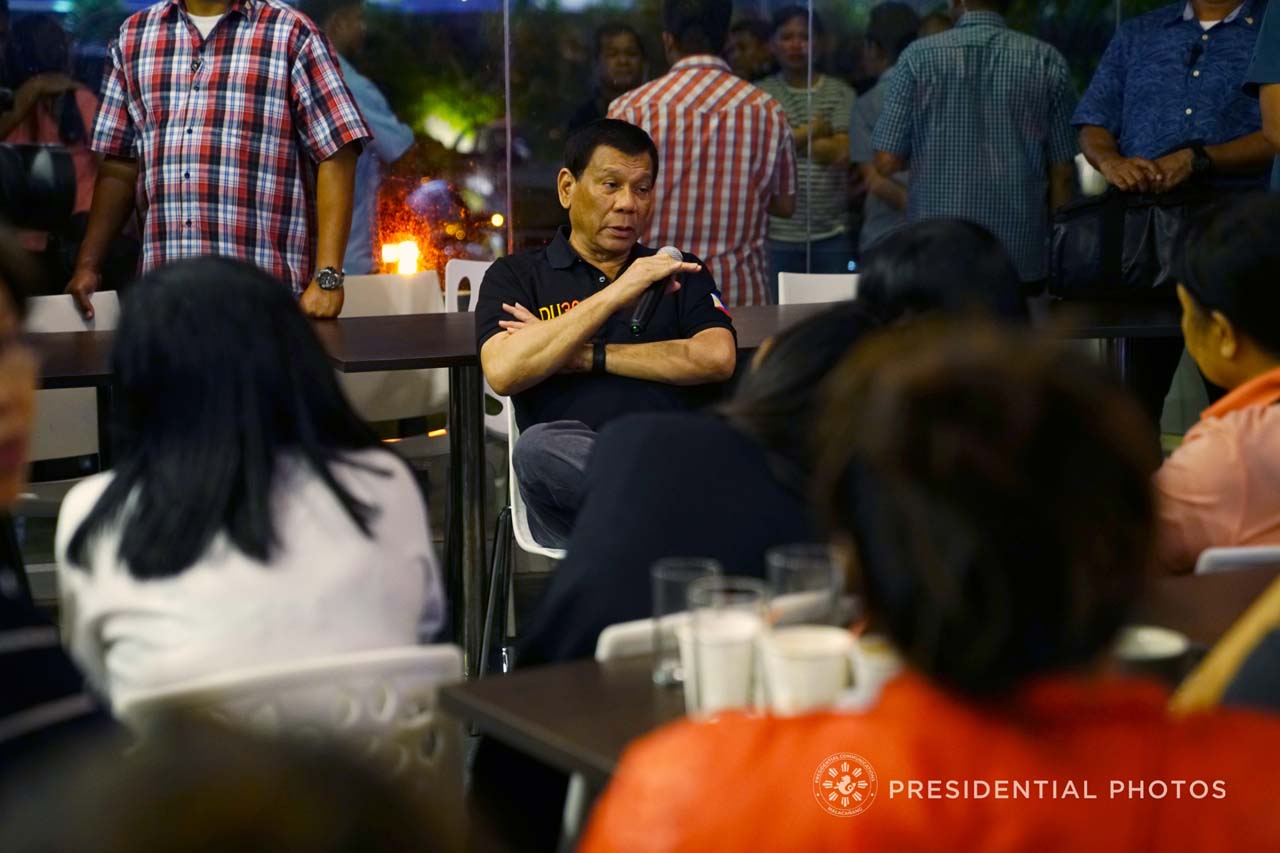 DAVAO CITY, Philippines – President Rodrigo Duterte on Christmas Eve, December 24, visited the relatives of the victims of the mall fire in Davao City, which is feared to have killed at least 37 people.

Duterte, along with Davao Archbishop Romulo Valles, began comforting the relatives past 3 am on Sunday, inside a restaurant where they had gathered since Saturday evening, December 23.

Media were barred from entering the area, but the President, the mayor of Davao City for two decades, was seen crying as he comforted the victims’ relatives.

Valles told reporters, “We’re helpless, but we have a God.”

In this meeting on Christmas Eve, Duterte broke the news that there is a “zero” chance of survival among dozens trapped in the shopping mall fire.

The victims were trapped inside NCCC Mall, where fire broke out on the 3rd level of its department store at around 9:30 am on Saturday. 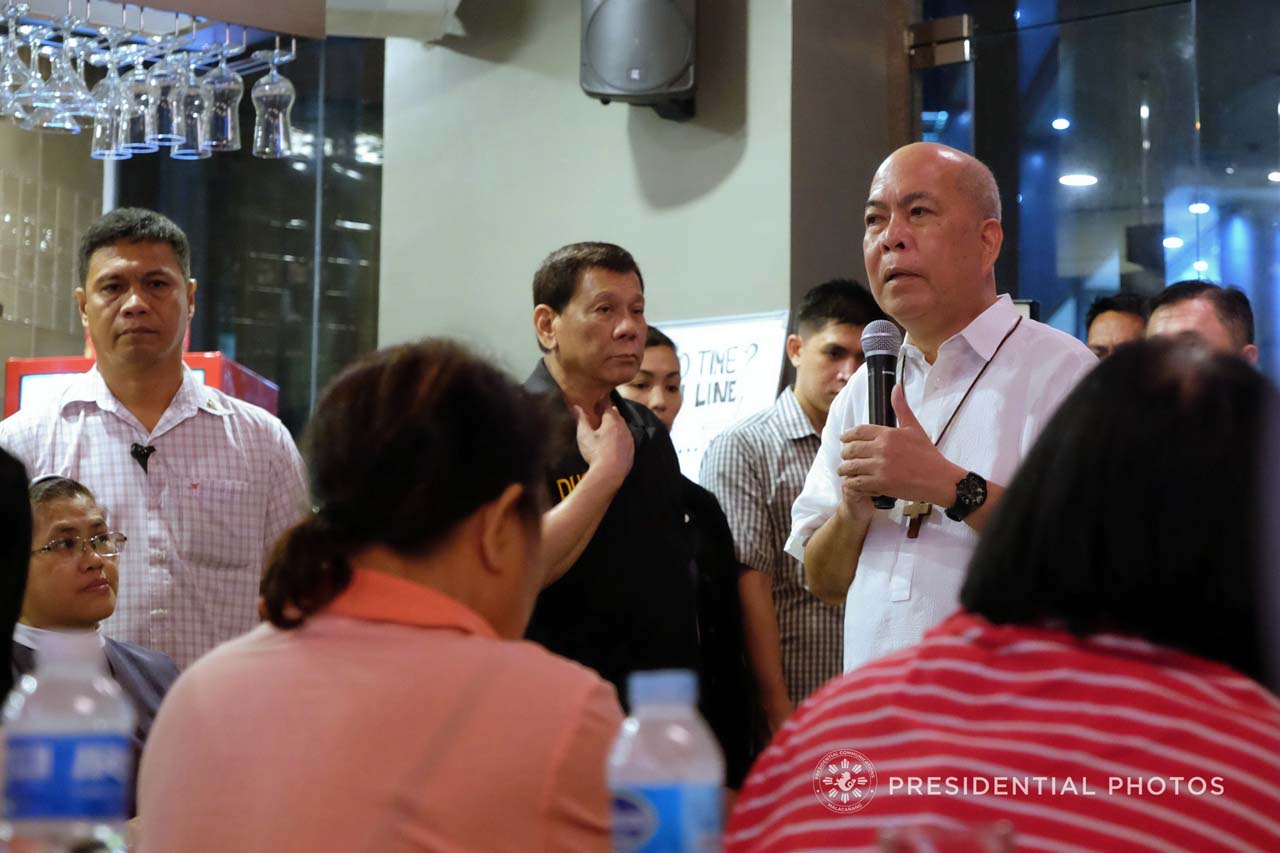 Davao City Vice Mayor Paolo Duterte, also the President’s son, said investigators believed some of those likely killed had been trapped in a call center, which operated 24 hours a day

Emotions were high and religious leaders were seen patting the backs of relatives, as authorities wearing Central 911 uniforms assisted those who had to be transported on wheelchairs.

Some 28 employees of Survey Sampling International (SSI) Philippines were trapped inside NCCC Mall of Davao, where the outsourcing company holds office on the 4th floor.

Authorities here did not immediately release official information, although many people on social media have been passing around lists of people possibly trapped inside.

Rappler checked the names on the list by searching these on Facebook, and found that some of these names were tagged in posts written by their friends.

“Before, I was really uncomfortable that she’s (working) there. And now this happened,” wrote one friend of those believed to be missing.

Since the fire broke out at 9:30 am on Saturday, countless of firetrucks have dashed into the disaster scene blasting pressurized water into the mall, which was burning for more than 12 hours.

Rescuers were challenged by dark plumes of smoke as they attempted to rescue lives inside.

Some 10 people were rescued earlier and were sent to hospitals, according to a high-ranking official of the outsourcing company who refused to be named. 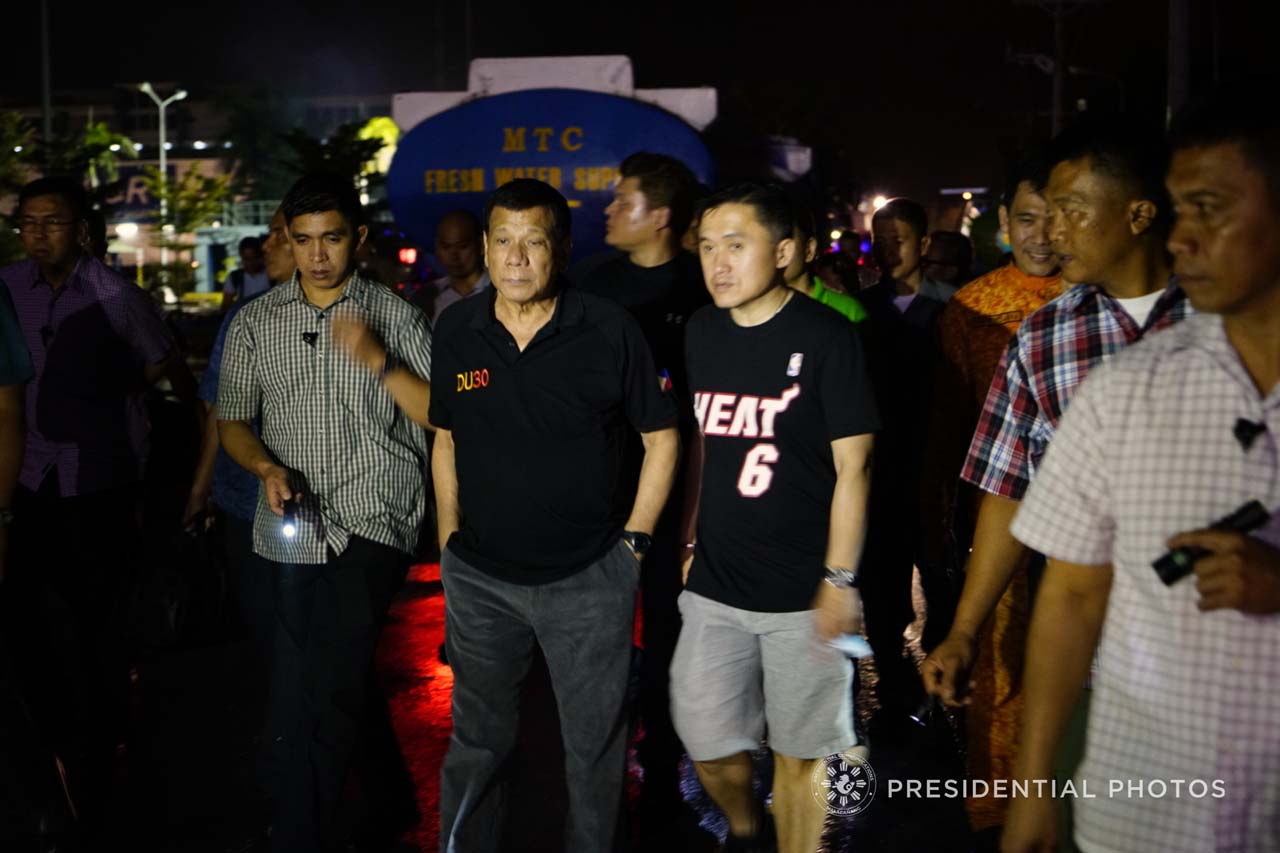 The shopping mall was supposed to extend its operating hours until 11 pm on Saturday, making way for customers doing last-minute shopping for Noche Buena.

The incident took place not long after thousands of residents here fled their homes when a river bursted its banks Friday evening, December 22.

Many of the rescuers there were the same personnel deployed to contain the Saturday fire.

NCCC Mall was operated by the well-known Lim family, whose ancestor Lim Tian Siu, a Fukien native, first reached the shores of Manila, before moving to Davao when war broke out in the Philippine capital in 1941.

Lim opened a textile business in this city in the 1950s, which would later be burned to the ground.