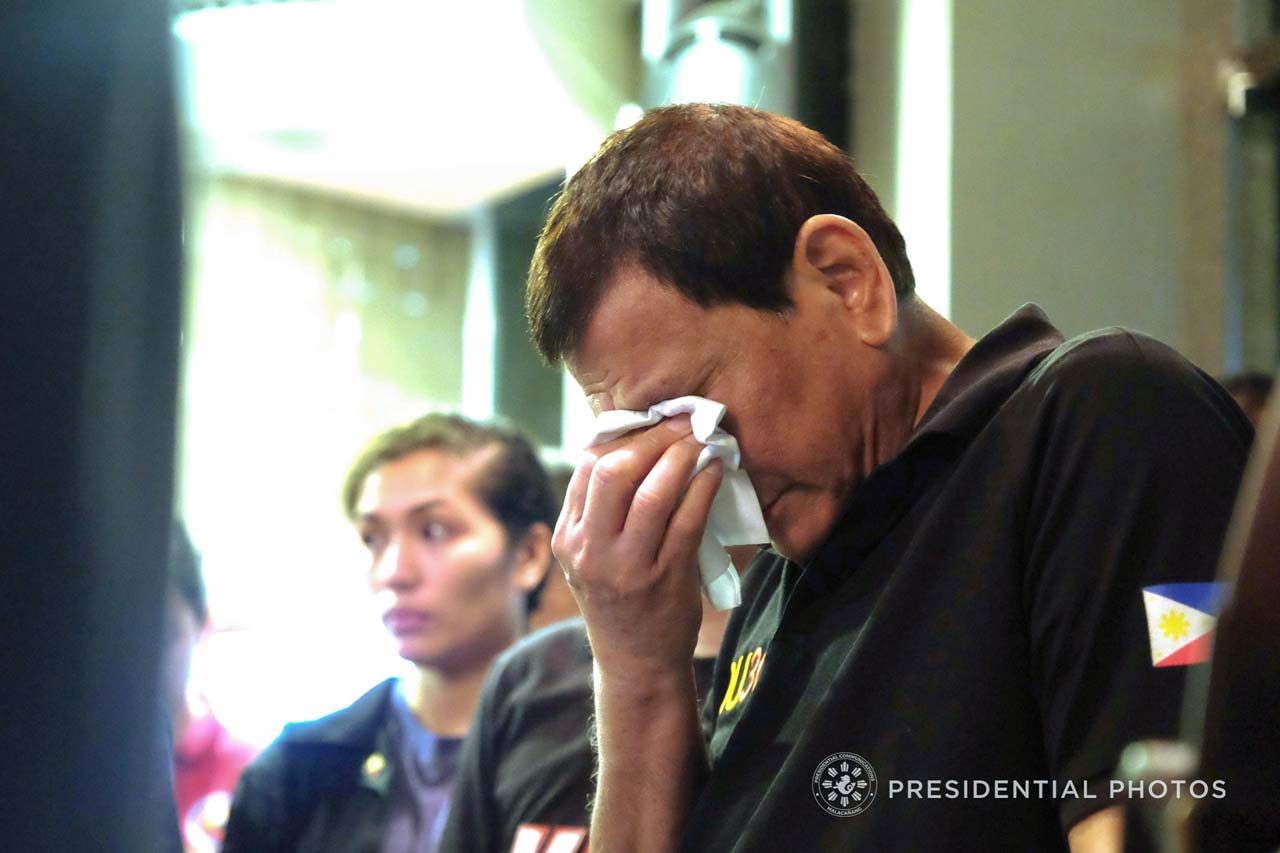 Facebook Twitter Copy URL
Copied
On Christmas Eve, President Rodrigo Duterte cries upon hearing the news that no one could have survived the fire in NCCC Mall, Davao City

MANILA, Philippines – On Christmas Eve, President Rodrigo Duterte visited the relatives of the victims of a mall fire in Davao City.

At past 3 am on Saturday, December 24, Duterte, along with Davao Archbishop Romulo Valles, comforted the families inside a restaurant where they had gathered since Saturday evening.

It was also where a weeping Duterte broke the news that there is a “zero” chance of survival among dozens trapped in the fire inside NCCC Mall. (READ: 37 feared dead in Davao City mall fire) Ralph Canoy, a police officer in the district, told Agence France-Presse that the fire was still going before dawn on Sunday morning.

“The fire started on the 3rd floor, which houses products like fabrics, wooden furniture and plastic ware, so the fire quickly spread and it’s taking a long time to put out,” he said.

He said investigators believed some of those likely killed had been trapped in the call center, which operated 24 hours a day. – with reports from Agence France-Presse/Rappler.com