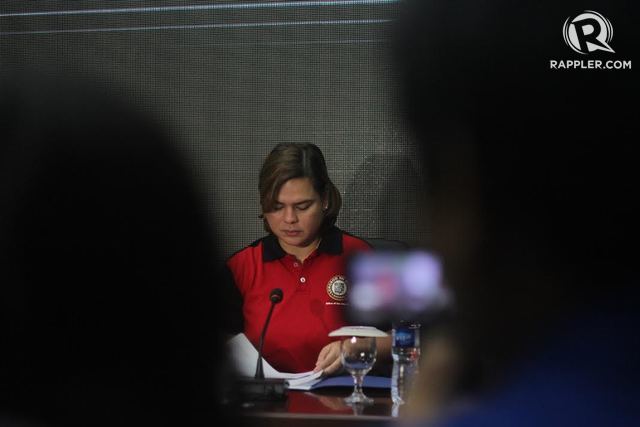 MANILA, Philippines – Representatives from the Chinese government are set to visit Davao City in January 2018 to provide assistance to victims of Tropical Storm Vinta (Tembin), as well as, aid to the relatives of employees who perished in the Davao mall fire.

This was disclosed by Davao City Mayor Sara Duterte in a press conference on Wednesday, December 27.

She was asked how much in assistance the Japanese government has committed to give Davao City to help victims of Tropical Storm Vinta. But she said she has yet to confirm the statement of Japanese Prime Minister Shinzo Abe. (READ: Japan ready to send help for victims of Vinta)

Instead, Duterte said she has personally confirmed that another country, China, plans to help Davao City residents.

She did not disclose, however, how much the Chinese government plans to donate to Davao City.

Then on Saturday, December 23, fire struck the NCCC Mall, killing 38.

Thirty-six of the victims were employees of American firm Research Now SSI, which has promised to arrange counseling for its employees, support the victims’ funeral arrangements, and create a fund for contributions to the victims’ families. (READ: ‘Heads must roll over Davao mall fire deaths’ – labor groups)

The Department of Justice said it will launch a criminal investigation into the cause of the fire while the Department of Labor and Employment vowed to probe whether or not the mall should be held liable for the deadly blaze. – Rappler.com