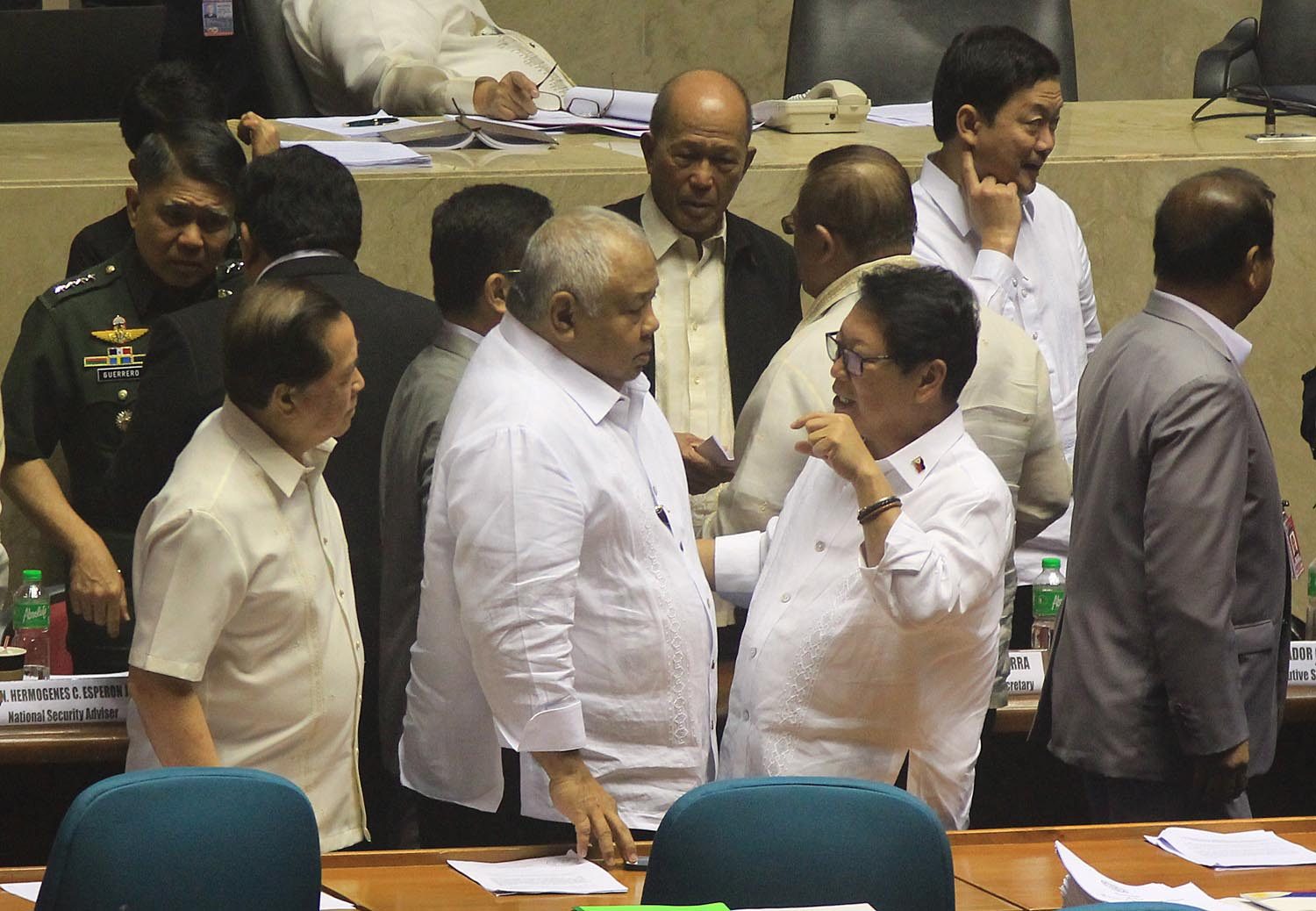 MANILA, Philippines – Members of the House opposition from an independent bloc asked the Supreme Court (SC) on Wednesday, December 27, to put a stop to the extension of martial law in the island of Mindanao.

The so-called “Magnificent 7,” led by Albay Representative Edcel Lagman, filed a petition before the SC questioning the constitutionality of a second extension of martial law and the suspension of the writ of habeas corpus over Mindanao.

In GR No. 235935, Lagman and another lawmakers cited the following in asserting that the extension of martial law in Mindanao should be declared null:

During a joint session on December 13, both chambers of Congress voted 240-27 to approve President Rodrigo Duterte’s request to extend martial rule and the suspension of the privilege of the writ of habeas corpus in the southern-most region until December 31, 2018.

This was the second time Duterte asked for an extension. Sixty days after declaring martial law in Mindanao, Congress approve Duterte’s request to allow it to remain in the island until December 31, 2017.

In late May 2017, local terror groups affiliated with the Islamic State attempted to take over the city of Marawi. It took over 5 months for government forces to flush out most of the terrorists from the city.

It asked for an extension, citing the ongoing threat in the area and the terror groups’ attempts to increase their numbers and plan other attacks. Duterte also cited the threat of communist rebel forces in asking for the extension.

Lagman, as well as other legislators who were against the extension, have argued that “rebellion” or “invasion” – the only circumstances that would warrant the declaration of martial law – should be “real, not contrived.”

In their petition, Lagman also insisted that the move to extend martial law for an entire year in order to crush the remaining terror groups was akin to “killing a fly with a sledgehammer.”

They also asked the Supreme Court to give judicial notice to the joint approval of Congress of the extension, since it has yet to make public a copy of the joint resolution. – Rappler.com