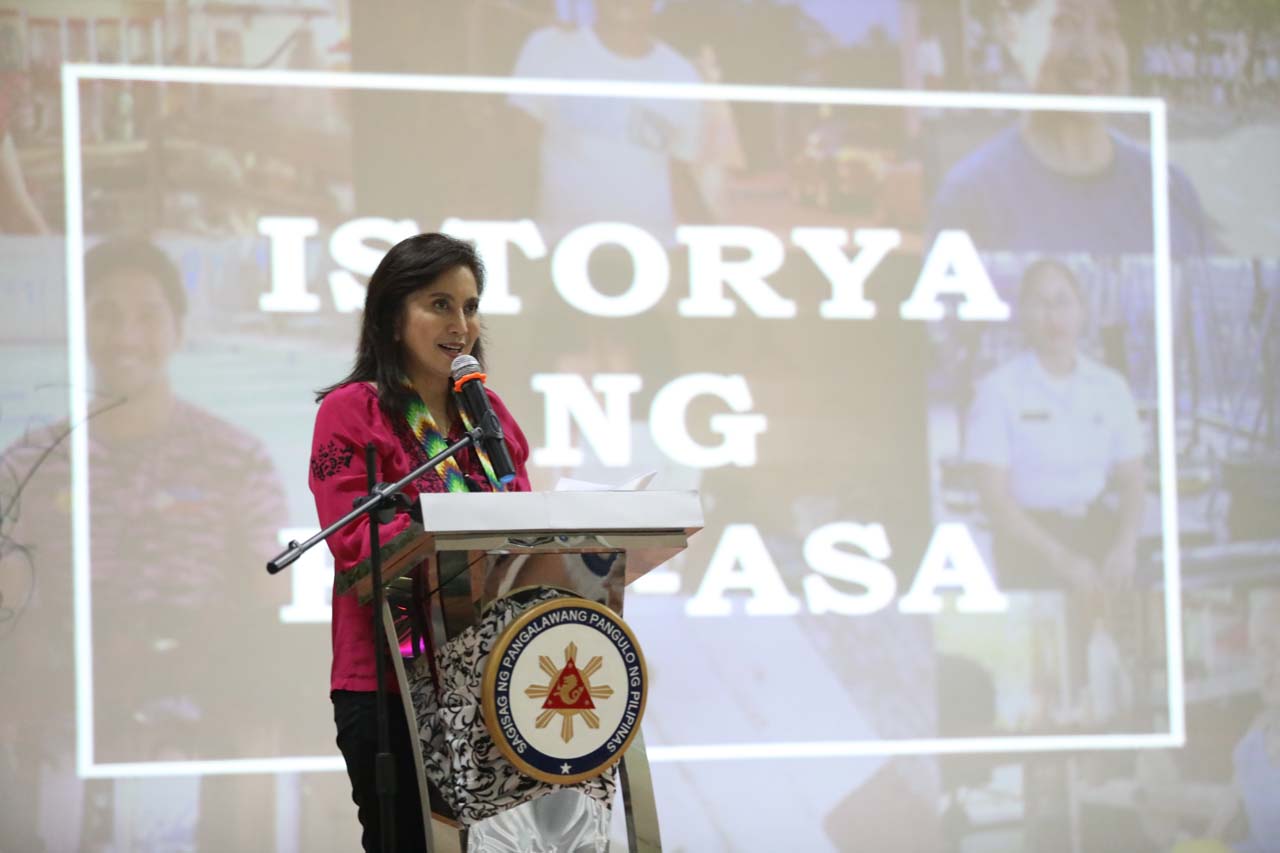 MANILA, Philippines – Vice President Leni Robredo hopes 2018 will be a more peaceful and less polarizing year for Filipinos, with fewer calamities and no more killings across the land.

Robredo bared her New Year wish for the country in a media interview on the sidelines of an event in her Quezon City office on Thursday, December 28.

(For me, it’s not just one [wish], but first, peace for our country. Second, I wish there will be less calamities….I wish we can avoid fighting, killings; and that Filipinos will become united.)

The Vice President observed that 2017 “didn’t end very well” for Filipinos, citing the natural disasters that struck parts of the country in December.

(The year didn’t end very well for all of us. There were calamities that happened one after the other, and what’s saddening is that many people died.)

(We have been working for a long time on achieving zero casualty in times of disaster, but my question now is, why were there so many deaths? I think it’s time to reassess what we’ve been doing wrong.)

Several natural calamities struck the Philippines in 2017. At the start of the year, Typhoon Nina ravaged Robredo’s home province Camarines Sur and nearby areas, with the damage pegged at P681 million. (READ: Robredo visits Nina-hit CamSur: ‘I wish I was here’)

Many families will welcome the new year in evacuation centers after Vinta sliced across Mindanao, Palawan, and Davao Oriental last week. The storm left hundreds of people dead, and caused flash floods and landslides that destroyed homes. In Davao City alone, over 31,000 residents were affected by flooding.

On the last week of 2017 too, 4 towns in Camarines Sur had been flooded due to heavy rainfall.

Robredo also noted that 2017 was a “very polarizing” year for Filipinos.

(I think what happened in 2017 wasn’t good as far as unity was concerned. Filipinos were too polarized in the past year. I hope this will change in 2018, because the key to progress as a nation is national unity.)

Since President Rodrigo Duterte rose to power, his supporters have mobbed his critics online, spreading false information against them. (READ: State-sponsored hate: The rise of the pro-Duterte bloggers)

The Vice President, who has voiced her opposition to some policies and decision of Duterte, has been the subject of such attacks. (READ: ‘Unapologetic’ fake news spreaders an ‘insult’ to gov’t officials – Robredo)

Several Duterte supporters even drafted an impeachment complaint against her for saying the drug war has leaft Filipinos “hopeless and helpless” in a video played by a non-governmental organization on the sidelines of a United Nations event in Vienna, Austria.

Ths impeachment bid did not come into fruition, as the document was not endorsed by any lawmaker in the House dominated by Duterte allies. – Rappler.com