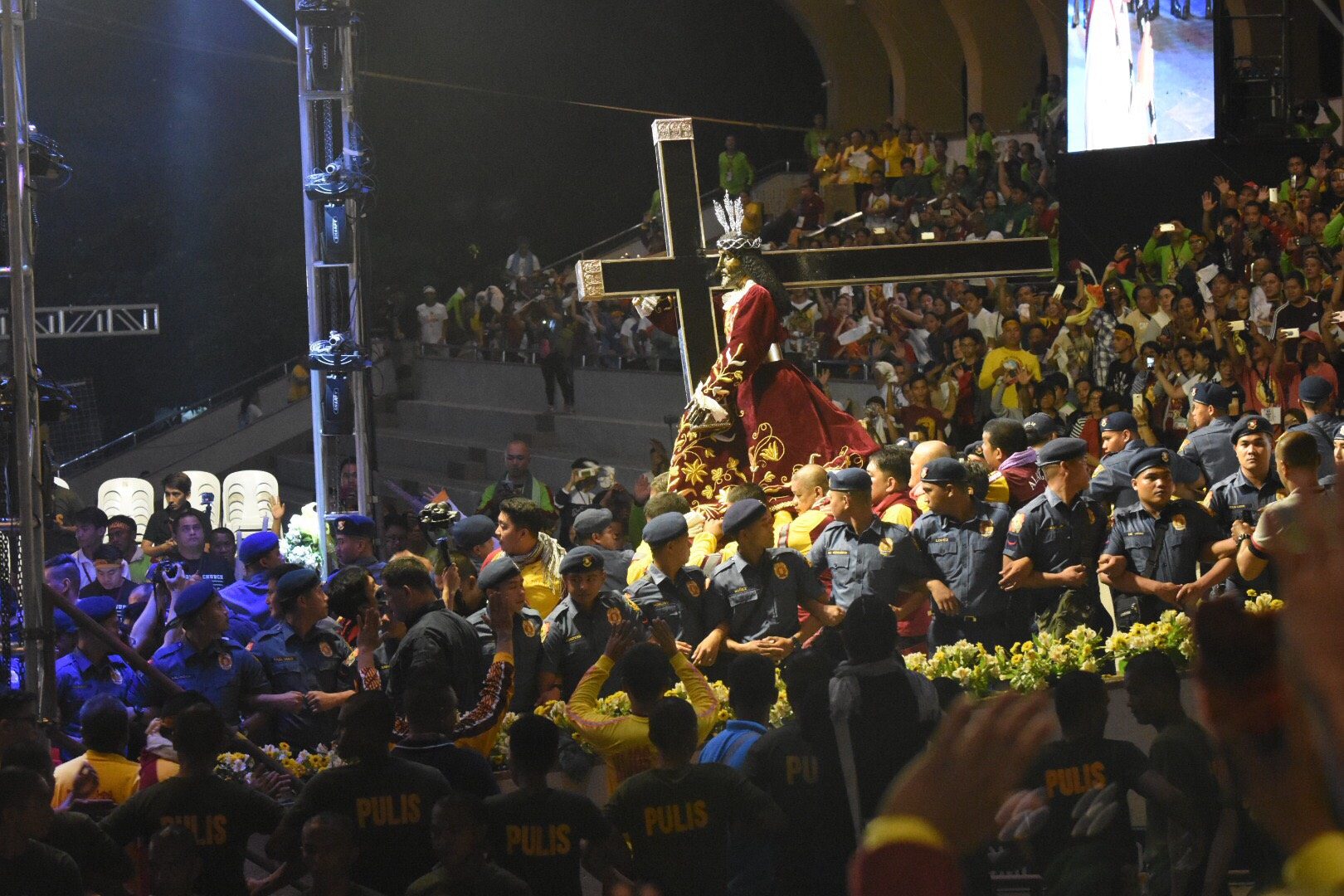 MANILA, Philippines – The annual procession of the Black Nazarene, called the Traslacion, began at around 5:40 am on Tuesday, January 9, as the Manila archbishop called for aid for disaster victims in the Philippines.

The Traslacion is a nearly 24-hour procession that brings the 17th-century statue of the Black Nazarene from Quirino Grandstand to its home in Quiapo Church.

The procession began after morning prayers at Quiapo Church past 4 am on Tuesday.

Hours before this, Manila Archbishop Luis Antonio Cardinal Tagle delivered the homily in a midnight Mass also at the Quirino Grandstand.

During the Mass, Tagle urged devotees to remember victims of typhoons and the Marawi siege as they marked the Feast of the Black Nazarene.

(Let us be one with them. Let us carry them and bring them along in Jesus’ journey with us, as he carries our crosses.)

(Let us not lose heart because someone is journeying with us – Jesus, who is with us in the Traslacions of our lives.)

Up to 8 million devotees join the annual procession of the Black Nazarene, a 17th-century mulatto image of Jesus Christ, which Filipinos believe to be miraculous.

Cloaked in a maroon robe, crowned with thorns and bearing a cross, the Nazarene statue was brought to Manila by Augustinian priests in 1607, decades after the start of Spain’s colonial rule.

It was believed to have acquired its color after being partially burnt when the Galleon ship carrying it caught fire on a voyage from Mexico, another Spanish colony at the time. – with reports from Agence France-Presse/Rappler.com