49% of Filipinos expect better life in next 12 months – SWS 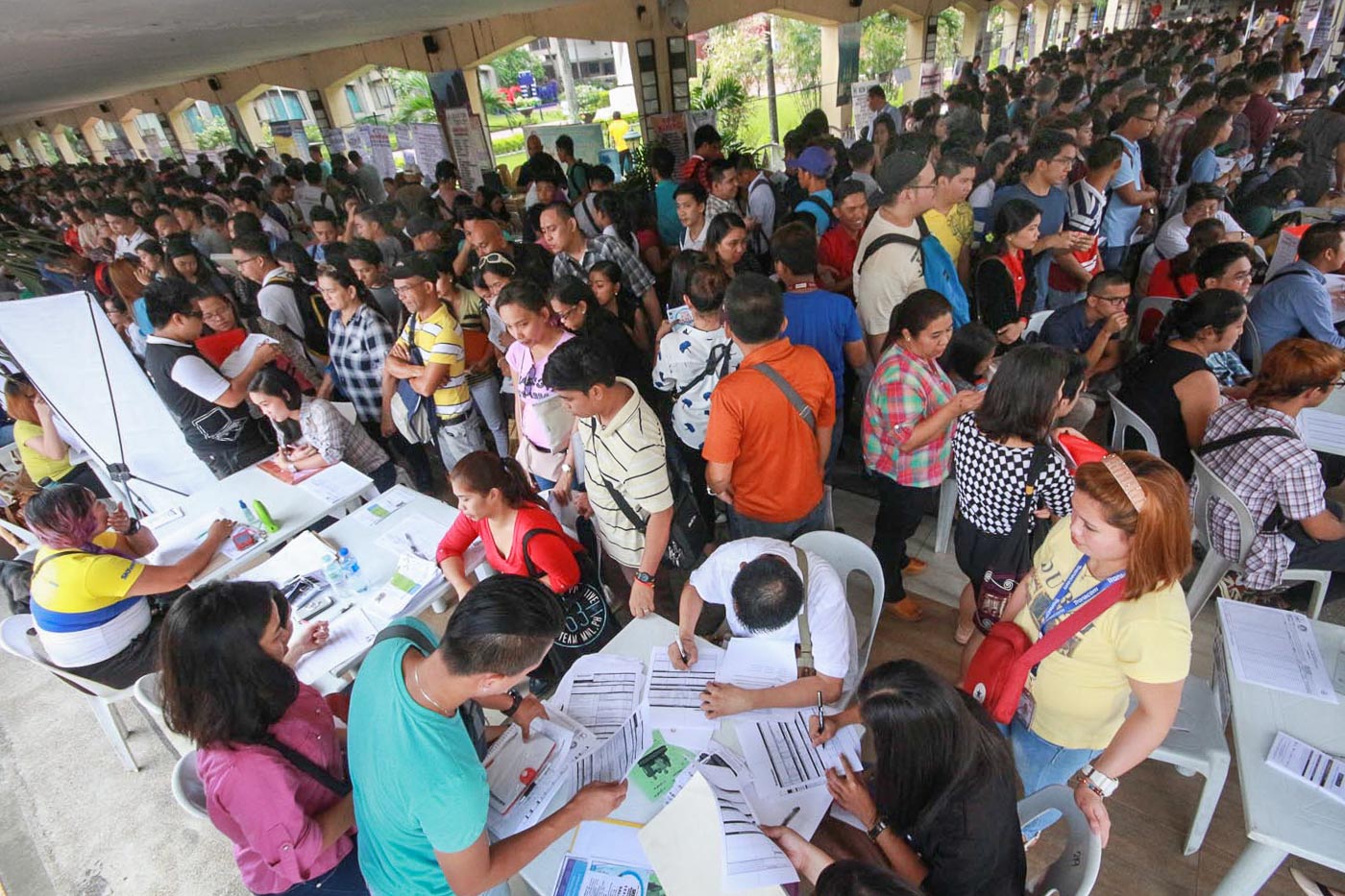 MANILA, Philippines – Forty-nine percent of Filipinos expect a better quality of life in the next 12 months, according to results of a Social Weather Stations (SWS) survey released late Monday, January 8.

Based on the Fourth Quarter 2017 SWS surveys held from December 8 to 16, 2017, 49% of Filipino adults are “optimists” or expect their personal quality of life to improve in the next 12 months, while 3% are pessimists or expect their lives to get worse in the same period.

There were as many optimists in June 2016, when the record-high level of 49% was first achieved.

This translates to a “record-high Net Personal Optimism score of +46,” SWS said in a statement, adding that the second highest net personal optimism recorded was in September 2017, when it was at +42.

“The 4-point rise in Net Personal Optimism nationwide was due to increases in Balance Luzon and Mindanao, combined with a steady score in the Visayas, and a decline in Metro Manila, from September 2017 to December 2017,” SWS explained.

The Fourth Quarter 2017 Social Weather Survey, which was conducted among 1,200 adult respondents nationwide, has sampling error margins of ±3% for national percentages, and ±6% each for Metro Manila, Balance Luzon, Visayas, and Mindanao.

In terms of geographical location, net personal optimism was “excellent” in Mindanao, the National Capital Region, and Balance Luzon, where it rose by 6 points and is up by one grade; and “very high” in the Visayas.

While net personal optimism remained “excellent” in Metro Manila, it went down by 3 points to +49 from +52 in September 2017. 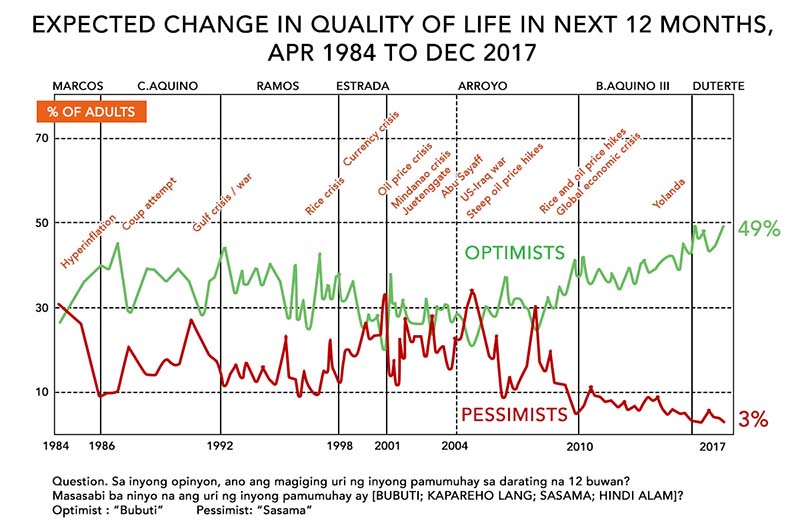 In terms of socio-economic classes, net personal optimism was “excellent” among classes ABC and D,  and “very high” among the poorest class E.

While net personal optimism stayed excellent among the poorest class E, it is 5 points lower than in September 2017, or to +33 from +38.

The survey results also showed that 52% of Filipinos are optimistic that the economy would improve in the next 12 months, while 9% think it would deteriorate, for a net optimism of +42. This is 12 points higher than in September 2017.

The highest net optimism on the economy – which has been “excellent” since December 2015 – was recorded in December 2016, when it was at +43.

SWS credited the 12-point increase in net optimism on the economy on the improved optimism in all geographical areas. 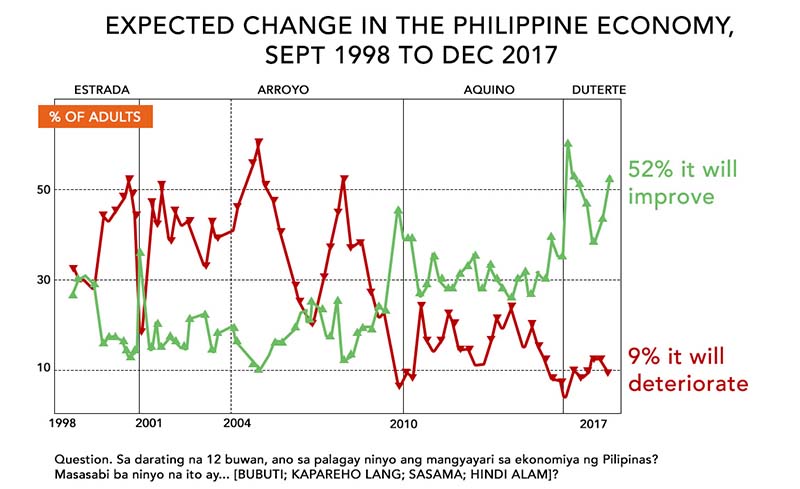 Net optimism on the economy also remained “excellent” among all socio-economic classes, with the highest increase recorded in class D, up 13 points to +43 in December from +30 in September.

Asked to compare their current personal quality of life to last year, 41% of Filipinos deemed themselves as “gainers” or said their lives improved, while 18% were “losers” or believed their lot worsened.

“The 4-point rise in the national Net Gainers score was due to increases in Metro Manila, Visayas, and Balance Luzon, combined with a slight decline in Mindanao,” SWS explained.

Net gainers stayed “excellent” in Balance Luzon, rising to a record-high +22 from +20 in September, and in Mindanao, though down by two points to +29 from +31 in September.

Net gainers fell by one grade from “excellent” to “very high” in class ABC – down by 18 points from +35 in September to +18 in December, said SWS.

Among the dominant news during the survey period were the deliberations on the Duterte administration’s tax reform package, which the government tagged as a means to fund its ambitious infrastructure package but which critics warned would hurt the poor the most.

President Rodrigo Duterte signed into law the Tax Reform for Acceleration and Inclusion (Train) bill on December 19, or after the survey period.

The classification used for the net personal optimism, net optimism about the economy, and net gainers scales is shown in the table below:

SWS said it employs its own staff for questionnaire design, sampling, fieldwork, data-processing, and analysis, and does not outsource any of its survey operations. – Rappler.com