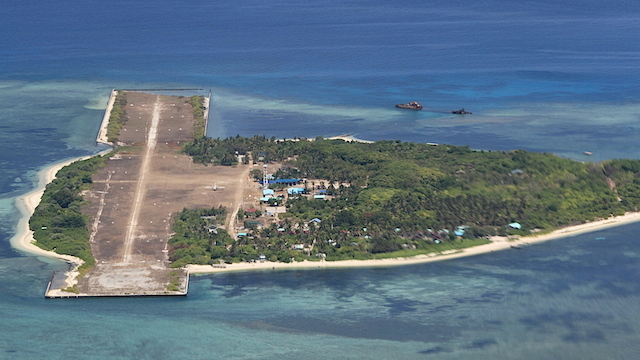 MANILA, Philippines – The Philippines said it is again gearing to start repairs on its dilapidated runway on Pag-asa Island in the West Philippine Sea (South China Sea), a project that was already funded by the previous Aquino administration but which has continued to face delays.

Defense Secretary Delfin Lorenzana said the military will improve facilities in the West Philippine Sea in the next months, prioritizing the runway of the Rancudo Airfield on the island inhabited by about a hundred Filipinos. (READ: The residents of Pag-asa: Life on disputed island)

Lorenzana said he is confident the project will finally push through as he expects no opposition from China, citing good relations with the military superpower. (READ: PH runway in Spratlys erodes as China reclaims to build own)

China claims almost all of the entire South China Sea. It repeatedly protested in the past Philippine plans to improve facilities on the island.

“I don’t think they will protest. Our purpose there is peaceful,” Lorenzana said. “It will push through.”

Lorenzana visited the island last year, along with the top commanders in the military, after President Rodrigo Duterte backed out of a plan to plant the Philippine flag there on June 12, 2017 during the Philippine Independence Day celebration.

In his visit to the island, Lorenzana announced the allocation of P1.6 billion for repairs on the island. The project continued to face delays, however, with the military blaming “weather conditions.”

The project to fix the runway was funded and bidded out during the former administration of President Benigno Aquino III but it did not push through. – Rappler.com