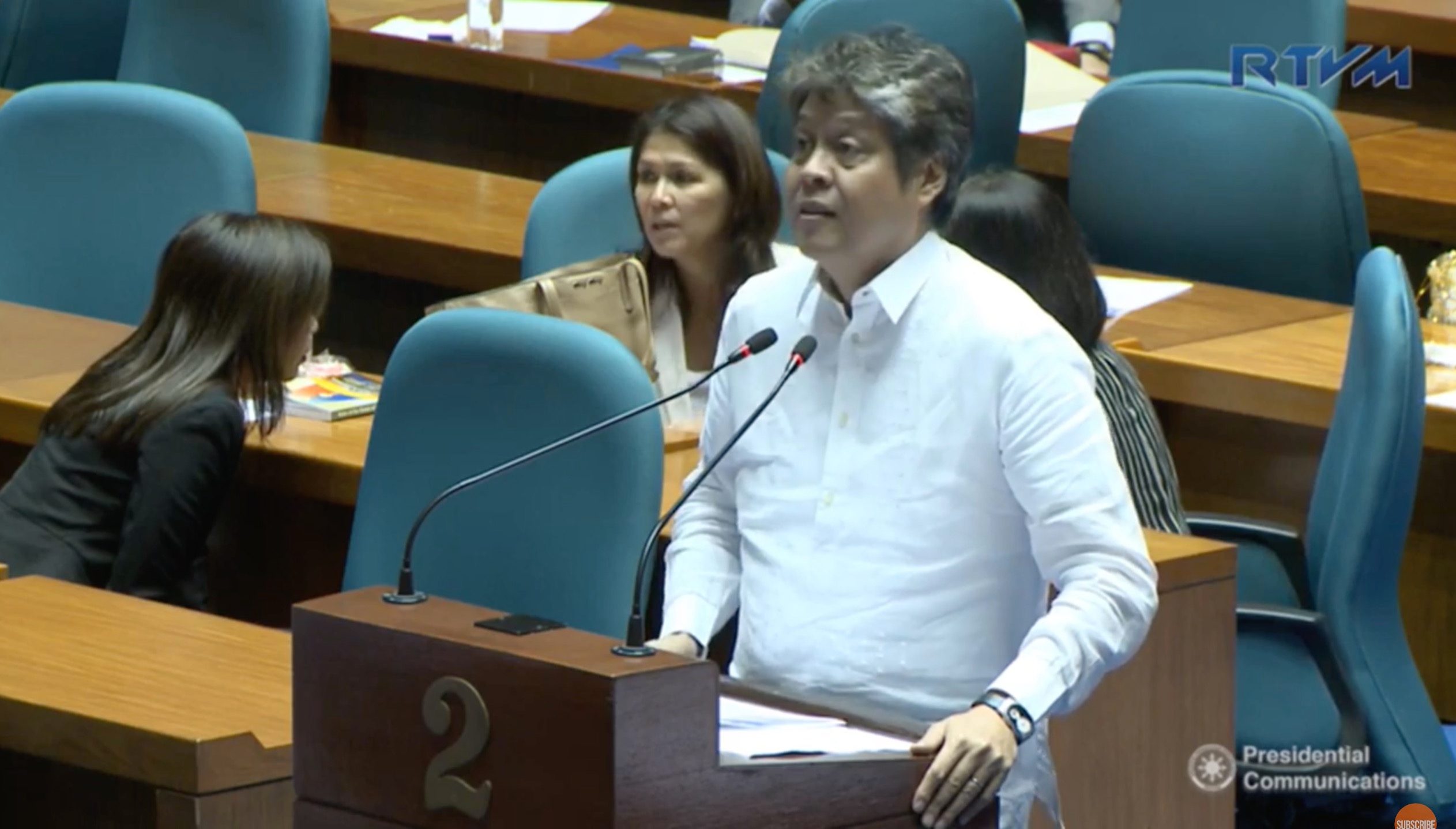 MANILA, Philippines (UPDATED) – The Senate is set to resume its discussions on the controversial Charter Change on Wednesday, January 17.

Minority senator Francis Pangilinan, chairman of the Senate committee on constitutional amendments and revision of codes, said 3 pending bills will be tackled in the hearing.

These include Resolution of Both Houses No. 1 filed by Senate Minority Leader Franklin Drilon, Joint Resolution No. 1 by Senator Richard Gordon, and Senate Bill No. 128 by Senator Juan Miguel Zubiri.

Constitution experts as well as members of the academe, business sector, labor sector, and civil society would be invited.

“The way to initiate changes or reforms in the Constitution is through a deliberative, thorough, and transparent process. Everyone will have a say here and no one will be left in the dark,” Pangilinan said in a statement on Wednesday, January 10.

The committee has so far conducted one hearing led by Drilon, who was then the Senate president pro-tempore.

‘Will you trust Congress?’

Pangilinan said next week’s hearing would seek to determine whether there is a need to amend the 1987 Constitution, which provisions or parts to revise, whether through Constituent Assembly or Constitutional Convention, and whether Congress should vote jointly or separately if via Con-Ass. (READ: The problem with Con-Ass? Distrust of Congress)

Senate President Aquilino Pimentel III is set to submit a resolution this week calling for Con-Ass to revise the Constitution and, specifically, to study the shift to a federal form of government. Under Con-Ass, sitting members of Congress would have the power to propose amendments, which would then be approved by the public through a plebiscite.

Pangilinan earlier raised doubts over Congress proposing amendments, after House Speaker Pantaleon Alvarez floated the idea of a “no-elections” (no-el) scenario in 2019 during the transition to federalism.

“After witnessing the congressional hearings on extrajudicial killings, on Senator [Leila] de Lima’s alleged connection with drug syndicates, on the P6.4-billion BOC (Bureau of Customs) shabu smuggling scandal allegedly involving the Davao Group, the impeachment of Chief Justice [Maria Lourdes] Sereno, the approval of the one-year extension of martial law in Mindanao, the slashing of the CHR (Commission on Human Rights) budget to P1,000, will you trust Congress with charter change?” Pangilinan said.

Drilon has said opposition senators are “open” to questioning the manner of voting before the Supreme Court, as he insisted the two chambers of Congress should vote separately. – Rappler.com