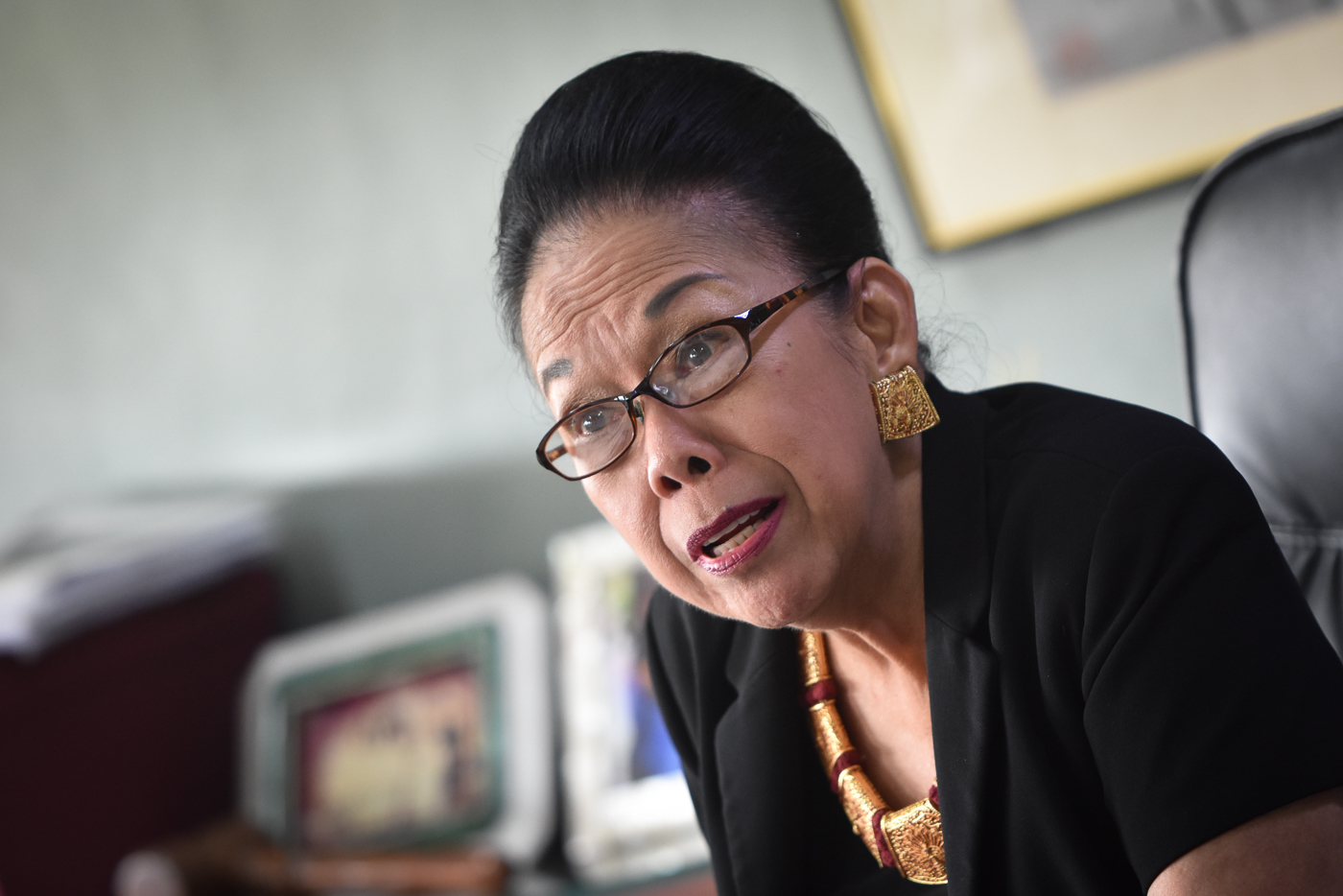 The CHED chair said going on overseas trips to meet with her counterparts in foreign countries is part of the commission’s mandate to pursue internationalization in education, as stated by CHED Memorandum Order No. 55, series of 2016.

“And all of these things had to do with very specific commitments. And it’s because of these travels that we are able to have joint programs with educational institutions abroad. We’re able to send scholars from the Philippines to receiving countries and receive also from foreign countries,” Licuanan said.

“In many ways, I’m sort of the taong-bahay (person who stays at home) because I don’t travel all much,” she added.

Licuanan was able to produce documents proving the Office of the President had indeed approved her foreign trips in 2017.

Nograles conceded he had mistakenly accused the CHED chief of not securing permission from Malacañang, but he called her out for being absent for 41 days, using P893,102 in government funds, and booking business class tickets for her trips.

In response, Licuanan argued that the money she spent on the trips returned to the country in the form of scholarship opportunities for students.

“So basically, the accusation of a travel binge and being globetrotting are excessive,” said Licuanan.

She did admit that she books business class for her trips, but she said this was allowed by Malacañang, too.

“Traveling business class was a practice for heads of agencies and members of Cabinet. Basically it’s covered by the Office of the President’s memo which says for long-haul trips, we are allowed to travel business class,” said Licuanan.

She also reasoned she occasionally gets vertigo.

“I did say I invoked also my occasional vertigo. But this is something I asked permission for and this was allowed and has been allowed in my past travels,” said Licuanan.