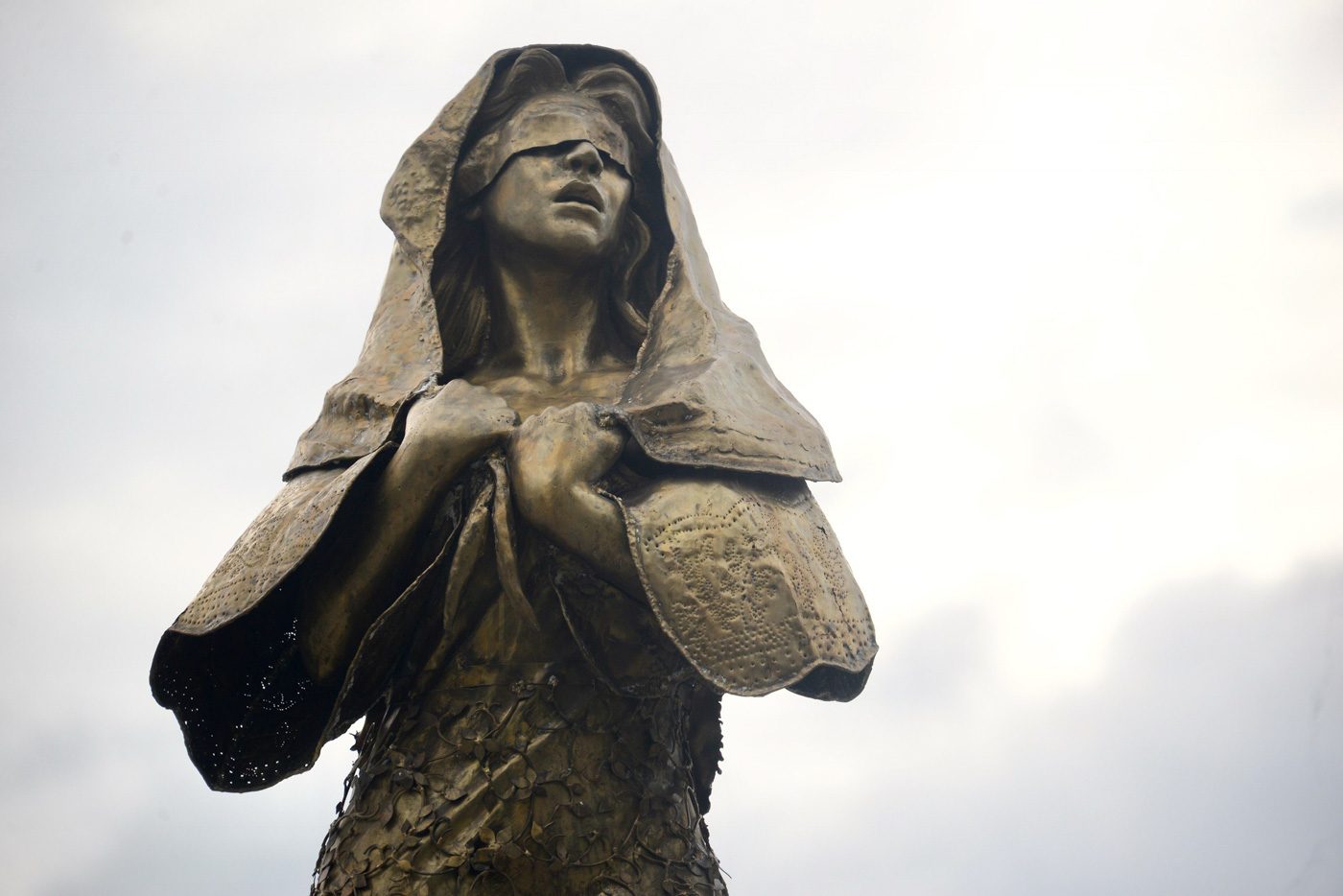 MANILA, Philippines – Philippine Foreign Secretary Alan Peter Cayetano warned that the Philippines “long-term” relationship with Japan is at stake after the statue of a World War II comfort woman, or sex slave, was installed along Manila Bay.

“You can’t strengthen your relationship long term if you keep bringing up things that you think are settled,” the secretary of the Department of Foreign Affairs (DFA) said in an interview with reporters Friday, January 13.

Cayetano explained that the issue of comfort women, which heated up in the early 1990s, was included in the reparations made by Japan in 1956.

This is a position criticized by World War II comfort women in the Philippines, as they demand a public apology and just compensation from Japan.

Cayetano said that the Philippines’ official position “does not stop any group or any individual, or Filipinos in general, from seeking any kind of settlement, justice, et cetera.”

The Philippines’ foreign secretary made these remarks after Seiko Noda, Japan’s internal affairs and communications minister, reportedly complained to Duterte about the statue.

“It’s regrettable for this kind of statue to suddenly appear,” Noda said, as quoted by Kyodo News.

Standing by the iconic Manila Bay, the statue of a comfort woman along Manila Bay generated controversy after Japanese officials complained about it in late 2017.

The statue was allegedly erected without permits.

Cayetano said an interagency panel is looking into the “process” that led to installing the statue.

To drive home his point, he said he will also voice concern if the Japanese built statues of Filipino offenders in Japan.

“As foreign secretary, I’ll call them and say, ‘What’s the statue about?’ Not necessarily to protest, but what’s it about? Then I’ll look at the effect,” he said.

(Because the intention and the effect are two different things. Because if your intention is just to honor, et cetera, that’s okay. But if the effect is that you’re getting mad at each other, that’s my concern.)

Malacañang earlier said that Duterte will not do anything about the statue, even after the expression of concern by Japanese officials, because it is not a presidential project. Presidential Spokesperson Harry Roque had also said the statue was not a diplomatic issue. – Rappler.com