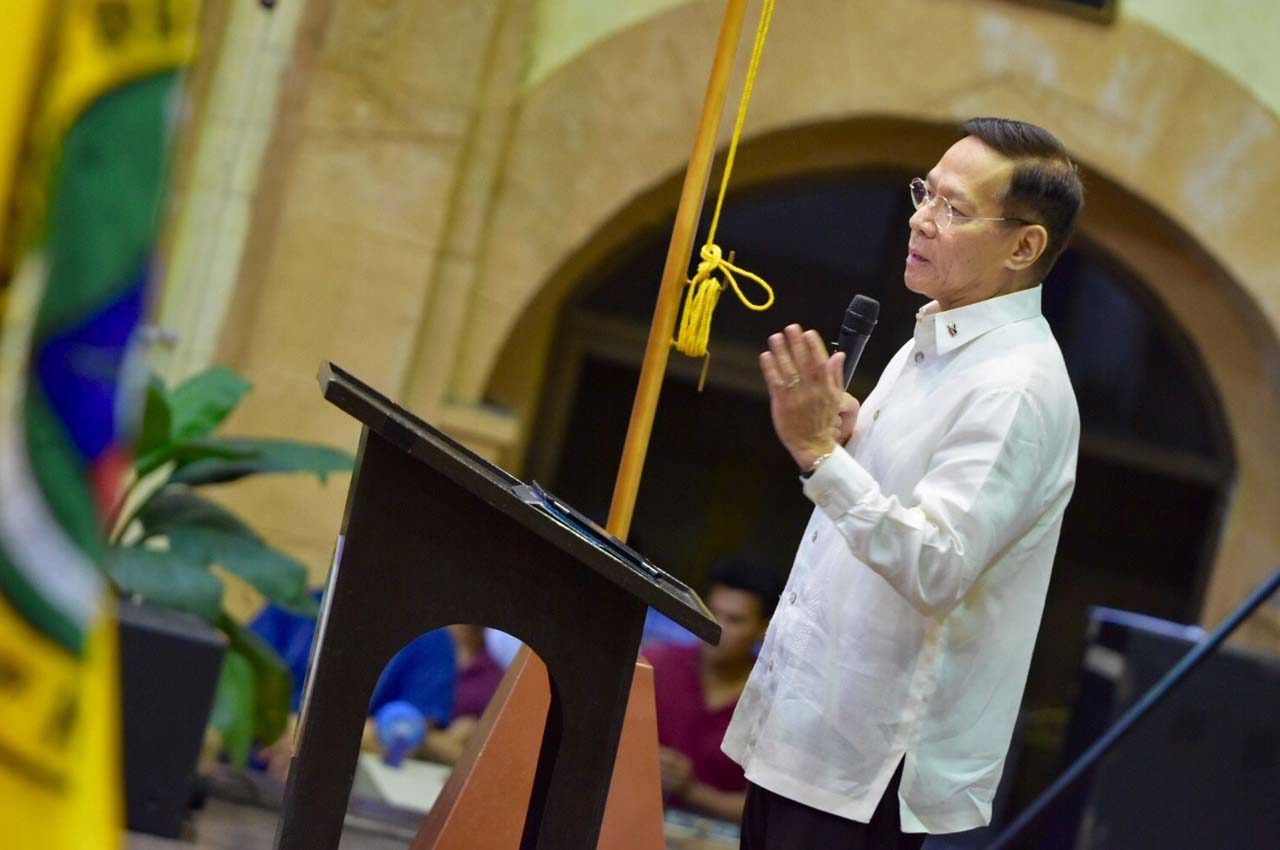 MANILA, Philippines – Department of Health (DOH) Secretary Francisco Duque III urged those accusing a mafia-like group of officials is operating within the agency to file the appropriate cases in court.

“I have always advocated for transparency and good governance and I will not allow corruption under my watch. If they have evidence to support the allegations, I encourage them to go forward and file the necessary cases,” he added.

Ex-DOH consultant Francis Cruz accused the following former and current officials as part of the “DOH” mafia, who had supposedly benefitted in the controversy over the now-suspended Dengvaxia dengue vaccination program:

Cruz was a consultant under the terms of ex-DOH chiefs Enrique Ona and Paulyn Ubial.

Duque said he will order a review of the contracts entered into by the previous administration, but the allegations against the said officials “are still unsubstantiated at this point.”

“Now that we are back at the DOH, we will strengthen our good governance campaign and ensure that our officials and staff adhere to the highest standards of professionalism and integrity.   We will definitely not tolerate corruption,” said Duque.

Garin denied she was part of the so-called “DOH mafia.”

“His claim is a big lie! I categorically deny any wrongdoing as former DOH secretary and public servant,” she said in a text message.

“These attacks are not only geared towards specific persons. It’s an attack on the institution,” added Garin.

Public health experts were against the “rushed” implementation of the program, arguing studies on the safety, efficiacy, and cost-effectiveness Sanofi Pasteur’s Dengvaxia dengue vaccine have not been completed at the time.

Less than two years later, Sanofi said its vaccine could lead a person to develop a more severe case of dengue if he or she had not been infected by the virus prior immunization.

The government allocated P3.5 billion for the immunization program. Duque demanded Sanofi to refund P1.4 billion over the  remaining unused vaccine vials left in DOH’s warehouses, which the company complied with on Monday.

The Food and Drug Administration slapped Sanofi with a P100,000 fine and suspended Dengvaxia’s sale in the country after the company failed to comply with post-marketing authorization requirements. – Rappler.com