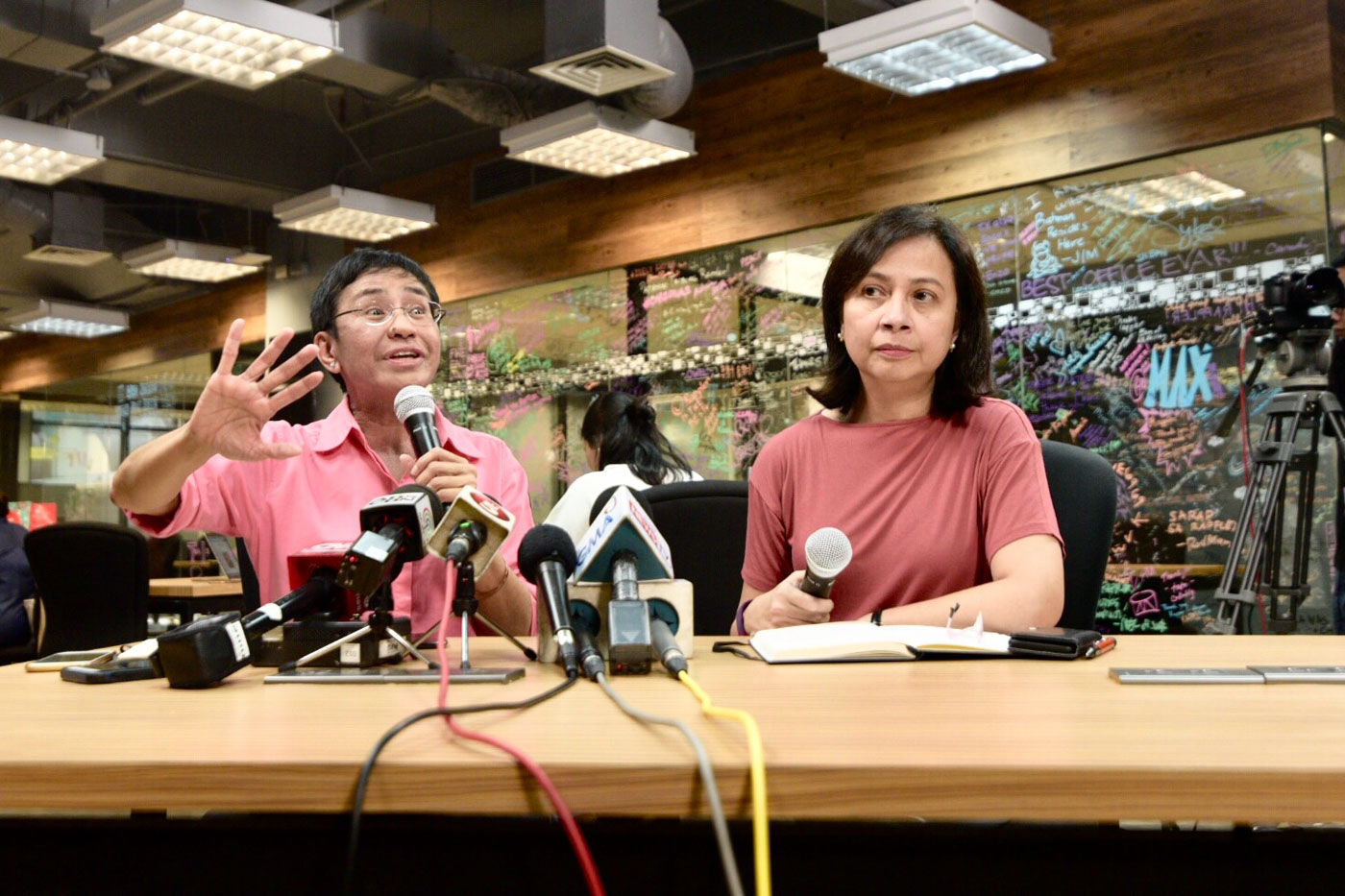 MANILA, Philippines – Malacañang said the Department of Justice (DOJ) now has “legal basis” to file charges against Rappler after the Securities and Exchange Commission (SEC) revoked the registration of the social news network.

“Does this mean that the DOJ will file charges against Rappler?” asked ANC anchor Karen Davila in an interview with Presidential Spokesperson Harry Roque on Tuesday, January 16.

Roque answered: “It’s up to the DOJ now. Of course they have the legal basis to do so because the SEC decision is very clear. This is a possible violation of the Anti-Dummy Law.”

Violators of the Anti-Dummy Law face imprisonment of 5 to 15 years.

The SEC had also given the DOJ a copy of its January 11 ruling “for appropriate action.”

In its decision, the SEC said Rappler violated constitutional restrictions on ownership and control of mass media entities because of funds coming from Omidyar Network (ON), a fund created by eBay founder and entrepreneur Pierre Omidyar.

The SEC cited a “repugnant” provision in the terms of the Philippine Depositary Receipts (PDR) issued to Omidyar Network.

A PDR is a financial instrument that allows foreigners to invest in a Filipino company, without owning any part of it.

This is consistent with the 1987 Constitution, which states that mass media in the Philippines should be wholly owned by Filipinos.

The SEC argued that a provision in the Omidyar PDR – which states that Rappler Holdings needs to seek the approval of two-thirds of PDR holders on corporate matters – violates the Philippine Constitution.

These corporate matters involve altering, modifying, or otherwise changing “the Company Articles of Incorporation or By-Laws” or taking “any other action where such alteration, modification, change, or action will prejudice the rights in relation to the ON PDRs.”

Rappler, however, has repeatedly said PDRs do not grant ownership to investors.

Rappler said in a statement: “What this means for you, and for us, is that the Commission is ordering us to close shop, to cease telling you stories, to stop speaking truth to power, and to let go of everything that we have built – and created – with you since 2012. All because they focused on one clause in one of our contracts which we submitted to – and was accepted by – the SEC in 2015.”

Malacañang: Not about press freedom

“Fair is fair, she said they violated freedom of the press. I’m going to say this to Maria Ressa: You can’t have your cake and eat it too. You can’t engage in fundraising, giving them control over your business, and still operate as a mass media company. If you want to do that, do it not through a Filipino corporation,” Roque said on ANC’s Headstart.

“It’s all about money. It’s not about press freedom,” said Roque, a lawyer who once defended journalists, as well as families of Maguindanao massacre victims.

Duterte himself also denied having a hand in the SEC ruling.

Roque explained earlier on Headstart: “When Maria Ressa accused government of violating freedom of the press because she came up with her PDR language that gave control to a foreign entity to her company, that’s, to me, foul. You don’t do that.”

“No one told her to establish this kind of corporate arrangement. She chose to do this, and she should have known better because of the constitutional prohibition. So please, her ill-doing should not be attributed to the government,” Roque continued.

“And that’s why I’m a bit uncomfortable because the number one tenet of journalism is dedication to the truth. What evidence does she have that government orchestrated this decision? None, given the credibility of the persons who wrote the decision, and given the legal mandate of the SEC,” Roque said.

In a column for the Philippine Daily Inquirer on Tuesday, journalist John Nery said the SEC decision “is based on a reductionist interpretation of a provision in the agreement” between Rappler and Omidyar Network.

“I believe this reading is wrong; it does not give Omidyar Network partial control of the news organization, something expressly forbidden by the Constitution. But even if the provision were defective, the constitutional guarantees of a free press must also be taken into account. As lawyer Oliver Reyes has already pointed out, the principle of proportionality must be followed,” Nery said.

He added: “The order revoking incorporation is grossly disproportionate. It makes sense only if you pretend that, by squinting really hard, the provision in question negates the other, more fundamental constitutional guarantees.”