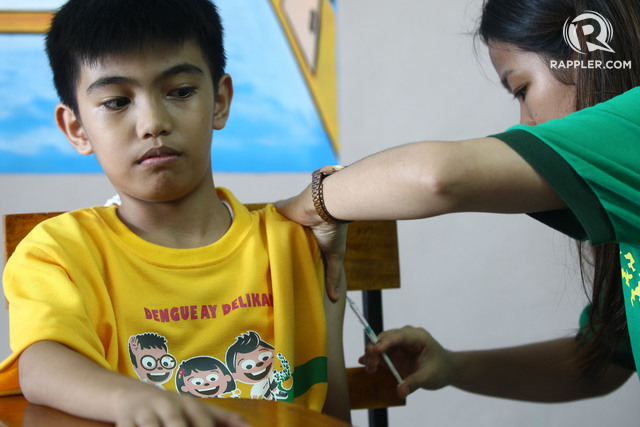 MANILA, Philippines – Though pharmaceutical company Sanofi Pasteur has agreed to a P1.4-billion refund of unused Dengvaxia vials, Malacañang insists on a full refund of the total P3.5 billion spent on the vaccine.

This was announced by Presidential Spokesman Harry Roque on Tuesday, January 16, during a Palace press briefing.

“We welcome that refund but the position of the Department of Health (DOH) is for a full refund,” he said.

Health Secretary Francisco Duque III, in his letter to Sanofi, has asked for only a P1.4 billion refund. The amount represents the cost of the unused vaccine vials in DOH warehouses.

“Nonetheless, we view this latest step of the pharmaceutical company as a step in the right direction,” said the spokesman.

He gave assurances that Sanofi’s refunds does not mean the Philippine government would go easy on the company.

“We highlight that the refund will in no way affect ongoing investigations which will ultimately determine whether or not there is criminal culpability on the part of Sanofi,” said Roque.

Duque had vowed to go after Sanofi, accusing the company of “mental dishonesty” over not immediately disclosing all information regarding Dengvaxia.

In a Senate hearing, Sanofi’s Asia Pacific head Thomas Triomphe had told senators it would be a “disservice to the Filipino people” if Dengvaxia is completely banned in the Philippines.

The Food and Drug Administration already stopped the sale of Dengvaxia for a year after Sanofi failed to comply with post-marketing authorization requirements for the vaccine. – Rappler.com