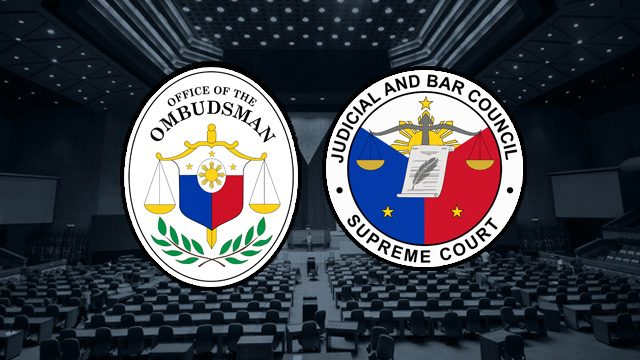 Facebook Twitter Copy URL
Copied
At the same time, a House sub-committee proposes that the Commission on Human Rights be turned into a fiscally-autonomous constitutional commission

MANILA, Philippines – Barely two months after it passed a law that would give employees of the Office of the Ombudsman better retirement benefits, members of the House are now discussing the possibility of abolishing the office it as part of amendments to the 1987 Constitution.

The suggestion was made on Tuesday, January 16, as the House committee on constitutional amendments began deliberations on proposals of 4 sub-committee on revisions to the Constitution. In late 2017, these sub-committees consulted with various stakeholders, including the PDP-Laban Institute, the ruling party’s think tank.

Citing its “duplicity,” lawmakers argued that the role of the Ombudsman – tasked  to probe allegations of wrongdoing against public officials – can be absorbed by the Department of Justice.

The sub-committee itself did not propose the abolition of the Ombudsman and said that it shall “continue to function as an anti-graft court.” The Sandiganbayan, however, is the country’s anti-graft court.

The Ombudsman’s existence is provided for in the 1987 Constitution.

Although the Ombudsman and its Deputies are appointed by the President, they are nominated by the Judicial and Bar Council (JBC).

It is an office independent of the executive, judiciary, or legislative branches of government. (READ: At Sereno impeachment hearing, Fariñas brings up flaws in JBC)

House opposition bloc members scoffed at the idea of abolishing the Ombudsman and giving its role to the DOJ. Magdalo Representative Gary Alejano said the Ombudsman’s independence ensures a “check and balance” against all government officials.

“How will DOJ investigate when it’s the government that it investigates? Like the DOJ right now. Do you think Secretary Vitaliano Aguirre III will investigate President Rodrigo Duterte?” asked Alejano.

The DOJ is part of the executive department. The justice chief, as a member of the Cabinet, is an alter-ego of the President.

The shift to a federal form of government was among Duterte’s key promises during the 2016 campaign.

The same sub-committee also recommended the abolition of the JBC by deleting the constitutional provision that creates it. Instead, the power to nominate members and top officials of the judiciary will be given to the Prime Minister, who is turn is elected by members of parliament.

Under the current Constitution, it’s the JBC that screens applicants to major posts in the judiciary – from the Chief Justice down to the trial court justices. The JBC comes up with a list, which the President chooses from.

The proposal of legislators to abolish the JBC doesn’t come as a surprise. During a committee on justice hearing on the impeachment complaint against Chief Justice Maria Lourdes Sereno, House Majority Leader Rodolfo Fariñas brought up flaws in the JBC, particularly the culture of patronage that it supposedly creates.

The sub-committee’s proposal places the power to nominate and appoint judiciary officials to the Prime Minister, subject to the consent of the Commission on Appointments.

The Prime Minister and the members of the Commission of Appointments are from parliament.

In the proposed new form of government, there will no longer be a Vice President. While the Prime Minister is the head of government, it’s the President – elected directly by registered voters – who is head of state.

Under the proposed transitory provisions, the current Vice President, Leni Robredo, will continue to hold office until 2022.

This would be a huge change, given the criticism hurled at the CHR from no less than members of the House. During budget deliberations before plenary, the House voted to reduce the CHR’s 2018 budget to a mere P1,000.

Following a meeting between CHR chairman Chito Gascon and the House leadership, however, the House eventually restored the commission’s budget. – Rappler.com