Jan 16, 2018 7:15 PM PHT
Paterno Esmaquel II
Facebook Twitter Copy URL
Copied
But Rappler asserts that the SEC ruling against it 'is an attack on our lifeblood,' putting at stake a business model for free and fearless journalism 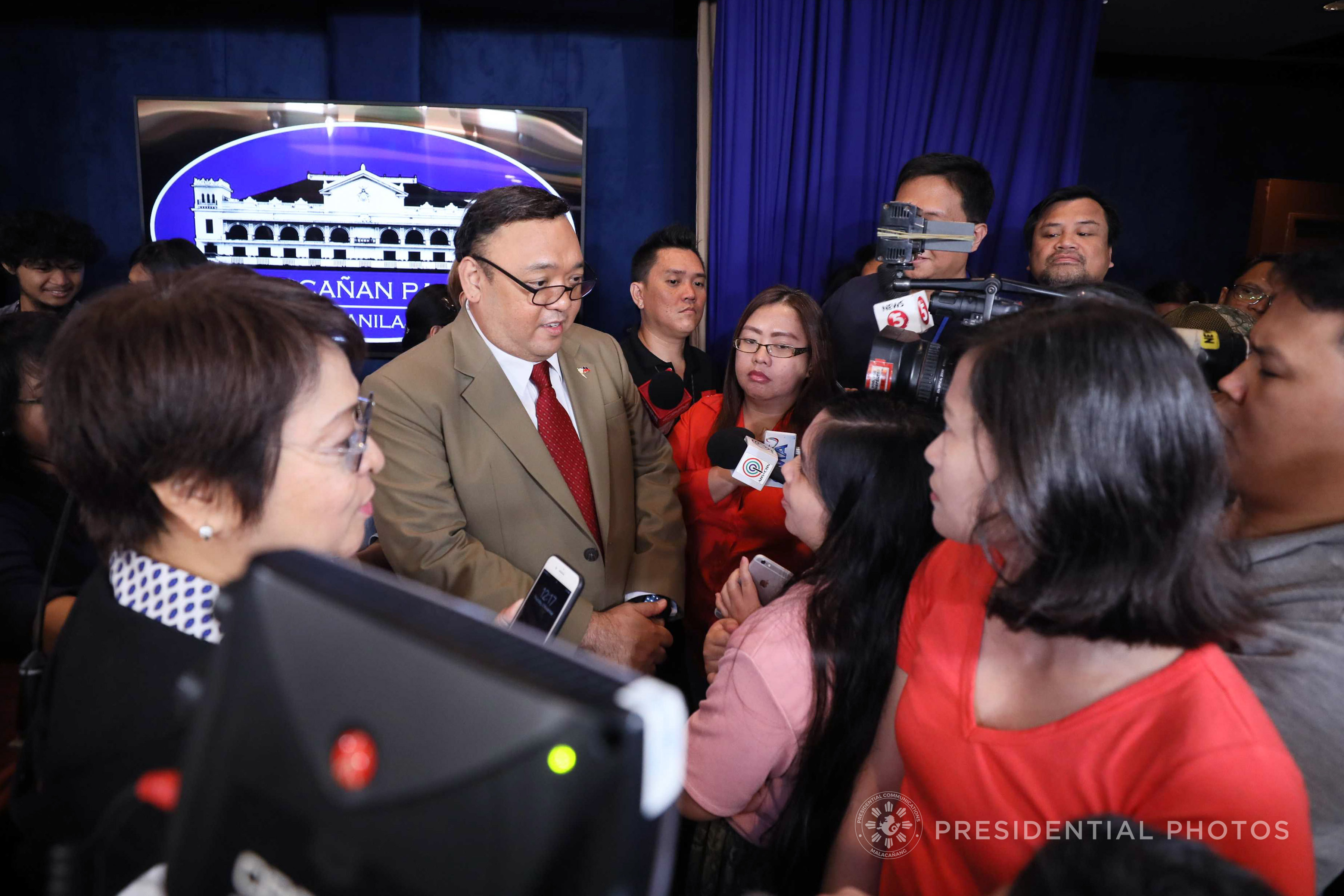 MANILA, Philippines – Presidential Spokesperson Harry Roque said Rappler can still cover Malacañang as a member of the press even after the Securities and Exchange Commission (SEC) revoked the license of the social news network.

In an interview on ANC’s Headstart, Roque said Rappler journalists “can continue with their profession” even if the SEC dissolves Rappler and Rappler Holdings.

Referring to Rappler’s Malacañang reporter, Roque said: “Can Pia Ranada cover me in Malacañang? Of course she can. Can they publish from their home laptop? Of course they can. No one can limit the internet.”

Rappler, however, asserted that the SEC ruling is an attack on press freedom.

Rappler said in response to Roque: “This is an attack on our lifeblood. Rappler’s story is a quest to find a business model that ensures that free and fearless journalism will survive and will remain sustainable. This is what is at stake right now.” (READ: The Rappler Story: Independent journalism with impact)

In its current business model, journalists comprise the largest shareholders of Rappler Holdings.

Rappler’s shareholders also signed an agreement giving full editorial and management control to the journalists, whose collective aim is to create a truly independent news group and crowdsourcing platform free of vested interests.

Even the law firm that Roque co-founded – the Center for International Law or CenterLaw – said the SEC ruling “is tantamount to prior restraint, and therefore comes with the heavy presumption of unconstitutionality.”

CenterLaw, which focuses on human rights cases, is also at the forefront of filing cases challenging Duterte’s bloody drug war, which Roque is now bound to defend.

CenterLaw said statements such as those made by President Rodrigo Duterte against Rappler “already constitute prior restraint because of their chilling effect on everyone.”

In an unprecedented ruling, the SEC earlier said Rappler violated constitutional restrictions on ownership and control of mass media entities because of funds coming from Omidyar Network (ON), a fund created by eBay founder and entrepreneur Pierre Omidyar.

Facing these accusations, Roque said Duterte “really took offense” that the SEC ruling was viewed as a press freedom issue.

“People don’t know it – Rappler may be very critical, but Rappler has a very good relationship with the President in the form of its reporter in Malacañang,” Roque said, referring to Ranada.

“So the point is, you have to separate the corporate personality that was declared to be null and void, from the exercise of the profession of journalism itself,” Duterte’s spokesman said.

Roque also blasted Ressa for saying this is a press freedom issue.

“Fair is fair, she said they violated freedom of the press. I’m going to say this to Maria Ressa: You can’t have your cake and eat it too. You can’t engage in fundraising, giving them control over your business, and still operate as a mass media company. If you want to do that, do it not through a Filipino corporation,” Roque said on ANC’s Headstart.

“It’s all about money. It’s not about press freedom,” said the lawyer known as a press freedom advocate before becoming Duterte’s mouthpiece. – Rappler.com