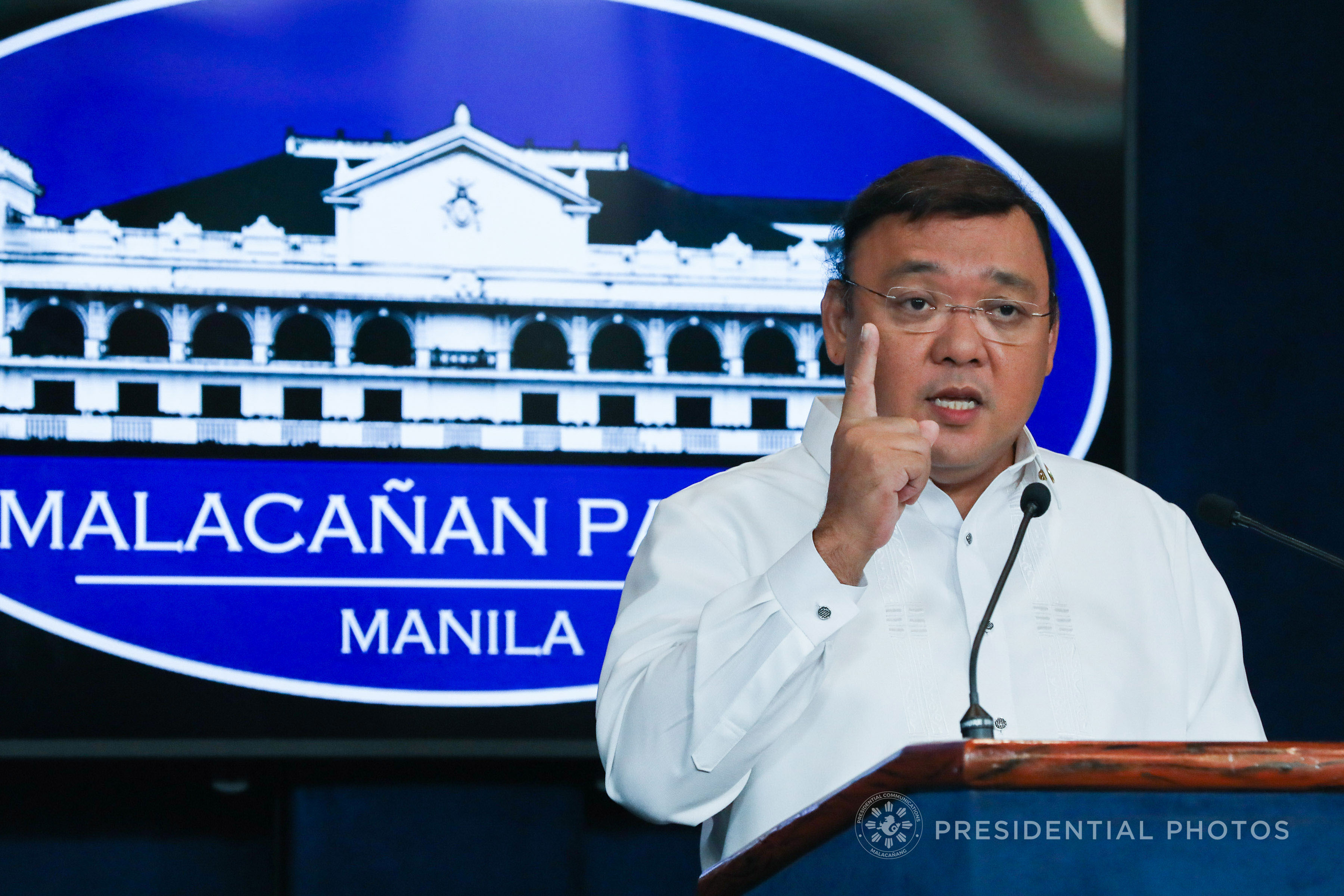 MANILA, Philippines – If Rappler loses its license to operate, it can opt to apply for blogger accreditation under the office of Assistant Secretary Mocha Uson for its continued Palace coverage,  Presidential Spokesman Harry Roque said on Wednesday, January 17.

“They may need to get accreditation as bloggers because they cannot continue conducting their business as Rappler since that company has, for all intents and purposes, been declared void by the SEC,” Roque said in a press conference in San Fernando, La Union, on Wednesday.

Roque reiterated the Malacañang position that the SEC’s order to revoke Rappler’s license to operate is not an attack on press freedom, as it would not stop Rappler’s journalists from “blogging.”

The Palace official’s tone was different from the day before, when he said Rappler reporters “can continue with their profession” of journalism, even given the SEC ruling.

“So the point is, you have to separate the corporate personality that was declared to be null and void, from the exercise of the profession of journalism itself,” he said in an ANC interview on Tuesday, January 16.

Roque himself had also said then that the SEC ruling is not yet final and executory.

SEC registration is among the requirements for membership into the Malacañang Press Corps (MPC). If Rappler’s papers are revoked, it would disqualify the news outlet’s reporters from the organization of Malacañang beat reporters.

The interim social media accreditation policy of Uson’s office states that it covers “social media practitioners who generate news and information regarding the activities” of the Philippine president.

Under the policy, bloggers will only be given accreditation on a per-event basis, unlike MPC members who are given blanket accreditation.

However, it has been the Palace practice to allow non-Palace accredited journalists and bloggers to cover presidential events. In the case of the former, they have to secure a pass from the PCOO’s Media and Accreditation and Relations Office to have access to events for media coverage.

Ideally, if this practice is observed, should the SEC decision become final and executory, Rappler would not need official accreditation to cover Malacañang events open to media.

Uson, whose office provides blogger accreditation, has labeled Rappler reporters as “presstitutes” and has repeatedly sought to discredit and belittle the news company through her blog.

Back in November 2017, she wrote to Presidential Communications Secretary Martin Andanar, formally requesting that Rappler be reclassified as “social media” to be given accreditation by her office.

“Rappler, an online publication that has no counterpart print or broadcast arm is technically considered social media. This should fall under the rules on accreditation by my office,” she said in her letter to Andanar.

Andanar, in an interview on Wednesday, said he would wait for a final decision on the Rappler case before acting on Uson’s request.

“I will not even decide on that recommendation by Asec Mocha for now. Let’s wait for the decision of Rappler, what they do to be able to abide by the law,” Andanar added. – Rappler.com