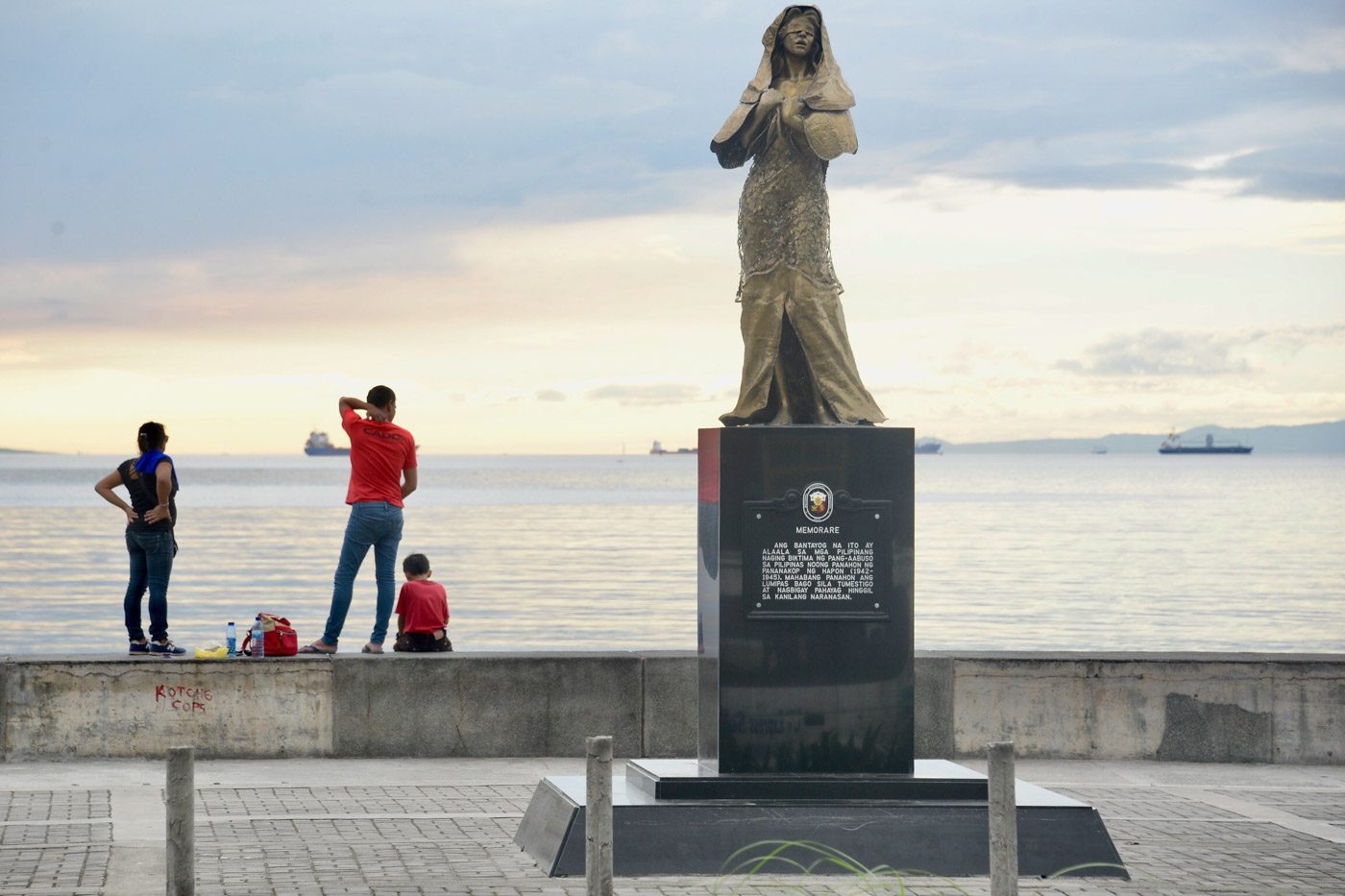 Facebook Twitter Copy URL
Copied
'That is a constitutional right which I cannot stop. It's prohibitive for me to do that,' President Rodrigo Duterte tells MindaNews

MANILA, Philippines – President Rodrigo Duterte vowed not to stop the display of a controversial statue of a World War II comfort woman or sex slave, now displayed along Manila Bay, because it is part of free expression.

“That is a constitutional right which I cannot stop. It’s prohibitive for me to do that,” Duterte said in an interview with MindaNews conducted on Friday, January 12, and published Wednesday, January 17.

Duterte said this was the message he relayed to Japanese Internal Affairs and Communication Minister Seiko Noda, who paid a courtesy call on the Philippine leader on January 9.

Duterte told Noda that he “cannot stop the relatives or even the comfort women still living from their freedom to express what they are expressing through the statue.”

In his interview with MindaNews, Duterte pointed out that the issue “has not been raised to national policy,” and that the Philippine government was “blind and deaf” about the statue’s installation.

Standing by the iconic Manila Bay, the statue of a comfort woman along Manila Bay generated controversy after Japanese officials complained about it in late 2017.

The statue was allegedly erected without permits.

Philippine Foreign Secretary Alan Peter Cayetano warned that the Philippines’ “long-term” relationship with Japan is at stake after the comfort woman statue was installed along Manila Bay.

“You can’t strengthen your relationship long term if you keep bringing up things that you think are settled,” Cayetano said last Friday.

Cayetano said an inter-agency panel is looking into the “process” that led to the statue’s installation. – Rappler.com