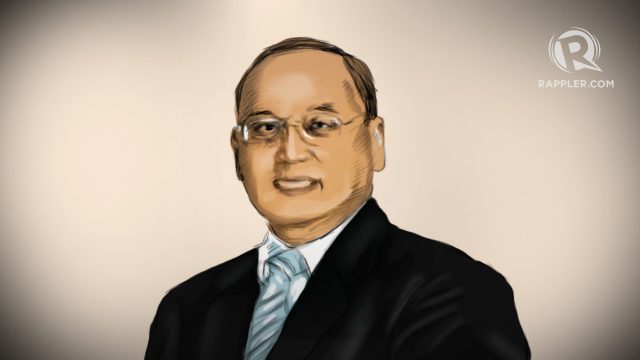 Facebook Twitter Copy URL
Copied
'There seems to be no end in sight anymore for his ordeal,' former budget official Relampagos tells his lawyers as he flees trial for 300 counts of pork scam-related cases

“He is very certain that he will be facing a slew of other charges simply because he signed in official capacity. Even in cases where he did not sign the document, he is still being included. According to him, there seems to be no end in sight anymore for his ordeal,” Relampagos’ lawyers said in a manifestation submitted to the court.

Because of this, the court has ordered the cancellation of Relampagos’ passport and also ordered his arrest.

“The prosecution is directed to initiate steps for the extradition of the accused from the United States,” the Sandiganbayan’s 7th Division said in a minute resolution released to media on Thursday, January 18.

The 7th Division is handling the pork barrel scam-related graft case of Muntinlupa Representative Rufino Biazon, where Relampagos is a co-accused.

Travel to the US

Relampagos is charged of graft and malversation in more than a dozen pork scam cases, totaling 300 counts. Because his charges are bailable, he only needs the permission of the court to be able to travel.

He was allowed to travel to the United States on December 2 last year, with a scheduled return on January 1.

“Relying on Relampagos’ good faith in alleging his grounds to travel to the United States, this Court granted his Motion to Travel. Needless to say, accused Relampagos, in failing to return to the country by January 1, acted contrary to his representations to, and in blatant contempt of, this Court,” the 7th Division said.

“At this point, Relampagos is already considered a fugitive from justice,” the court added.

The 7th Division has also forfeited Relampagos’ P70,000 travel bond in favor of the government.

“Atty Godofredo De Guzman, Atty Arnold Caga and Atty Christopher John Lao are directed to show cause why they should not be cited in contempt of court, and why no administrative charges should be initiated against them for their failure to comply with their affidavit of undertaking,” the court said.

On January 2, Relampagos called his lawyer De Guzman to say that he “could not psychologically and emotionally bear to fulfill his undertaking before the court.”

“Mr Relampagos explained that, to date, he has been indicted for an unconscionable 300 counts of baseless charges currently pending before the Sandiganbayan, and has faced, in addition to these 300 counts, more than 50 cases that underwent or still undergoing preliminary investigation before the Office of the Ombudsman,” the lawyers said.

They added: “On top of these, he is very certain that he will be facing a slew of other charges simply because he signed in official capacity. Even in cases where he did not sign the document, he is still being included. According to him, there seems to be no end in sight anymore for his ordeal.”

Relampagos also relayed to his lawyers that he no longer has the resources to put up bail. “He and his family have already exhausted their financial resources and assistance.”

The lawyers said they are convincing Relampagos to return.

Relampagos is a co-accused in pork scam cases of former senators Bong Revilla, Jinggoy Estrada and Juan Ponce Enrile. In those 3 cases, Relampagos was found to have signed 42 documents ordering the release of over P1 billion to fake nongovernmental organizations or NGOs.

Aside from the pork barrel scam, Relampagos also figures in the Malampaya fund scam.

In fact, he and the other officials at the Department of Budget and Management (DBM) are subjects of a recommendation by the Commission on Audit  to be investigated for the misuse of P38 billion worth Malampaya funds. – Rappler.com