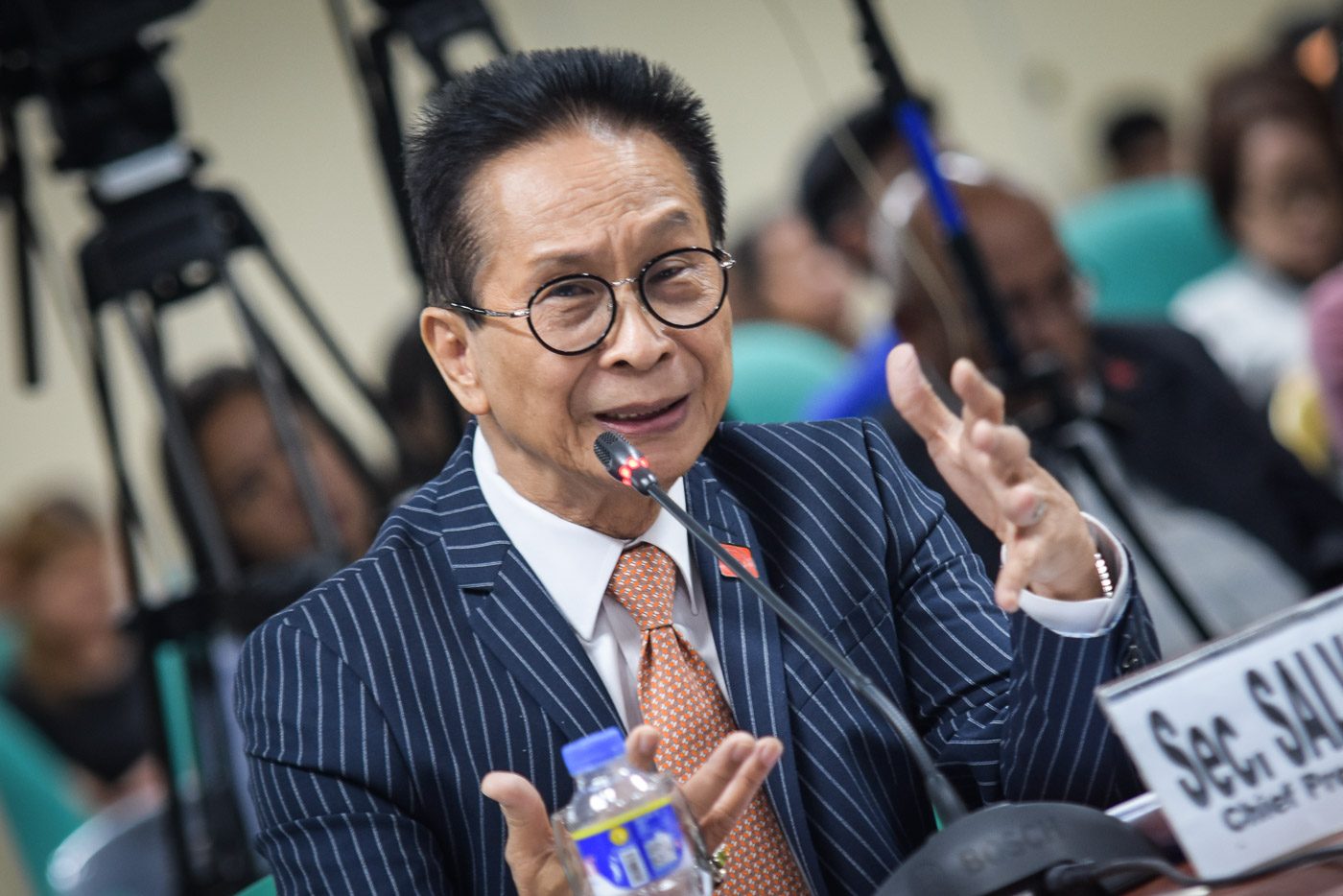 Facebook Twitter Copy URL
Copied
It's crucial for Filipino voters to be educated on Charter change since they have the final say on proposals to amend the 1987 Constitution, says Chief Presidential Counsel Salvador Panelo

MANILA, Philippines – Citing a survey that said three-fourths of Filipinos are not familiar with the 1987 Constitution, Chief Presidential Counsel Salvador Panelo said voters must be given “formal education.”

(If the Filipino cannot comprehend well, not educated, because a majority of our voters are illiterate, it turns out, we need to give them formal education before we can do that. Because you end up voting without understanding.)

Panelo had raised the same point during a Senate hearing on Charter Change (Cha-Cha) on January 17. (READ: What you need to know about Charter Change)

When the radio interview was about to end and he was not asked about Cha-Cha and the proposed shift to federalism, Panelo volunteered to discuss it. He said Filipinos’ literacy – or apparent lack thereof – was an issue not tackled enough during the hours-long Senate hearing.

He had said it did not matter which mode legislators choose to amend the Constitution since, at the end of the day, it’s the people, through a plebiscite, who have the final say.

During the Senate hearing, Panelo went on to explain that it’s this lack of education that makes Filipino voters vulnerable to vote-buying and other schemes by politicians.

The amendment or revision of the Constitution involves a long process. Proposals can be made through a Constitutional Convention (Con-Con), a Constituent Assembly (Con-Ass), or through a people’s initiative.

A Con-Con is composed of representatives who are either elected or appointed, while a Con-Ass is composed of sitting members of Congress. President Rodrigo Duterte had earlier signed an Executive Order to create a Constitutional Commission that would recommend amendments to the Charter.

Proposed amendments or revisions would then need approval through a plebiscite.

Federalism was always been among Duterte’s key advocacies, even during his time as Davao City mayor. Duterte was elected President in May 2016, by over 16 million Filipino voters. – Rappler.com