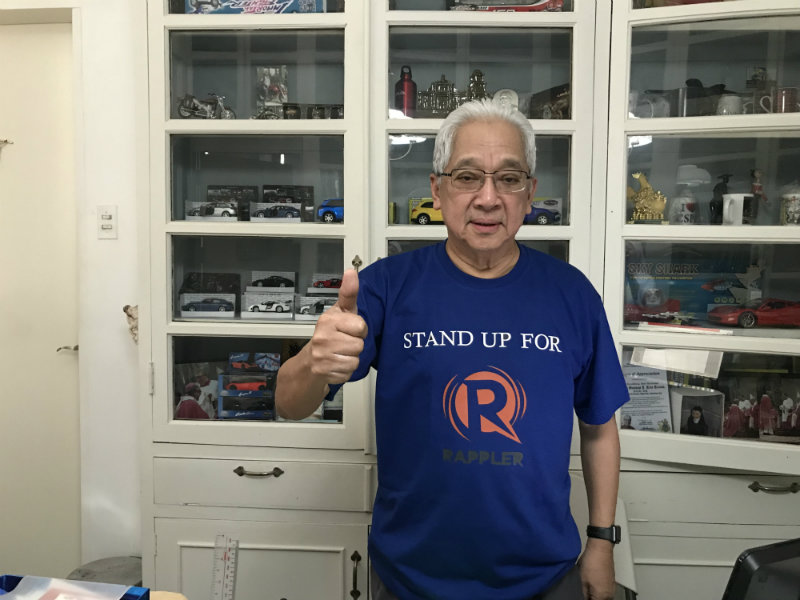 Archbishop Rolando J. Tria Tirona, OCD wore the shirt prior to the plenary of the Catholic Bishops’ Conference of the Philippines to be held in Cebu next week.

Citing alleged violations in the 1987 Constitution and the Anti-Dummy Law, the Securities and Exchange Commission (SEC) on Monday, January 15, ordered the revocation of Rappler’s registration, which is being appealed by the news group. Many groups consider the move as the worst assault on press freedom since Ferdinand Marcos declared Martial Law more than 40 years ago.

The SEC ruling, which is not yet executory, is also considered by many as the fruition of the various threats made by President Rodrigo Duterte against media organizations, including Rappler. 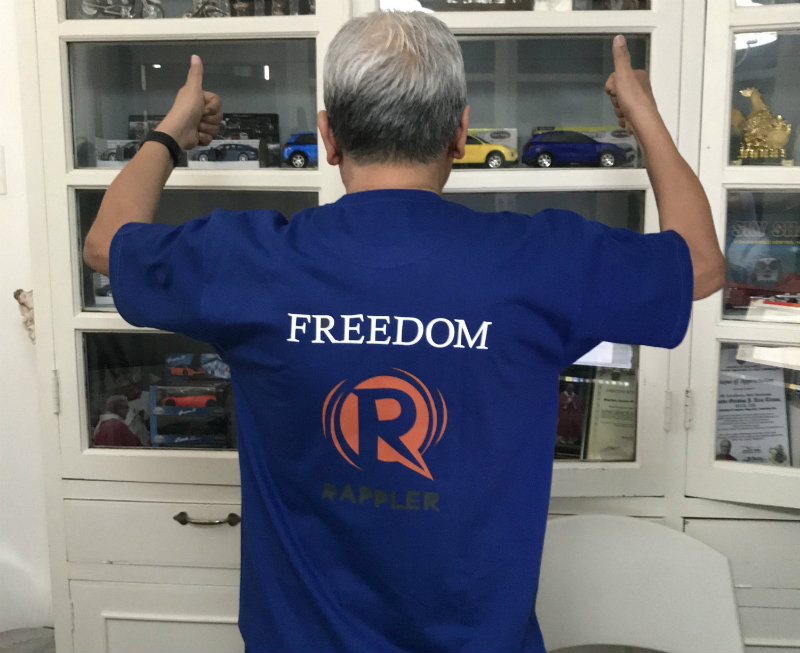 Duterte had threatened to block the renewal of ABS-CBN’s franchise. He had also attacked the Philippine Daily Inquirer and its owners, the Prietos, who sold their shares in the news group to businessman Ramon Ang, a friend of the President.

Campus journalists, media groups, international groups, activists and celebrities have slammed the SEC ruling and declared their support for the online news organization. According to them, the SEC ruling is not just an example of media harassment but also an attack against democracy.

Four days after the SEC decision, press freedom advocates will to gather at the Boy Scout Circle in the intersection of Timog and Tomas Morato in Quezon City at 6 pm on January 19 for the  “Black Friday Protest for Freedom” spearheaded by the National Union of Journalists of the Philippines. – Rappler.com