No. 2 in Bar exams shares victory with sister 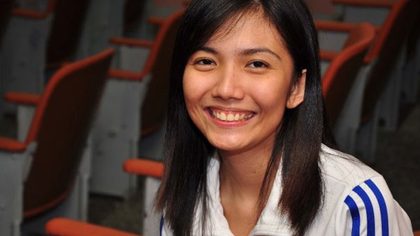 MANILA, Philiipines – Ateneo Law school graduate Luz Danielle Bolong has a lot of reasons to be happy today. Not only did she and her older sister pass the 2011 Bar examinations, she also emerged second on the top 10 list.

In an interview with Rappler, Bolong said that she and her sister were at the Baclaran Church at the time the results were released.  “Of course it was something that I didn’t expect. My priority is passing talaga. This is an icing na lang,” Bolong said of her No. 2 rank.

She said they got the news from friends who texted and called them. At the time Rappler called her on her phone, she was sorry it was about to run out of battery.

Bolong got 84.55% in the Bar exams. She was a graduate of the Ateneo School of Law, which produced 2 other top 10 passers, including topnotcher Raoul Angelo Atadero.

Her sister, Marie Diane, used to study Law in La Union before transferring to and graduating at Arellano UniversityIn 2011, Bolong emerged fifth best oralist in the preliminary rounds of the Stetson International Environmental Moot Court Competition held at the University of Maryland School of Law.

Though she already works as a legal assistant at the Puno and Puno Law Offices, she’s not prepared to talk about her future plans. “It’s just sinking in now,” she said.  ”This is for my lolo and dad. This is a gift for everyone,” Bolong happily said. – Rappler.com