Alvarez slams Constitution framers: Why blame us for your mistake? 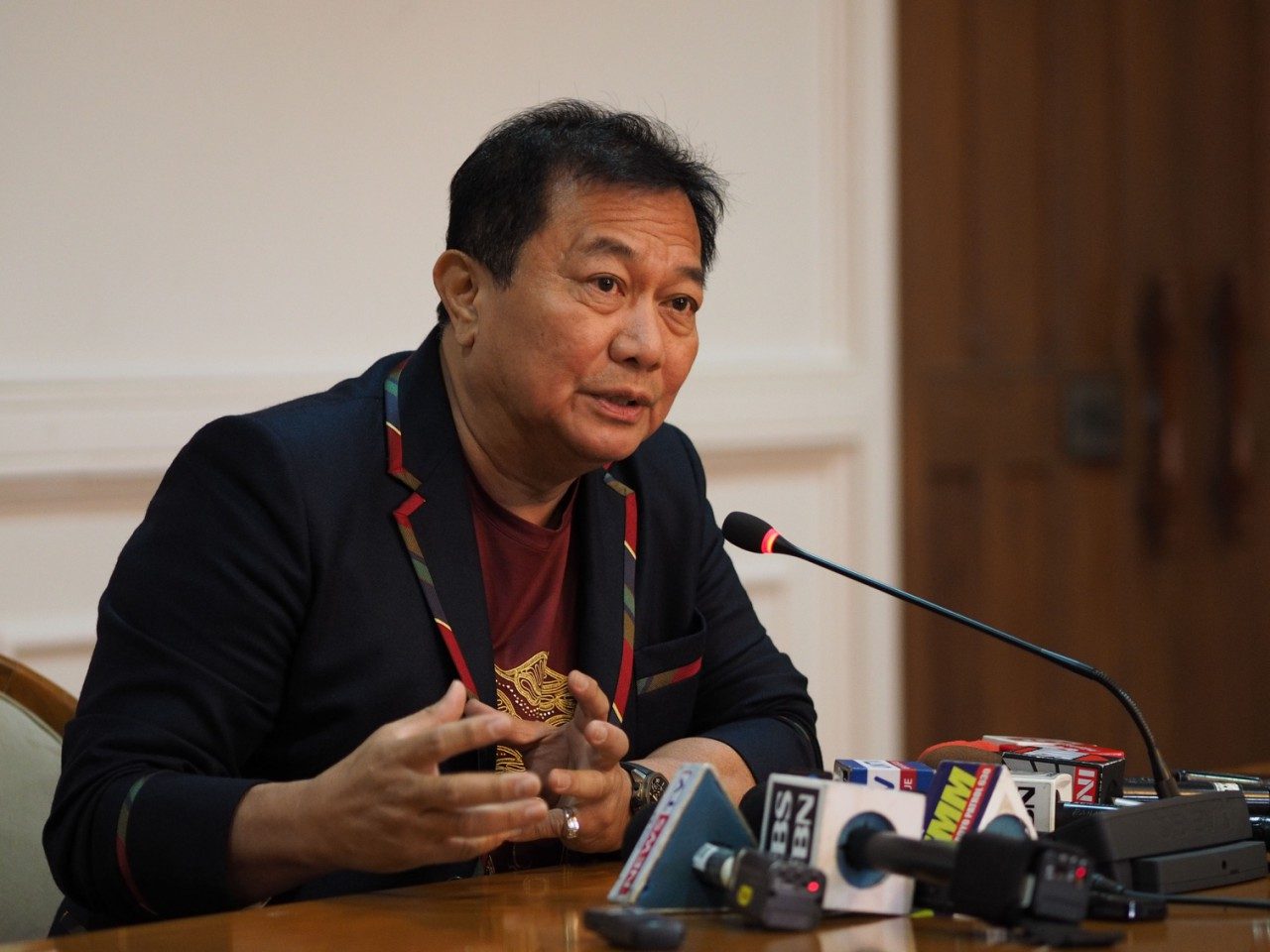 MANILA, Philippines – House Speaker Pantaleon Alvarez on Monday, January 22, blamed framers of the 1987 Constitution or members of the Constitutional Commission of 1986, for the vagueness in the way Article XVII of the Charter, which spells out how amendments or revisions are to be made, was worded.

Alvarez’s statement comes amid a growing argument between the House and the Senate over how the Article should be interpreted. (READ: Despite unanimous Senate ‘no,’ Alvarez insists on joint voting for Cha-Cha)

Legislators, in particular, are in disagreement over how to interpret Sections 1 and 2 of the Article:

SECTION 1. Any amendment to, or revision of, this Constitution may be proposed by:

(1) The Congress, upon a vote of three-fourths of all its Members; or

SECTION 2. Amendments to this Constitution may likewise be directly proposed by the people through initiative upon a petition of at least twelve per centum of the total number of registered voters, of which every legislative district must be represented by at least three per centum of the registered voters therein. No amendment under this section shall be authorized within five years following the ratification of this Constitution nor oftener than once every five years thereafter.

The Congress shall provide for the implementation of the exercise of this right.

Alvarez, in quoting Section 1, said that the two chambers of Congress should vote jointly. Senators insist the voting should be separate, in recognition of the bicameral set-up of the legislature.

They have decided “unanimously” to reject proposals for joint voting, arguing this would diminish their power.

Framers of the Constitution had earlier explained that the phrasing of Article XVII was made under the assumption that the country would continue to have a unicameral legislature.

When it was decided that a bicameral set-up would be set in place, Article XVII was apparently left unchanged.

(That’s their fault. Why don’t you ask Hilario Davide or Christian Monsod? Why didn’t they complete it? Re-write? That’s their job and now they’re blaming us. They should be blamed for this.)

The 1987 Constitution was drafted by a 48-member Constitutional Commission, composed of national, regional, and sectoral representatives.

After initially insisting on joint voting, Alvarez said on January 22 that there would be no need to convene Congress as a Constituent Assembly, one of 3 modes to amend or revise the Constitution, pointing out that the term “Constituent Assembly” isn’t even in the Charter. (READ: ‘Con-Ass without Senate won’t pass legal, constitutional, logical test’)

Alvarez also wants the Philippines to return to a unicameral set-up.

The Speaker proposed that the House be abolished instead, and for these to be a Senate with district representatives.

Alvarez has long complained about the allegedly slowness of pace in which the Senate does its job. He has repeatedly referred to the Senate as the “mabagal na kapulungan” or the “slow chamber.”

The Senate is composed of 24 members who are directly elected by the voting populace at-large. The 292-member House is composed of district and sectoral representatives.

The House itself has yet to finalize it proposal for the eventual set-up of the Philippines’ legislative branch, as legislators push through with Charter Change discussions.

The administration and its allies in Congress as pushing for a shift to a federal form of government. – Rappler.com