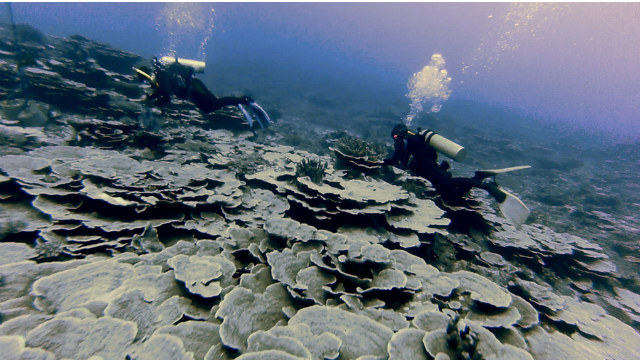 This was how Malacañang defended the approval granted by the Philippine government to China to conduct marine scientific research in the resource-rich continental shelf east of Luzon. (FAST FACTS: What you should know about Benham Rise)

Presidential Spokesman Harry Roque, on Tuesday, January 23, was asked why it was necessary to approve China’s request and why Filipinos could not just conduct research on their own. (READ: PH researchers explore Benham Rise)

“No one can do it because, apparently, it’s capital intensive,” said Roque during a Malacañang press briefing.

As to why it was China given permission and not other countries also capable of providing the needed funding, Roque said only China “qualified” for the initiative. (READ: DFA on Benham Rise: ‘Same rules for all countries’)

“Because only China has qualified so far. There are other applications, unfortunately, they did not qualify according to fixed guidelines already set by the government,” said Roque.

Foreign Secretary Alan Peter Cayetano previously said Philippine law requires that any scientific study of Benham Rise must ensure that Filipinos are on board the ships used for the study and that the findings must be shared with the Philippine government.

Magdalo Representative Gary Alejano, who first made public the government’s approval of China’s research in Benham Rise, alleged that the Department of Foreign Affairs rejected a similar application by a French organization.

Alejano also said it was the Chinese Academy of Sciences that was given the approval. The institute is partly funded by the People’s Republic of China.

Malacañang has emphasized that while the United Nations Convention on the Laws of the Sea gives the Philippines sovereign rights over Benham Rise, the Philippines cannot claim it as part of its national territory.

However, sovereign rights means the Philippines alone has the right to explore and exploit the oil, gas and other mineral resources in Benham Rise as part of its extended continental shelf.

Benham Rise, which Duterte has renamed Philippine Rise, is a 13-million-hectare underwater plateau thought to be rich in minerals and gas. – Rappler.com