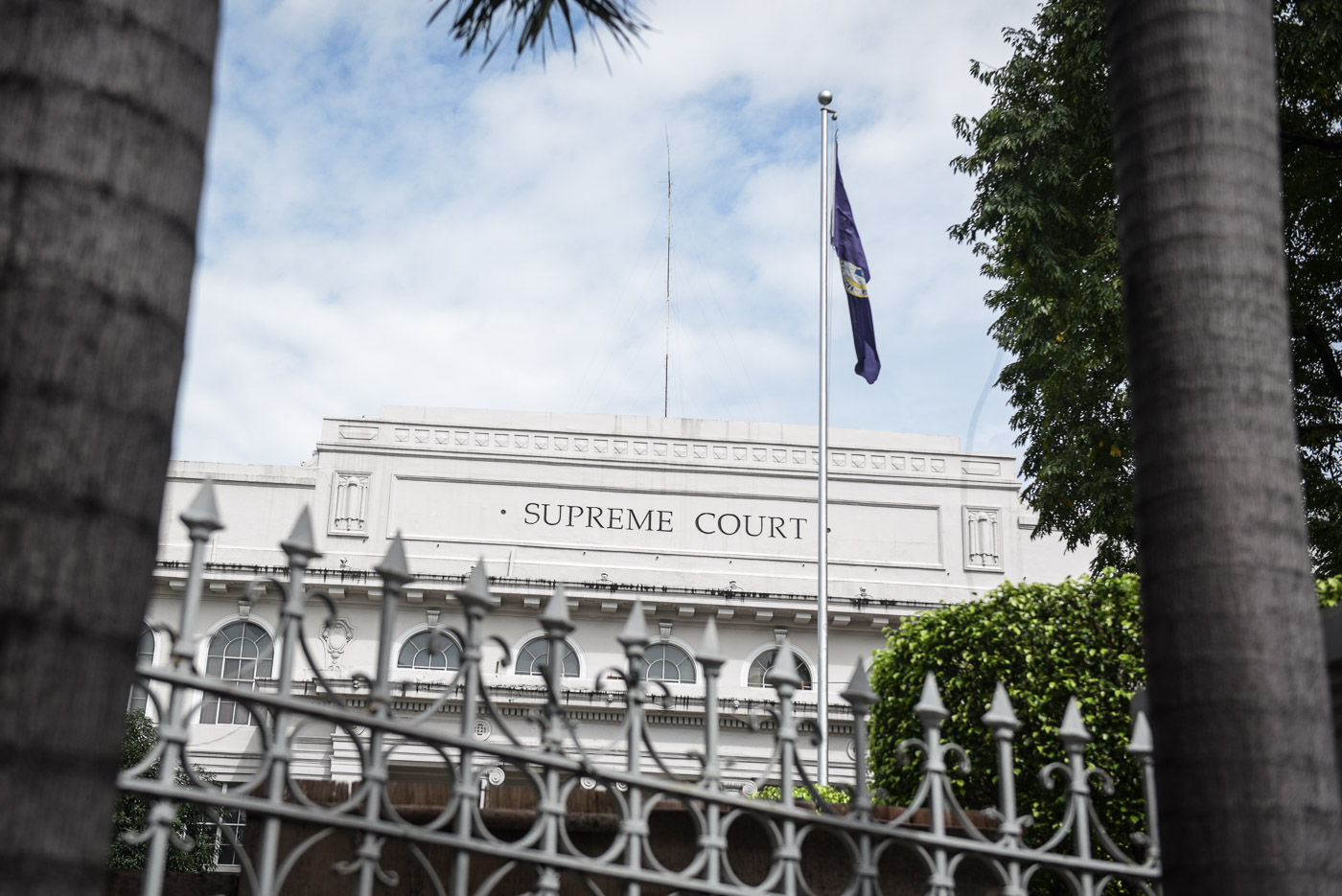 MANILA, Philippines (UPDATED) – The Supreme Court (SC) en banc on Tuesday, January 23, asked the government to answer the petitions seeking to stop the implementation of the controversial Tax Reform for Acceleration and Inclusion (TRAIN) law.

“The court directed respondents to comment on the petitions and the applications for Temporary Restraining Order within a period of 10 days from notice,” SC Spokesman Theodore Te said in a news conference on Tuesday.

The House Makabayan bloc filed the petition on January 11, on the ground that there was a lack of quorum at the plenary when the joint bicameral report was ratified. There was also no voting on the floor, as footage would show. (READ: EXPLAINER: How the tax reform law affects Filipino consumers)

Solicitor General Jose Calida mocked the petition, taunting the lawmakers on Twitter: “Thank you for making my job easier.”

Citing House rules and Article VI of the Constitution on the need for quorum, the leftist lawmakers said the tax reform law was not validly ratified. Therefore, they said President Rodrigo Duterte signed an invalid measure.

The tax reform law was slammed by the Makabayan bloc for being anti-poor, as they believe the new taxes will negate the gains of a lower income tax since these would lead to higher prices of goods and transportation fares. (READ: Will tax reform really hurt the poor?)

The SC also ordered the consolidation of the Makabayan petition with another similar petition filed by Laban Konsyumer Incorporated.

Like the Makabayan bloc, Laban Konsumer wants a TRO against the implementation of the law.

Laban Konsyumer is mainly assailing the added excise tax on petroleum products and coal, which they said, are “clearly violative of the basic principles and inherent limitations on Philippine taxation.”

“If the TRAIN Law is truly the biggest gift of the government to the Filipinos, then by all means, the provisions thereof should muster the test as to its reasonability and propriety particularly in relation to the segment of our society whose voice we have long forgotten – the majority of the Filipinos who have less in life, and incidentally, those who may not fully understand the full extent of the TRAIN Law,” the petition read.