How cyber libel complaint versus Rappler can endanger the press 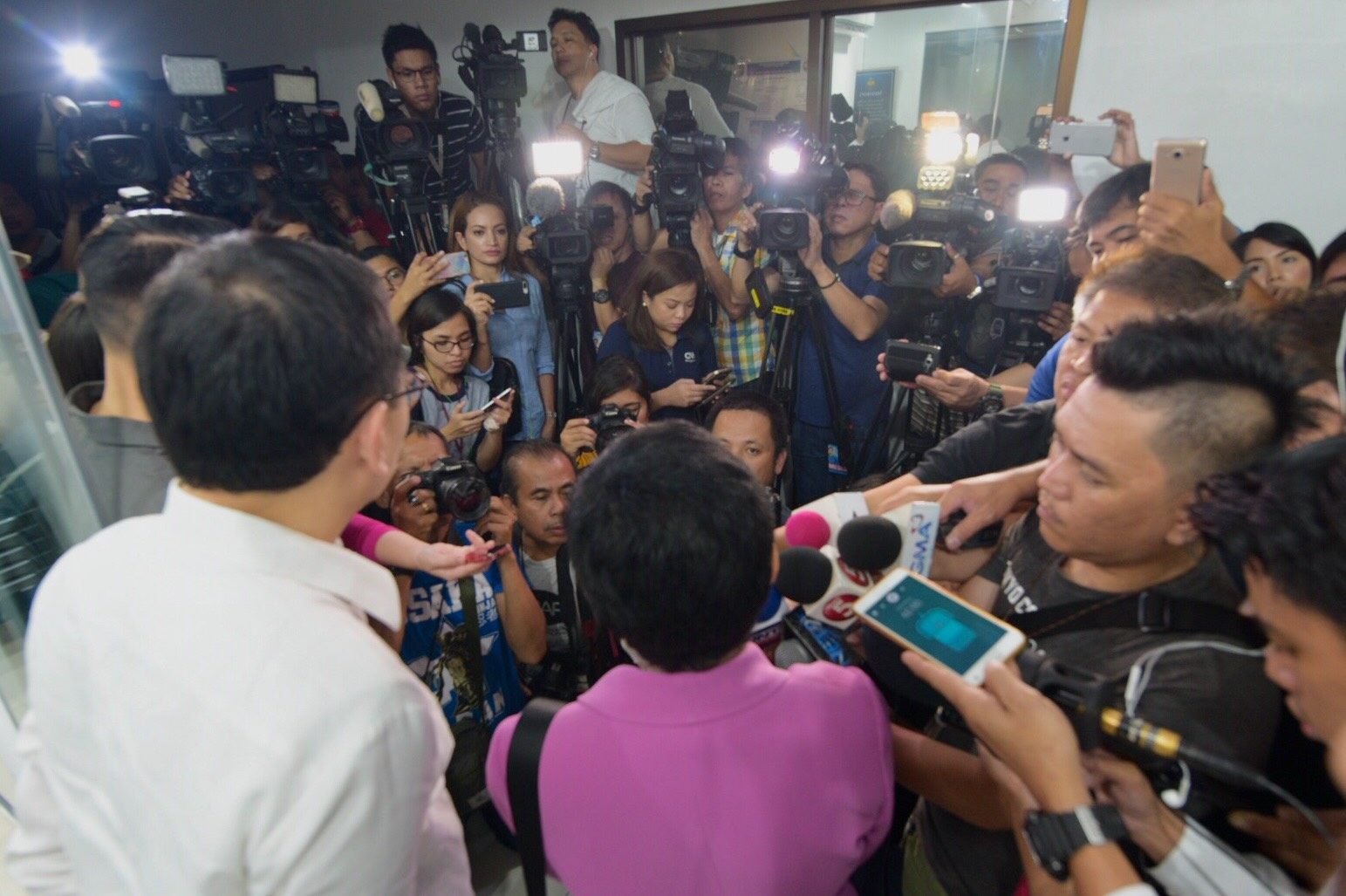 “This is important for everyone of the journalists who publish, because this means that if you’ve had a libel case from a decade ago, they can say that if your story is online, you are again gonna be charged for it. If you won the case, it can be reopened,” Ressa said Tuesday, January 23.

Ressa appeared at the National Bureau of Investigation (NBI) on Monday, January 22, for a hearing on the cyber libel complaint filed by Keng.

Ressa received the NBI subpoena 3 days after the Securities and Exchange Commission (SEC) revoked Rappler’s license, a move slammed by international groups as a blow on press freedom. (READ: EXPLAINER: How SEC’s Rappler decision is a test case for press freedom)

A journalist for more than 3 decades, the Rappler CEO rejected claims that it was all a coincidence.

“While the NBI claims that this is coincidence, there’s just too much coincidence as far as I’m concerned. That coincidence is a pattern, and the pattern is alarming,” Ressa said.

Ressa made these remarks in an interview with reporters Tuesday, January 23, on the sidelines of a forum about fake news, hosted by Far Eastern University.

In Tuesday’s interview, Ressa was explaining the impact of the crime Rappler is accused of – “the crime of continuous publication.”

The NBI cited the theory of continuous publication in justifying Keng’s complaint against Rappler. (READ: What’s inside Keng’s cyber libel complaint vs Rappler?)

The cyber libel complaint against Rappler was about a story published in May 2012. But how can Rappler be guilty of cyber libel when the cybercrime law was enacted only 4 months later?

This, for the NBI, is a case of “continuous publication.”

Experts, however, disagreed with the NBI.

Rappler lawyer Jose Jesus “JJ” Disini also said on Monday, January 22, that the cyber libel complaint against Rappler is dangerous for the media.

“No one is safe. Anyone that has a libelous article that continues to be accessible may be charged with libel, and moving forward, this affects everyone, not just media, even bloggers,” Disini said.

Ressa pointed out, “As far as I’m concerned, the only crime I’ve done is to be a journalist.” – Rappler.com