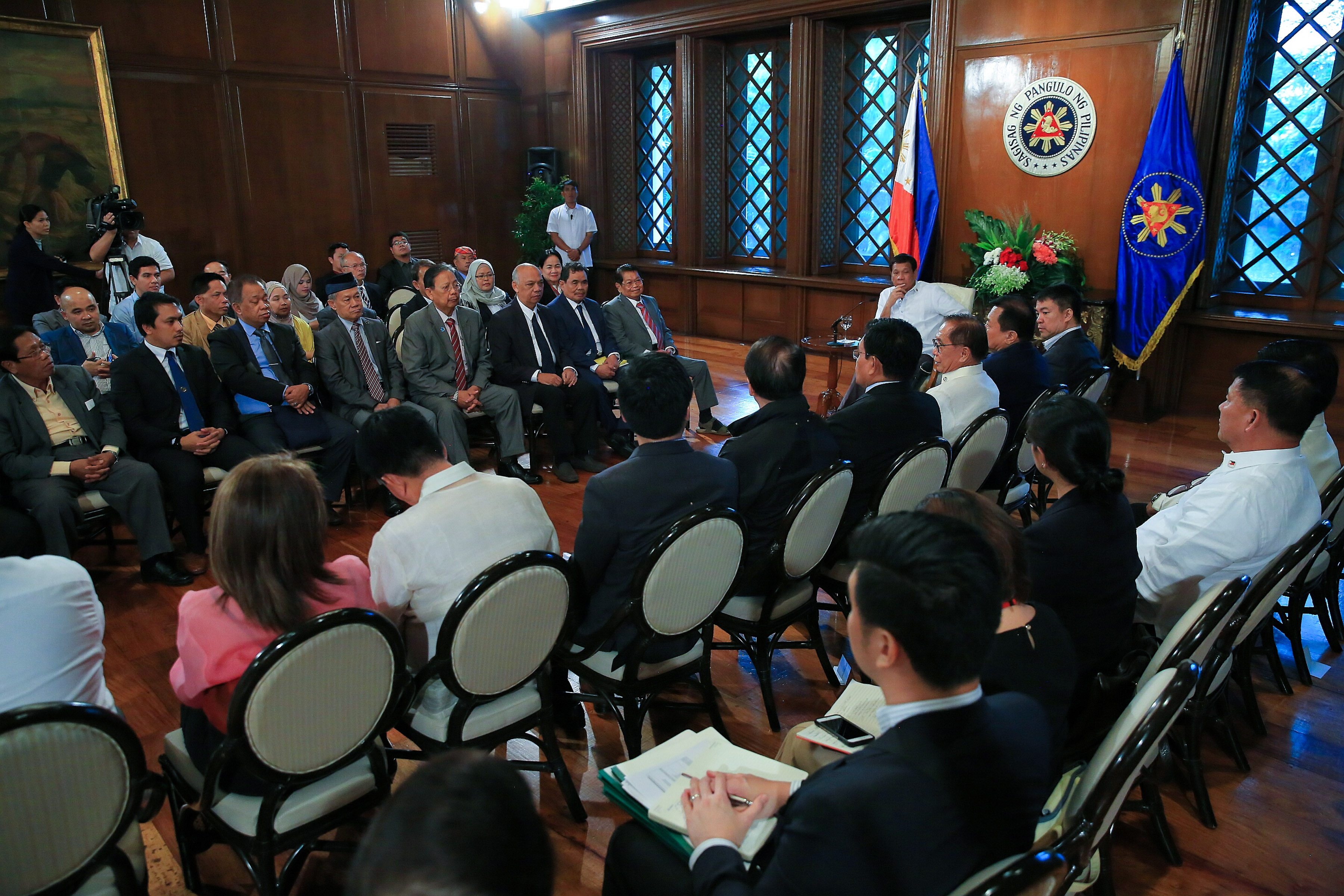 BTC Commissioner Jose Lorena said a legal panel was created to ensure that the bill’s provisions are aligned with the 1987 Constitution.

“The current expanded BTC was directed to craft the BBL along these parameters: implementation of all agreements in [line with the] Constitution…we are minded by the constitutional provisions and we are in custody of the resolution of the constitutionalists so that the draft BBL can pass the constitutional tests,” Lorena said during the 2nd Senate hearing.

Deputy Presidential Peace Adviser Nabil Tan shared the same sentiment and called the new version of the proposed BBL “a more improved version of the 2014 bill.”

The former senator raised questions on the possible violations of the proposed parliamentary system of the Bangsamoro government and the implementation of Shariah laws, among others.

Pimentel said the system of government should be presidential, consistent with the 1987 Constitution.

(That’s my point. All elective officials are chosen by the people but in their proposal, they will only choose members of the legislative department. Then they will choose the members of the executive. I don’t think that is allowed.)

The former senator also questioned the lack of a specific provision ensuring freedom of the press in the proposed Bangsamoro constitution. Pimentel said the draft only states that “freedom of speech is guaranteed.”

(So if freedom of the press is not there, it means you can speak but you cannot make news. That is not right.)

Despite this, Pimentel said the measure is crucial in bringing long-lasting peace and development to Mindanao.

The proposed BBL seeks to address the problems caused by injustices to the Moro people by providing them autonomy. The Bangsamoro region would replace the existing Autonomous Region in Muslim Mindanao (ARMM).

For National Security Adviser Hermogenes Esperon Jr, the proposed BBL is an antidote to the rise of violent extremism.

“The successful conclusion of [the] peace process is still the most successful vaccination against the rise of violent extremism in the country,” he said.

If the measure is not passed into law, Esperon said the war in Mindanao would likely go on.

“One of the most pronounced threats is the Muslim communities turning away from the peace process. Therefore, President Duterte’s warning about the war in Mindanao is not far off,” he added.

Senator Juan Miguel Zubiri, the chairman of the sub-committee on the BBL, reiterated the Senate’s commitment to pass the bill.