Jan 24, 2018 10:42 AM PHT
Lian Buan
Facebook Twitter Copy URL
Copied
Her testimony will be vital in the local case in Nueva Ecija against her alleged recruiters. The local case will boost her defense in the drug trafficking charge in Indonesia 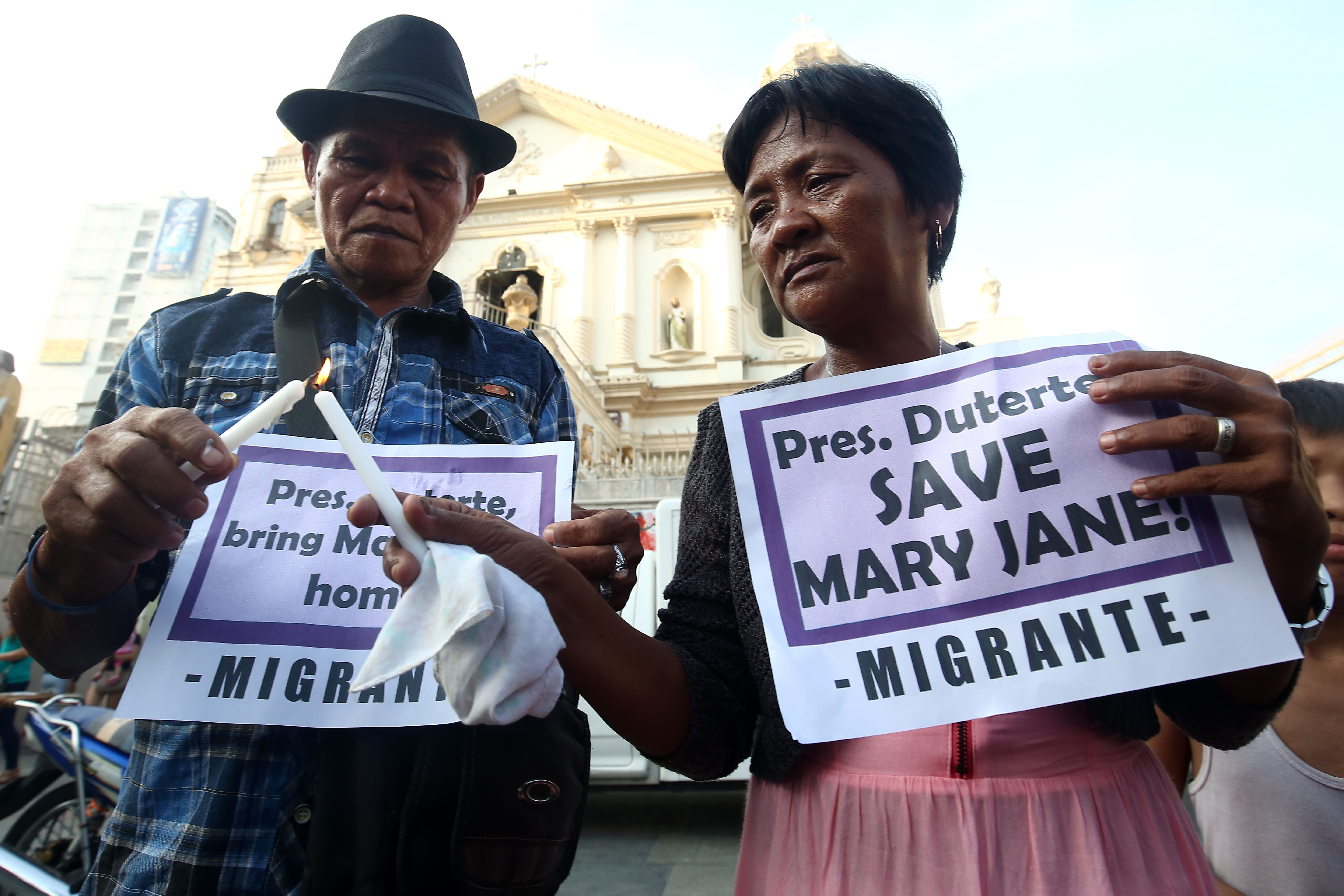 Calida submitted the motion for reconsideration to the CA’s former 11th Division on January 16. The court ruled in December 2017 that Veloso’s testimony through a written interrogatory taken from her jail cell in Indonesia would violate the constitutional rights of the accused.

This local case is the reason why Indonesian President Joko Widodo granted her reprieve from execution in 2015.

Calida said the CA “grossly ignored the extraordinary circumstance” that exempts Veloso from the rules.

He said the appeals court should not have strictly applied Section 15, Rule 119 of the Rules of Court. Under this provision, prosecution witnesses like Veloso may be “conditionally examined” only on two bases: that the witness is “too sick or infirm” to appear at the trial and that the witness has to leave the Philippines with no definite date of returning.

Even then, the witness has to be examined “in the same manner as an examination of the trial.”

Calida said Veloso should be exempted from that rule because of her extraordinary situation, which is that she is serving a death sentence in another country that now holds jurisdiction over her. Meaning, Indonesian laws apply to her too.

Besides, the Solicitor General said, to allow Veloso to testify would still be lawful under Rule 23 of the Rules of Criminal Procedure which provides that “the testimony of any person may be taken by deposition upon oral or written interrogatories.”

The Nueva Ecija court judge applied the above rule to allow Veloso’s testimony, but the CA overruled her and granted instead the wishes of Sergio and Lacanilao citing Rule 119 of the Rules of Court.

For that, Calida said: “(The CA) should recognize that in the performance of their duties amid the constantly and rapidly changing legal landscape, trial courts are persistently called upon to read laws not as estate mausoleums of texts, but as living, breathing and evolving documents.”

The CA decision also recognized that Sergio and Lacanilao would not be able to meet their accuser face to face, a right guaranteed by the rules. Their lawyers would also not meet Veloso face to face.

But Calida pointed out that when Indonesia allowed the taking of Veloso’s testimony in jail, they were the one who imposed the rule that “lawyers of both parties cannot be present.”

So how will it go? According to Edre Olalia of the National Union of People’s Lawyers (NUPL), the prosecution will send in their questions to the Nueva Ecija court, which they have done.

If it is allowed, officials from the Philippine embassy in Indonesia will read out the questions and record Veloso’s answers verbatim. In that proceeding, the Nueva Ecija judge will be present and so will officials from Indonesia, according to Olalia but “only to observe.”

“The camp for the accused is entitled to send afterwards their cross-interrogatories, which will follow the same process,” Olalia said.

Veloso celebrated her 33rd birthday on January 10, her 8th one behind bars since being caught with heroin in Indonesia. She claims she was just used as a drug mule by people, including Sergio and Lacanilao. – Rappler.com