Duterte to Middle Eastern countries: Do something to stop OFW abuse 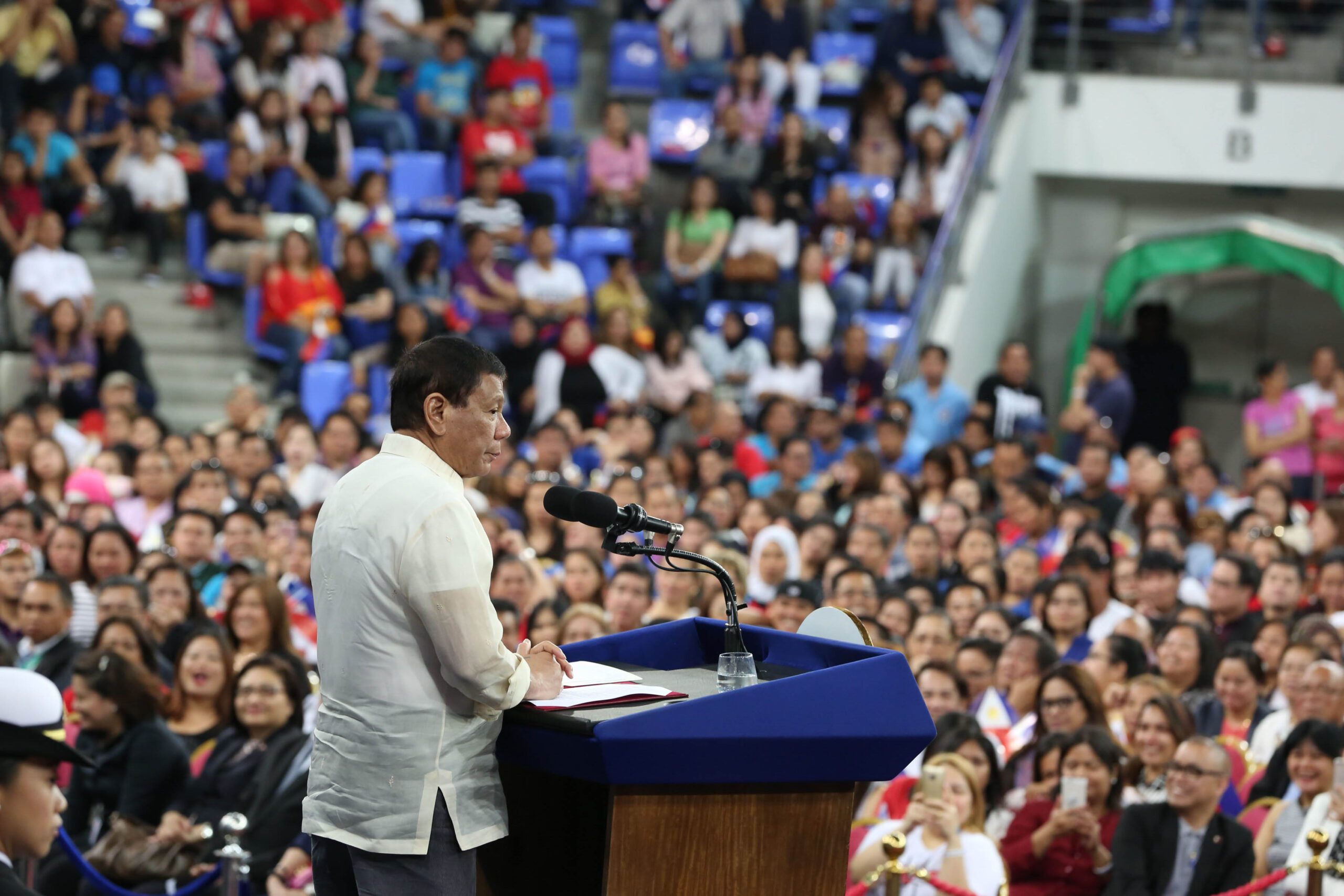 Facebook Twitter Copy URL
Copied
If cases of abuse against OFWs continue, President Rodrigo Duterte says he may impose a ban on OFW deployment to the Middle East

MANILA, Philippines – President Rodrigo Duterte appealed to governments of Middle Eastern countries to ensure that the rights of overseas Filipino workers’ are protected.

If there are more cases of rape and other forms of abuse perpetrated against OFWs, Duterte said he might just ban the deployment of Filipinos to these countries.

“Can I ask you now just to treat my countrymen as human beings with dignity. I do not want to fight with you. We need your help to improve our country,” he said on Wednesday, January 24, before leaving for India to attend the India-Asean commemorative summit.

“One more incident about a woman Filipino worker being raped there, I am going to stop, I am going to ban, and I am sorry, all the Filipinos there, they can all go home,” he also said.

The President’s remarks come days after the Department of Labor and Employment stopped the processing and issuing of overseas employment certificates (OECs) to all Kuwait-bound workers.

This after Duterte, on January 18, said he was mulling a “total ban” of OFWs going to Kuwait.

During his Wednesday speech, Duterte recognized how jobs provided by Middle Eastern countries to OFWs contribute significantly to the Philippine economy.

But he said such benefits should not come at the cost of the lives or the welfare of the OFWs themselves.

“You are of help but if it ends with mysery, rape and everything, and my countrymen committing suicide, there is always a time. We are poor, we may need your help but we will not do it at the expense of the dignity of the Filipino,” said Duterte.

If he cannot end the abuse done to OFWs, Duterte said there is no reason for him to stay President “a minute later.”

Last April, Duterte toured the Middle East where he met with royalty, government officials, and OFWs.

His order to stop deploying OFWs to Kuwait came after the deaths of 7 Filipino workers in the country. – Rappler.com